The Acai is a species of palm tree, its fruit generally known as “Acai Berry”. It grows mainly in the river side of Amazon of Brazil. The fruit is rich in calories, calcium, vitamin A, C, amino acid, antioxidant and some more important nutrient contents. This exercise will show the economic reason behind the steep price hike and what measures can be taken to combat against this price hike. I will also try to explain the rationale behind the proposed measures. Section two of this exercise will describe the market scenario of Acai fruit in Brazil, section three will contain relevant economic model, section four will depict critical analysis of key arguments and finally a conclusion will be drawn.

The Acai fruit mainly grows in the Brazilian area of Amazon River basin. Traditionally the fruit used to cover major portion of diet of indigenous Amazon people. It was traditionally a food item for poor people. Due to its higher nutrient value the fruit has caught significant attention of International consumers. As a result the fruit has become a super food in US and international market in recent days. From a “giffen” good “Acai Berry” has now become a “super food”. The boom of Acai fruit consumption in last three decade created opportunities for new product pathways and transformation industries.

Sharp rise of this product price is explained by the theory of demand. Due to Acai berry’s nutrient values, higher demand by Brazilian consumers and international demand Acai price has gone up significantly in past few years. Even after significant price increase demand for Acai berry did not decrease. This is may be the reason of its nutrient value. As the willingness to pay did not decrease; price of this product is continually increasing. 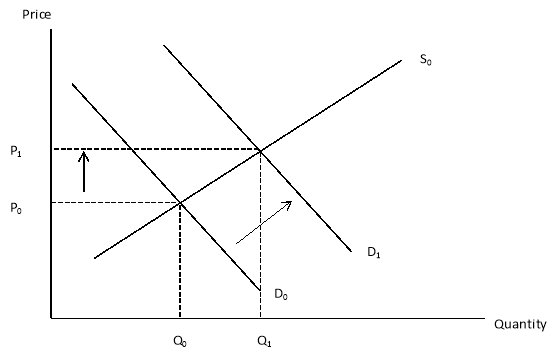 Figure-1: Increase in Price due to increase in demand

Table-1: Per capita GDP (PPP) of Brazil and the USA

Acai Roots, a Brazilian company based in California, estimates the size of the US retail market for acai products to range between USD70 million to USD100 million. (Goddard, P. 2010)

Acai trees usually produce fruit in three to five years of plantation. Trees produce fruit twice in a year. As Acai can be only produced in a specific climate (climate like river basin of Brazilian Amazon). It has a limited supply against the rising demand.

A survey by JD Power and Associates late last year (2013) found that American consumers are Optimism, they simply seek value for their money, Brand conscious, Authenticity-seekers, Purpose-driven, and Mature.

Currently Brazil is experiencing a consumer behavior that America experienced post-WWII period of the 1950s and 1960s. Brazilian sales are growing four times faster than the U.S. Retail sales in the emerging market nation are increasing at 7 to 8% a year. At the same time America is only experiencing retail sales growth of about 2%. [Result is summarized from a research report of Boston Consulting Group (BCG)] 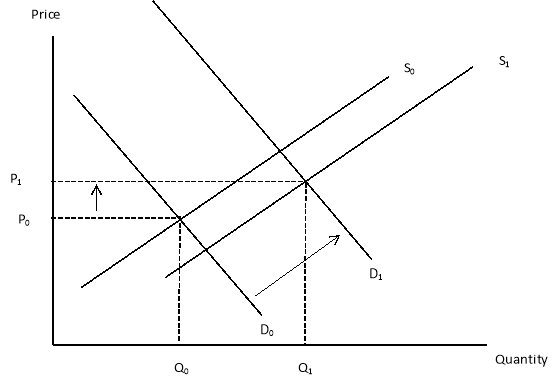 Due to Acai fruit’s global increased demand local producers of Brazil are now under presser of increasing the supply of this fruit. As this fruit requires a specific environment to grow, local producers are not being able to match with the demand of this product. As a result as theory of supply suggests price of Acai fruit has gone up significantly (prototype scenario is portrayed in figure-2).

Because of its higher demand producers now can change high price for the product hence higher profit margins for the local producers and others.

Theory of completion suggests super normal profit attracts more new entrants into the market. Super normal profit attracted many new producers and some corporations in to Acai production and processing industry. However, as described in figure-2, demand has increase more than the increase in supply. As a result price of Acai is still in climbing stage. But superior technology, better scientific production process can lead to a greater supply of Acai fruit which may create downward pressure on price.

As multinational companies are now a player in Acai fruit industry they can exclude the small local producers from the industry. MNCs can do so because they have better supply-chain management, they can enjoy economies of scale hence lower cost of production.

Exclusion of local small producers will have a negative effect on Brazilian economy. Some of the producer may need to switch from Acai production to some other crops. As a result their household income may fall. If their household income falls then the overall level of welfare of the local people will also decrease due to fall in income. On the other hand, engagement of large corporations and MNCs into the Acai production and processing industry may lead to economic development of the local community as well as Brazil overall. This is a paradox.

To me, this is a great paradox whether exclusion of small local producers of Acai will have negative effect on Brazilian economy or not. If the economic benefit of inclusion of large and multinational corporations in to Acai production suppresses the negative effect only then the welfare state of local small producers will not hamper.

The government of Brazil may take some remedial measure to combat against the increase price of Acai and work toward supply enhancement. Some of the suggestions are:

To fight against price hike

Brazilian government can come up with few projects which will work for inventing better technology and production process so that the local producers can use superior production and processing system at lower price. These types of projects can lead to increase in Acai fruit supply, which will definitely create downward pressure on Acai fruit rising price.

Acai fruit is a rainforest fruit that grows in river basin of Brazilian amazon. By the last decade the fruits’ demand has gone significantly producers have failed to generate adequate supply. Price of raw materials has gone up by many folds, suitable lands for growing Acai fruit is now becoming scares, increasing world demand for its nutrient value have led to enormous price hike. As the industry is not perfectly competitive, a super normal profit is exist in the industry. And economies of scale, higher raw materials price have excluded some small local producers from Acai production. Subsequently local indigenous people have lost their major diet which is beyond their reach. Increasing world demand, shortage of supply, and abnormal price hike in last few years, all these are now debatable issues, and prime policy concern.

Hepburn, C. 2006, Regulation by prices, quantities of both: a review of instrument choice. Oxford Review of Economic Policy