Monopoly market is a type of market which comprises a single seller selling a unique product in the market. In a monopoly market, seller does not face any competition, as he is the only seller of the goods with no close substitutes. For example, a pizza shop may have monopoly, although burger may be a substitutes. Monopoly market lacks the competition. Barriers to enter into monopoly market is very high. It is possible to have a monopoly in short run but it is difficult in long run due to high barriers which exists because the first and foremost reason is that single firm owns the key raw materials necessary to produce a good. We can take DeBeers as an example as it has control over most of the world’s diamond mines. Secondly, the government gives a single firm exclusive rights to produce the good. Examples patents, copyrights laws and public franchise. Third reason is the larger economies of scale that creates natural monopoly, where a single firm can supply the whole market at a lower average cost than two or more firms. Natural monopoly arises as a result of economies of scale because for natural monopoly the average total cost declines significantly as output increases giving monopolist cost advantage over potential competitors (Hubbard R. G., 2016). 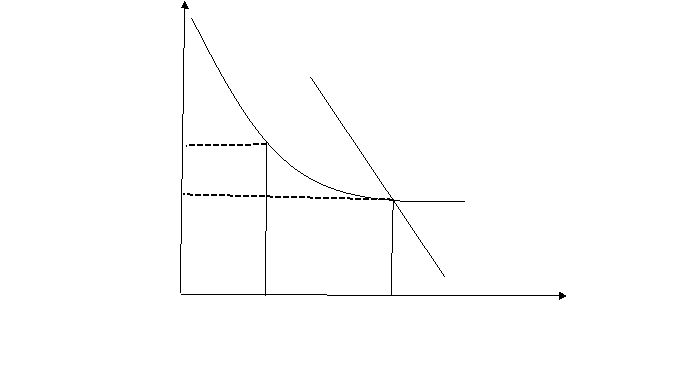 Average total cost for natural monopoly can be expressed as:

Similarly network externalities can be taken as the fourth reason as it occurs when the usefulness of a product increases with the number of people who use it. Mobile phones can be a good example. 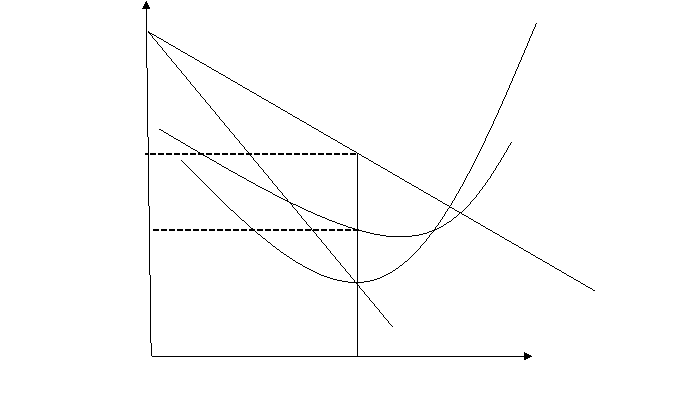 It is clear that monopolist charges higher price and produces small quantity of goods as compared to competitive markets. The higher price determined by monopolist reduces the consumer surplus, some of which is captured by producer surplus and some results in deadweight loss as depicted by the figure below:

Thus, the above figure clarifies that the price, output and profit of monopoly market can be identified by examining the demand, marginal cost and marginal revenue(MR) curves. Monopolies cause economic inefficiency due to the higher price and the output that is lower.

Sydney Water Corporation is a firm with significant monopoly power in Australia. It is a state owned corporation, wholly owned by the New South Wales Government. Sydney water corporation is fully responsible for supplying water for various purposes either for household or industrial purposes. Sydney water corporation has monopoly over the distribution or supply of water all over the Sydney region (Sydney WATER, 2018). It is only the firm providing the network of water pipes because there are very high capital costs involved in setting up a national network of pipes.

Sydney water corporation is a natural monopoly firm. It is because the cost of water supply is so expensive that there are no any competitors for distribution of water in Sydney region and also it requires expensive infrastructure to provide the services. If the Sydney water suppliers decided to raise their prices it is likely that most consumers would continue to purchase water, so the seller is a price maker. This firm does not possess any competitor to compete in the market. 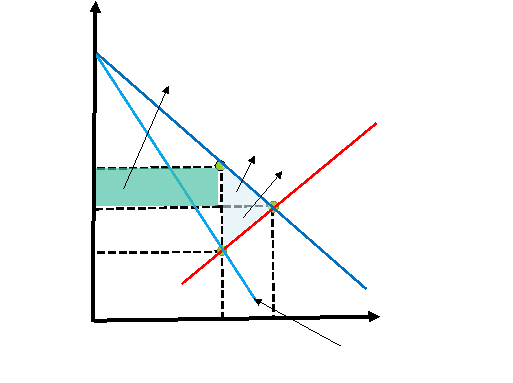 Above figure represents the economic inefficiency of monopoly firm as Sydney water corporation. Here marginal revenue curve(MR) and demand curve are sloping down wards. Marginal revenue lies below demand curve.The monopoly quantity(Q m) equates marginal revenue and marginal cost(Mc), but the monopoly price(Pm) is higher than the marginal cost. A monopoly expenses a better charge, (Pm), and produces a smaller amount, (Q m), than a perfectly competitive industry, which prices price (Pc) and produces the amount (Qc). The better charge reduces consumer surplus by means of the region same to rectangle (A) and triangle (B). Some of the discount in client surplus is captured through the monopoly as manufacturer surplus and a few turns into deadweight loss ,which is the location equals to triangles (B) and (C).

A monopoly firm as Sydney water corporation has a capacity to set the price by themselves as because of lack of their competitors. Monopoly firm usually sets higher price with a view to earn economic profit by producing the lower output. This results in economic inefficiency. Thus, the government intervention may be used to control the monopoly power causing economic inefficiency. Government regulates monopoly in order to reduce the excess prices, to ensure that the firm meets minimum standard of service and to prevent the abuse of monopoly power (Pettinger).

Price cap system: It is the system in which government controls monopoly power of water supply by enabling to set the prices according to the state or position of a firm.

Regulation of quality service: Government can regulate Sydney water suppliers by testing whether the services provided by them are of quality or not.

Breaking up monopoly: In case of Sydney water suppliers, if their firm becomes more powerful then in such case government may impose the rule of breaking down monopoly. It is rarely applied.

Rate of return regulation: It is the condition where government judge the firm’s profit with the size of the firm. If a monopoly firm makes significantly higher profit ignoring its size then at that time government may regulate their power by enforcing price cuts or take one off tax (Pettinger). 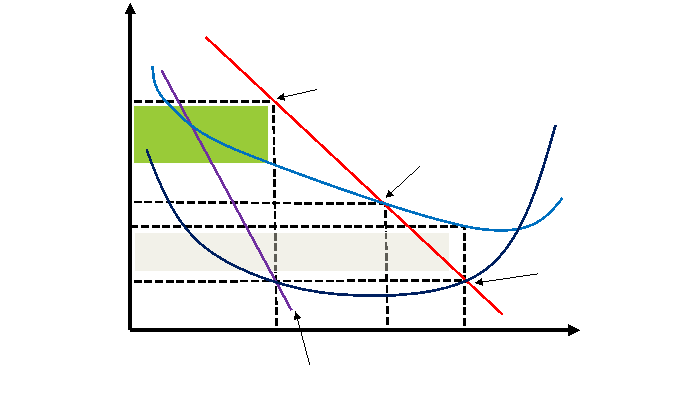 Above figure clearly reflects that if a natural monopoly firm like Sydney water corporation fully exercises their power then it is obvious that those firm will set a price equals to (Pm) and produce (Q m). A monopoly firm can even earn profit equal to green shaded region if they are not regulated. But government intervention is required for the efficient economy so that government sets a price especially for water supplier company by calculating their normal rate of return based on the rate of return for economy and factors such as risk and expected rate of inflation. So as per above figure the regulated price will be equals to (Pe) and produce (Q e), where price is equals to marginal cost (MC). If government regulates monopoly firm then as in figure (Pe) falls below average total cost (ATC) and the firm has to suffer loss. If a monopoly firm has to suffer loss, they stop their production as it is not possible in long run. The regulated price by the government will be equals to average total cost(ATC) which is (P r) in the figure.