According to Location OC (2017), Orange County's GDP growth has been very consistent in its healthy incline. Being the 6th most populous county in the United States, it would rank as the 30th largest nation within the country if it gets considered as a state. In 2018, the GDP in Orange County was approximately $256 billion. If Orange County was to be considered as a separate country, it would rank 45th in the world in terms of gross production. Since Orange County's GDP is healthy, their unemployment rate is lower than the state's average (4.40%). Orange County has 3.2% unemployment rate this year which is lower than other Southern California counties as well. According to Orange County's Annual Crop Report in 2018, it showed that the top produce is from fruits (33 million) followed by vegetables (16 million) and livestock at 3rd with (1.5 million). Orange County's FY 2018-2019 Annual Budget came up to $6,472,346,815 billion for the total of all programs. Total general fund programs got $3,455,266,221 billion and total non-general fund programs got $3,017,080,594 billion (OCGov.com, 2019).

5 Macroeconomic indicators for Orange County that will be discussed and the first one is GDP. Orange County has a healthy economy because its GDP growth is at a good pace, not too fast and not too slow. This county grew healthier as the years has passed. Second is employment indicators (labor market, unemployment, wages). Unemployment in Orange County has been very low and the work force in this county is considered to be an asset since they are very well educated and skilled. The third and fourth macroeconomic indicators will be Housing and Poverty which are very closely related. According to the Orange County Economic Report (2018), there has been a housing crisis in Orange County since owning a house in very expensive. People opt to stay in an apartment or lease a property. The U.S. Census Bureau estimated that in 2017 the median household income increased by $2,719 which reflected a 4.7% increase. However, the same year the poverty rate also increased from 11% to 11.5% which greatly reflects to the county's housing affordability crisis. The fifth and last indicator will be Educational Attainment. It has been stated from the Orange County Economic Report (2018), that there was a decline in in graduate degrees in 2017 due to the county's generally healthy employment rate that encouraged the younger individuals to enter the work force rather than go to school and the fact that this region has a high cost of living that prevents young adults to afford higher education. Currently, the major problems that Orange County has to address are poverty and housing affordability. 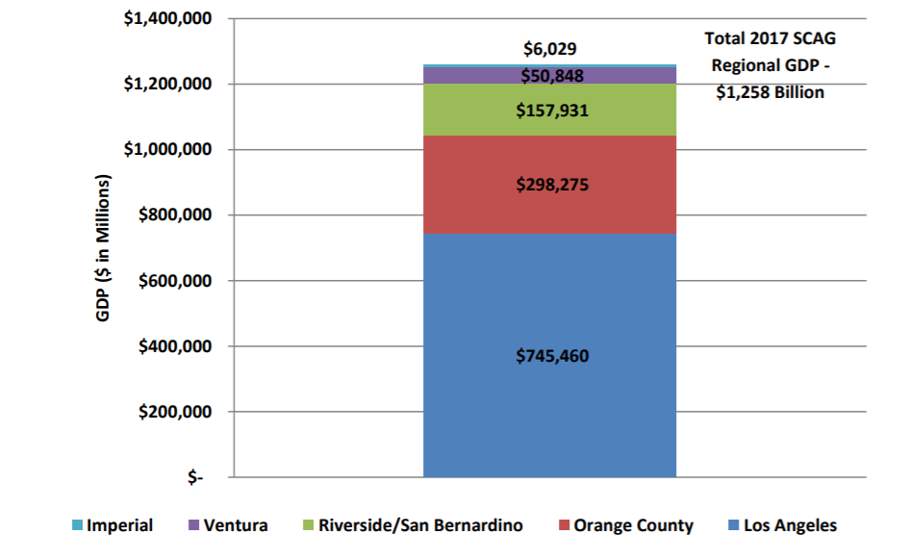 Orange County is also known for its skilled and well educated workers. Table 4. which is a pie chart will be displaying the educational attainment of Orange County's population (25 years and over). The highest percentage is from the population that has a bachelor’s degree at 26.1%. The next one is at 19.7% which means some went to college but did not get a degree. This is followed by high school graduates at 17.3%, graduate or professional degree holders at 14.2%, less than 9th grade at 8%, Associate degree holders at 7.7% and last is 9th graders to 12 graders that have no diploma at 7%. From the pie chart, it is derived that 67.7% of Orange County has a higher form of education. Having a house in Orange County is such an impossible dream for some residents since this county's house prices are so high. Orange County has had and are currently facing a housing crisis. Real Estate property is surely not affordable in Orange County. Figure 5. shows a bar graph that depicts home prices in Orange County, Los Angeles, Ventura, Riverside, San Bernardino and Imperial. Throughout the years 2007 to 2018 the trends have been the same for all regions, prices in 2007 has been high for all, went down in the following years and have started to rise again in the recent years. In 12 years Imperial has the lowest median home price followed by San Bernardino, Riverside, Los Angeles, Ventura and last is Orange County which has the most expensive median home price.

Unemployment if the first macroeconomic indicator that Orange County seemed to be very good at because it has very low unemployment rates. Recession in 2010 greatly affected businesses and firms that caused them to lay off workers, that is why Orange County has gotten their highest unemployment rate then. The region has started to recover in the recent years and now has a good unemployment rate which is at 3.2%, lower than the state's unemployment average of 4.40%. This shows that Orange County has a healthy market because unemployment is low, there is demand for production which creates jobs for people. Not to mention that in 2017 there has been an increase in median household income. GDP, the second indicator picked, shows the same healthy status in Orange County since GDP is higher compared to larger regions in Southern California. The third indicator discussed under Data is Poverty. As seen in Table 3. the per capita income and median household income has slowly increased from 1990 to 2017. In 2016 and 2017, there has been an incline in both per capita income and median household income which surpassed the poverty line. In the most recent years, some residents in Orange County has been able to get out of the poverty zone.

Following this is the Educational attainment indicator. Education in Orange County has been really good considering that 67.7% of its population has some kind of higher education and that the lowest kind of education for Orange County residents is less than 9th grade which is at 8% which is not too bad because the rest of the population is either a high school graduate or is a 9th grader or up. The last indicator is Housing, which has been a problem since the very beginning. Housing in Orange County has been expensive than any region in Southern California. It was very expensive in 2007 but later on prices started to fall in 2008-2012. However, prices started to pick up in 2013 and have continued to hike until 2018 which is currently the highest median home price in 12 years. This is truly a crisis for Orange County residents.

Currently, work force is considered to be Orange County’s main asset. Unemployment rate is really low which means residents are very involved in the labor force. In addition, educational attainment is looking really good for Orange County too, they have very skilled workers which means they have been taught and trained properly. Businesses are striving too as seen in Orange County’s high GDP. All three indicators mentioned are Orange County’s strong points. However, challenges will always be there and for Orange County, it is poverty and its housing affordability crisis. Ultimately, if the challenges be surpassed, it is no doubt that Orange County is such a great region that has a lot of great opportunities waiting for it.

Orange County is such a great area that it possesses a lot of tourist attractions. One popular destination is Disneyland. From this it is very evident that the hospitality industry is a great business that will surely thrive in this area. Hotels, restaurants and theme parks are great investments that will surely prosper in Orange County since it is already well known for it.

Expansionary fiscal policy is when the government reduces tax rates, increase government spending and promotes demand.  Expansionary fiscal policies promote growth to a healthy economic level (GDP), reduces unemployment and it increases consumer demand because there is more purchasing power (Lumen Learning, 2019). For Orange County's housing affordability crisis, a Fiscal policy might help in this challenge. Having a Fiscal policy will help the region have more purchasing power from the tax reduction. When there is less tax paid, residents will have more money to actually save and get a house. Having an Expansionary Fiscal policy in action will also get a big portion of the population into the labor force which means more income. More income and less taxes will be a great help in making houses more affordable to Orange County residents. As seen from the graphs provided in the Data section, Orange County's work force is doing really great and unemployment is low. It can also be seen that in Figure 3. the median household income has started to grow with each passing year and has actually surpassed the poverty line. From this information it can be derived that Orange County is improving throughout the years. With the help and a little push from the government, Orange County would be able to solve its housing crisis later on.

Once a Fiscal policy is in action, there will be lesser taxes and there will be extra money in the hands of Orange County residents. This money will help them invest into real estate establishments and houses. The more spending power the population has the more it will spend on its basic needs. If cutting on taxes and boosting purchasing power is still not enough, the government can always offer assistance in struggling families so that they can afford housing. With the Fiscal policy in action, it is more likely that Orange County will continue to expand and it will be able to solve its current problem which is housing affordability.