Anxiety levels among college students were examined to understand the different types of anxiety and how it affects college students. 77 psychology students participated in this study. The average age of the participants was 23.21, ranging from 18 to 35. There were 11 males and 66 females participating in this study. The grade levels of the participants were 1 Freshman, 3 Sophomores, 32 Juniors and 41 Seniors. The participants were required to fill out a basic questionnaire and the State-Trait Anxiety Inventory (STAI). The two variables of our study was anxiety level in college students and GPA. GPA was the independent variable and anxiety levels were the dependent variable. We found that students in their middle years of college had a slightly higher anxiety score than seniors. However, the year the student was currently in did not make a significant difference. We also found that students who have high GPAs had lower anxiety scores. There was a negative correlation between a high GPA and low anxiety score. We found a significant correlation between state and trait anxiety. Students with high state anxiety also had high trait anxiety. In conclusion, our results indicate that the year a student is in, GPA and state and trait anxiety all affect college students’ anxiety levels. Our research indicates that anxiety level in college students can depend on a variety of factors and much more research needs to be conducted in this area.

State and Trait Anxiety and How It Affects College Students

It is well known that many college students experience anxiety throughout their academic career.  It is far too common and there are many important questions to ask in regards to anxiety being so prevalent among college students today. Aubrey Lewis defines anxiety as an emotional state with fear being a major characteristic related to the emotion (Endler & Kocovski, 2001).  Research suggests that 2 to 50% of college students are suffering from psychological problems. Out of 10 students, one student will have psychological problems that require professional help (Kumaraswamy, 2013). However, most college students’ need for professional help is unmet due to the lack of resources of most counseling centers (Auerbach et al., 2018). There are many different types of anxiety and it is important to differentiate the types and understand the differences. An example of two ways anxiety can be experienced is trait and state anxiety. According to Spielberger, trait anxiety is defined as the tendency to respond to threats and negative emotions. Trait anxiety has to do with the individual’s personality (Endler & Kocovski, 2001). Spielberger defines state anxiety as a temporary emotion that occurs through psychological arousal (Endler & Kocovski, 2001). State anxiety occurs under specific situations. If a situation is perceived as threatening to an individual, that individual will experience state anxiety.  It is evident that much research still needs to be conducted in order to understand the different aspects that can affect these psychological problems in college students.

In this research paper, we will be asking three very important questions in regards to anxiety in college students. Our first prediction focuses on the year the student is currently in. We predict that students who are in their last year of college will display higher levels of state anxiety compared to those who are in their second or third year of college. Next, we predict that students who have a higher grade point average (GPA) will have a lower state anxiety score than those with lower GPAs. In a previous study, there was a significant positive effect between low achievers and high achievers. The lower achievers had larger trait-state discrepancy than the higher achieving students (Roos et al., 2015). This study showed that achievement ratings had a significant effect on the anxiety ratings. Finally, we would like to know whether state and trait anxiety are related. That being said, we predict that a student with a high state anxiety score will also have a high trait anxiety score. According to Endler, the situation an individual is in needs to be congruent with trait anxiety to increase the level of state anxiety (Endler & Kocovski, 2001).

Students had to fill out basic information about themselves using a questionnaire. Students were asked their highest level of education, total years of education, current year and GPA, how many credits they are currently registered for, employment status, how many hours they worked per week, race and ethnic group, if they were born in the United States, date of birth, age and gender. After filling out their basic information, they then filled out the State-Trait Anxiety Inventory (STAI). The STAI asked students to indicate their state anxiety which was how they felt right now and their trait anxiety, how they generally felt about different statements (Julian, 2011). The scale rating was from one to four; one being not at all and four being very much so. There were 40 statements on the STAI. Psychologist Charles Spielberger developed the STAI. Spielberger first produced the STAI with Richard L. Gorsuch, Robert Lushene, Peter R. Vagg, and also Gerald A. Jacobs. (Spielberger, Gorsuch, Lushene, Vagg, & Jacobs, 1983). The STAI is reversed scored. Some items on the STAI are worded positively such as “I feel calm” and some are worded negatively, “I am tense” (Range, 2013). The STAI is extremely reliable. It is widely used in research and it ranked first in a citation analysis with six other measures of anxiety (Range, 2013). There are different types of reliability. An example of one type of reliability is test-retest reliability. Test-retest reliability is measuring the reliability by using the same test twice over a period of time (Range, 2013). Internal consistency is another type of reliability. Internal consistency means that every STAI question is measuring the same thing. People who score high on the STAI and described themselves as anxious are diagnosed with anxiety disorders and people who do not describe themselves as anxious on the STAI are not diagnosed with any anxiety disorders (Range, 2013). There were 16 items on the basic information questionnaire and 40 items on the Y-1 and Y-2 or the state and trait forms.

Our next correlation was conducted to test whether students who have higher GPAs will have a lower state anxiety score than those with lower GPAs. Students with higher GPAs and low anxiety scores were significantly correlated, r (77), = -.27, p = 0.017. The correlation had a negative direction and it was relatively weak.

For this study, we wanted to test how anxiety affects college students. Our first hypothesis focused on the year the college students were in, predicting that students in their last year will display higher levels of state anxiety than those who are in their second or third year. The State-Trait Anxiety Inventory questionnaire and a basic questionnaire was used to determine each participant’s anxiety level. Our results did not support this hypothesis. We found that students in their sophomore or junior years had a slightly higher anxiety score than seniors. Our results were not similar to previous studies. In a previous study conducted on dental students, first-year dental students had a higher anxiety level compared to second year students. The cause of this higher anxiety level may be due to the new environment that students must adjust to (Saxena, 2015). First year college students have many new adjustments to make including greater academic commands, being on your own for the first time and exposure to new people and a new social life (Kumaraswamy, 2013).

It is important to discuss the limitations of this study. Our first limitation is the three students who did not submit the data entry correctly. This resulted in taking these students out of the study. Having these three students submit the data correctly and be participants in this study could have ultimately altered our results. Next, our study was conducted in a classroom setting. This could be a limitation because the students are required to participate in this study. This could affect the participant’s motivation to take this research experiment seriously. Participants could have skimmed through the questionnaires instead of thoroughly thinking through each question. Another limitation is that we had a limited sample size. Having a limited sample size could have ultimately affected our results because we were not able to adequately represent the majority of college students. For future experiments, these limitations could be modified to improve this study. The first improvement would be to make sure each participant fully understands the directions of the study and how to enter the data correctly. This could prevent students from making mistakes in the experiment and could avoid any miscommunication among the participants. Another improvement would be to have a larger sample size. This type of experiment should have a much larger sample size so that we could have more accurate results. Changing the setting of the experiment might provide more accurate results. Conducting this experiment in a laboratory setting instead of a classroom setting could improve this study. In a classroom setting, there are many variables that the experimenter has no control over. In a laboratory setting, there is much more control. In a classroom, there are students who view grades as the most important thing or students who only want to pass. This can alter the motivation levels amongst the students participating in the experiment. However, in a laboratory setting there is an equal amount of motivation. 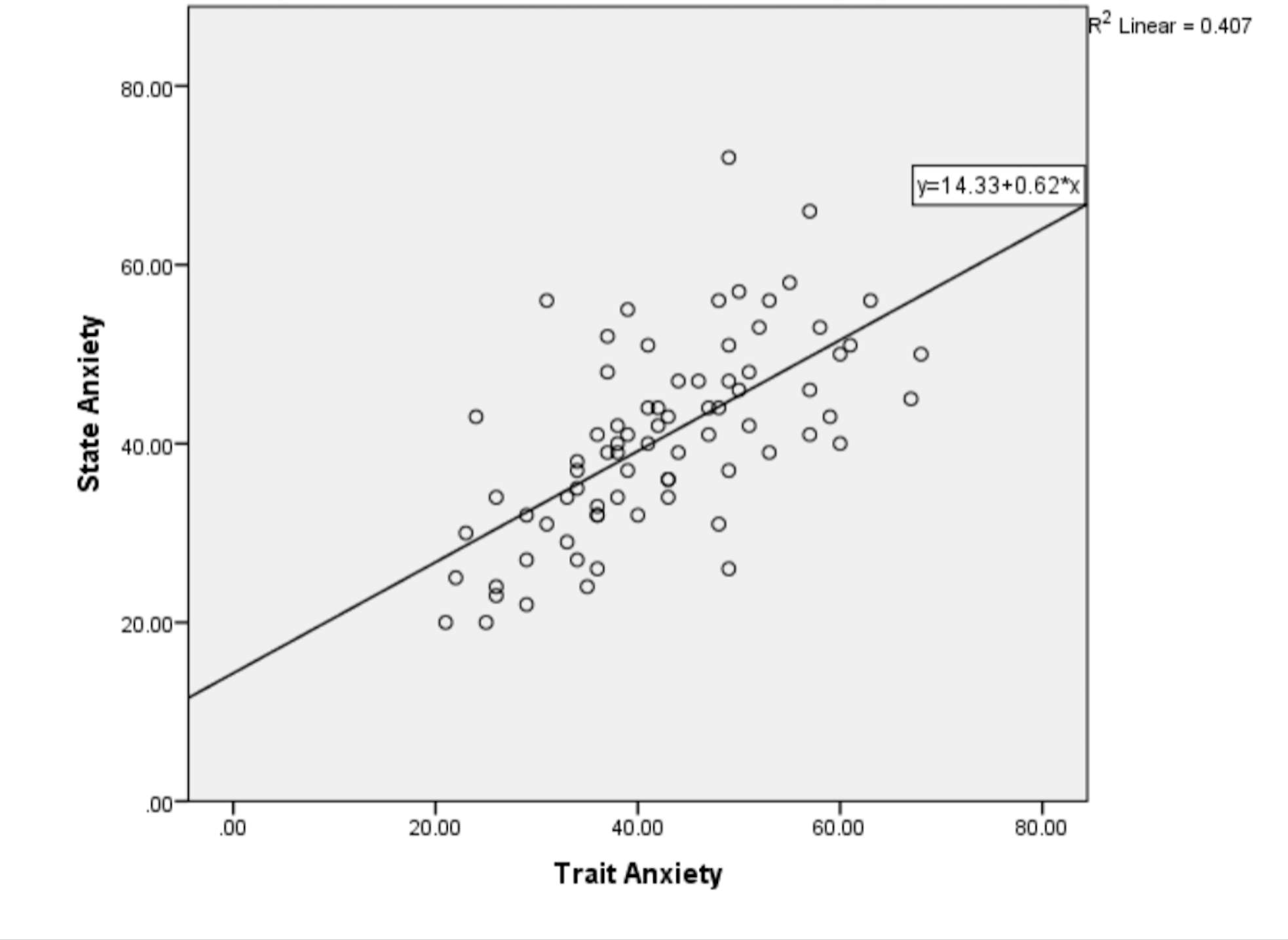