Pseudo psychology is branch under the studies of psychology. Pseudo psychology however it isn’t known for its reliability as it is not been scientifically proven to be a true. Although it isn’t scientifically proven yet, there are still a large number of people who still believe in it as it has grown to be what many people consider as a cultural phenomenon over the years. There are several forms of pseudo psychology and it can be classified into groups like astrology, phrenology, graphology and palmistry. Astrology is the study of stars, phrenology on the other hand focuses on the study of the human skull. Graphology studies the handwriting of people and finally palmistry is the study of the human palm.

Over the years, horoscopes have been popularize and has become a part of people’s daily lives. Horoscope is a form of pseudo psychology as it grouped under Astrology, the study of stars. Horoscope is an astrological chart or diagram that is represented based on where the Sun, Moon, stars and planets are position. Horoscopes are divided into 12 categories like Pieces, Aries, Taurus, Gemini, Leo, Virgo, Libra, Scorpio, Sagittarius, Capricorn, and Aquarius.

The objective of the assignment is to find out why people believe in pseudo psychology. We selected to focus on astrology in this research is due to the familiarity of it to most students. A survey was conducted among 50 students at random within the Faculty of Social Science, Arts and Humanities. Each student were asked to answer a set of 15 questions per survey. However, there were a number of students who had to be briefed on what pseudo psychology is before proceeding with the questionnaire. 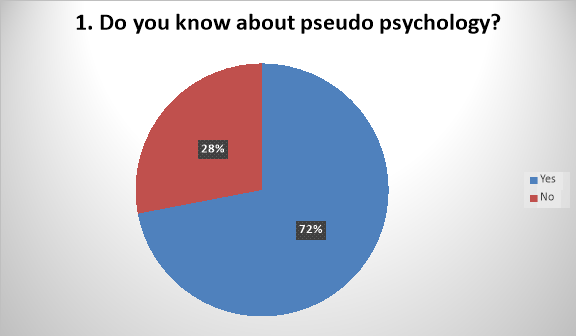 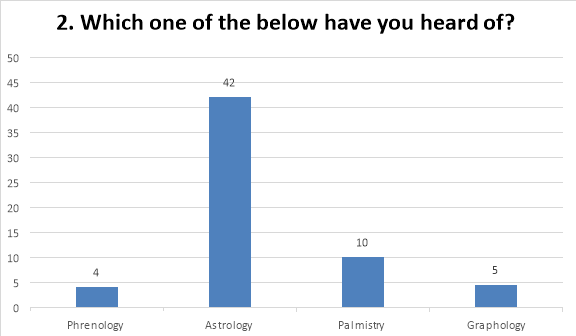 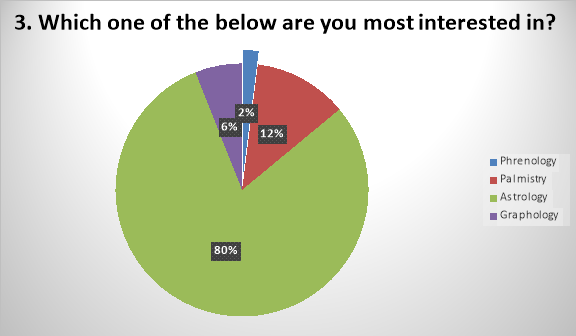 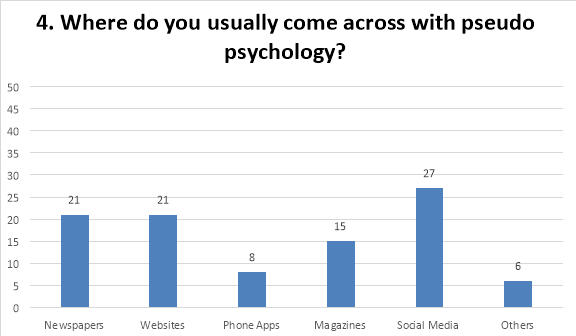 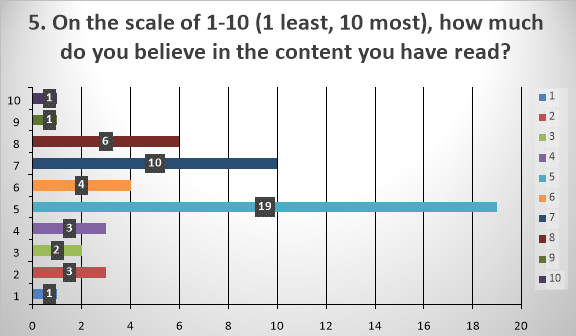 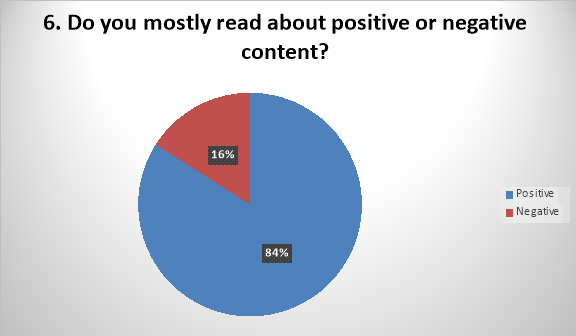 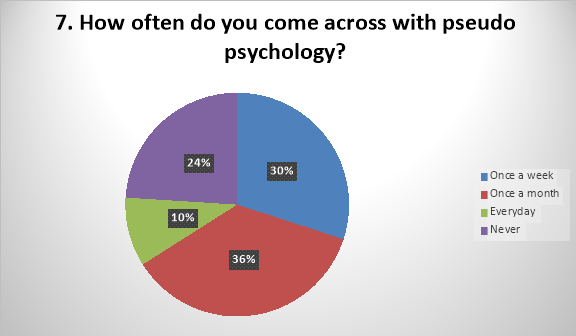 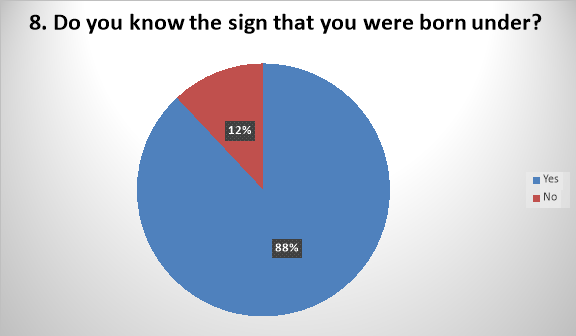 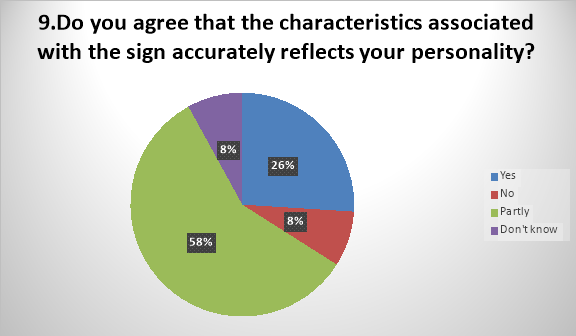 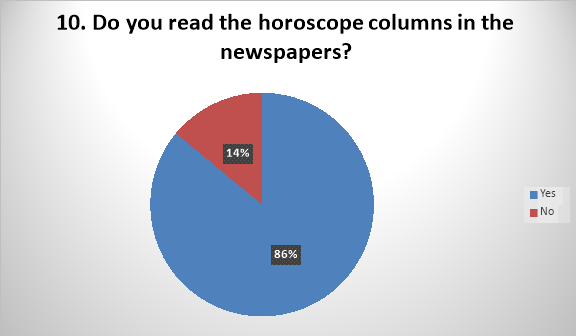 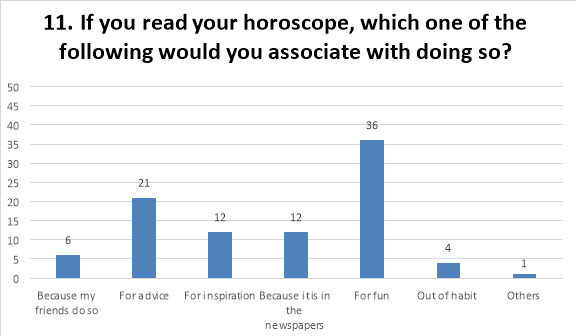 Based on question 11, if you read your horoscope, which one of the following would you associate with doing so, there are 36 students chose for fun and only 1 student chose others. Majority of the students from FSAH read their horoscope because they think it is fun. 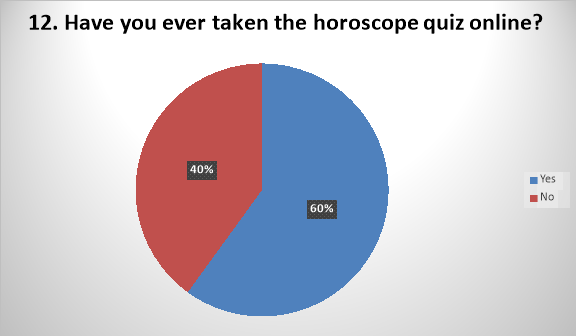 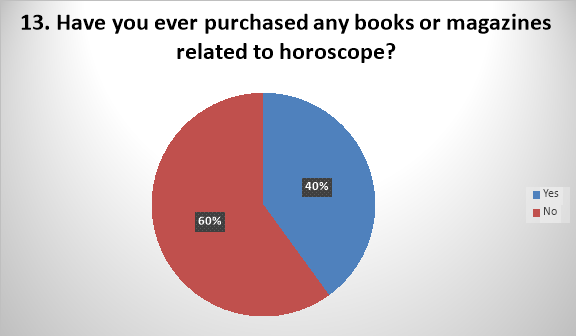 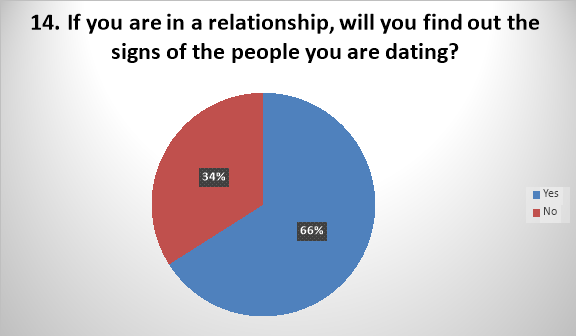 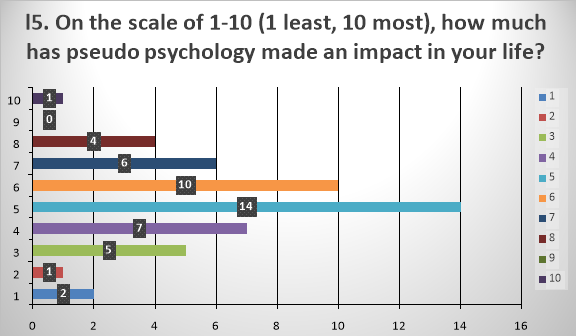 Based on the research conducted, we are able to understand that a lot of students from the Faculty of Social Science and Humanities are aware of what pseudo psychology is, especially like astrology. We can also see that they choose to expose themselves to pseudo psychology through the media like the newspaper or when taking a quiz about it online; it is a voluntary action. However, we are able to conclude that a vast majority who are expose to it often tend to focus only on the positive information. This is similar form of confirmation bias, where if someone’s horoscope says that they’ll have horrible luck that day, they forget about it and choose to not believe it. However if the information shows that they’d be having good luck that day, they’d say that horoscopes really works.