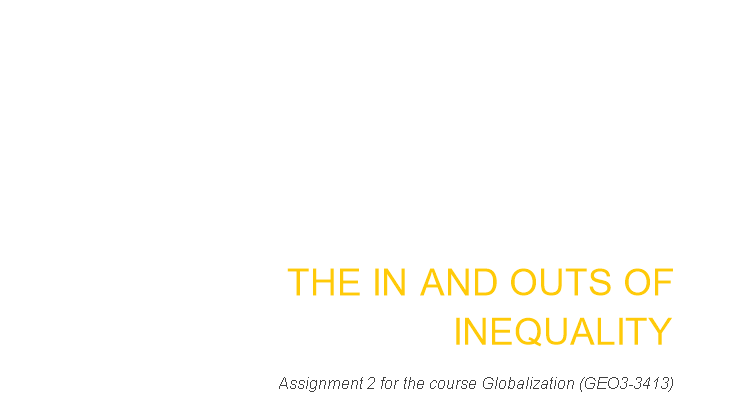 r>g as a cause

Inequality is as old as mankind itself. Think of the difference between the Pharaoh versus the tomb builders; the Caesar versus the proletariat; the King and his nobles versus the peasants; The factory owners versus the labourers; and at the moment, between business(wo)men, CEO’s and (investments) bankers versus lower-income jobs. There has always been some sort of inequality. But how does this inequality between people emerge in the society of our modern history and how will it develop in the future?

Capital in the Twenty-first Century by Thomas Piketty, both being praised as being criticised, focuses on this subject of growing inequality between people in our newest century and depicts the origin of this inequality since the beginning of the industrial Revolution. Piketty looks at the outcomes of the modern economical system and attempts to answer different questions considering this and the global dynamics of the distribution of income and wealth on the basis of historical and comparative data, and a theoretical framework (The Economist, 2014; Piketty, 2014, p. 8). Piketty’s outcomes resulted in the following question:

Why does inequality grow and how can it affect democracy during the beginning of the twenty-first century?

First of all, inequality is discussed and a personal opinion on the subject is given. Subsequently, this paper discussed the work of Piketty on the basis of the introduction of his book. And as last, the relationship between the outcomes of Piketty’s work and the future of democracy is discussed. This all resulted in a conclusion, which links back to the central question.

As mentioned earlier, inequality is not new in our world, and it will not fully disappear. A world without inequality is a utopian view. Inequality can only increase or decrease, but if it becomes centrifugal in one direction, then it becomes a problem and the cause of others. Inequality does not only have an economical dimension, and inequality in these different dimensions can go hand in hand. Economic inequality can for instance lead to other forms of inequality, like social inequality, inequality in opportunity or health. Furthermore, it can come hand in hand with psychological effects (Judge & Paterson, 2001, p.6; Scanlon, 2014; Wilkinson, 2011). 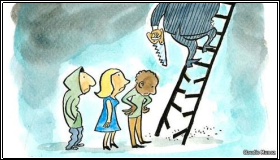 Other factors that come into play with inequality are the power relations between different actors (Flint & Taylor, 2011, pp. 28-32, 40-41). Scanlon (2014) argues that wealthy people in a society where wealth is unequally distributed often end up in control of many aspects of the lives of poorer people. He gives an example of how ownership of a public media outlet can give control over the view of people about themselves, others and society. In the words of Jean Daudrillard, a hyperreality can be created in which one can create an image of the reality for others (Valkenberg, 2012, p. 53). But this can also be applied to the creation of opportunity. Thus, inequality can give some people an undesirable degree of control over others.

Inequality is already something in itself, but it makes a difference if this inequality is justified or not. But how and when do you qualify inequality as justified? And where do you draw the boundary between justified or unjustified? This does not have to discourage. Wilkinson (2011) reasons that our mutual inequality and in which interrelation we stand against each other are key factors determining the average wellbeing of societies. So, to strive for less inequality in our society is a noble goal. But how and why does this inequality grows? To find an answer the work of Piketty will be consulted.

r>g as a cause

Piketty takes a new path with his work concerning economics and the question about unequal wealth distribution among people in societies and its evolution over the long term since the nineteenth century. He uses a clear and logical way of reasoning which is based on a large database, clarified in his introduction. This section will discuss Piketty’s work. The discussion will focus around his findings, and mainly on his idea of r>g. A remark must be made: the discussion limits itself to the introduction of the book, so not his whole work will be discussed.

Piketty (2014, pp. 9-12) looks at a longer time span and different time periods to find developments in history. Thereby, he finds some vital insight in two principles of David Ricardo and Karl Marx to understand the twenty-first century. This insight contributes to the acknowledgement of two types of forces, those of convergence and those of divergence. The forces of convergence can become overwhelmed by forces of divergence, pushing towards greater inequality. The most destabilizing forces of divergence are the ones related with the process of accumulation and concentration of wealth when growth (g) is weak and the return on capital (r) high. Piketty formulates this in a short ‘formula’ which makes the situation synoptic: r>g. A situation where risk of divergence is high, because inherited wealth will grow faster than output and income and the concentration of capital can reach extremely high levels (Piketty, 2014, pp. 20-23).

This all leads to greater inequality, which can reach levels “incompatible with the meritocratic values and principles of social justice fundamental to modern democratic societies” (Piketty, 2014, p. 23) contradicting the work of Simon Kuznets and his Kuznets curve, an idea that has long dominated economists (Piketty, 2014, pp. 12-15).

Previously addressed by Piketty was that: inequality can reach levels incompatible with our democracy. But Piketty does not give attention to this relation in his introduction. In this part, the relation between Piketty’s outcomes and the future of democracy will be discussed. How can growing inequality affect democracy?

In my opinion, democracy can certainly be affected by growing inequality between people. First, when too much inequality arises can mean that lot of social-economic conflict will stay in the social order. This will be politically expressed in a continuous struggle to eradicate the felt political deficit. Democracy in a fast changing society asks for continuous energy to keep democracy with the current demands. This cannot be reached, because the conflicts are constantly demanding time to be removed.

Secondly, in relation with the first point, growing inequality, its social-economic conflicts and the felt political deficit can result in discontent, loss of faith and disillusionment under (a growing group of) people (Caryl, 2014). Democracy cannot fully function without a majority supporting it and its policies. A demand of change will be dominate the public opinion. In a certain way it can be seen as a pendulum, it cannot keep going in one direction, at a certain point it needs to swing back.

Thus, in my eyes, democracy cannot work in its optima forma during a time of growing inequality.

First of all, inequality is not new, but its level can change over time because of forces of convergence and divergence. It is not limited to one dimension and these dimensions of inequality can sometimes go hand in hand. A certain relation between inequality and power relations was also found, possibly resulting in uneven control.

The question that was asked in the introduction was as follow:

Why does inequality grow and how can it affect democracy during the beginning of the twenty-first century?

During the discussion of Piketty’s work the cause of growing inequality during the beginning of the twenty-first century was found. Piketty showed with his idea of r>g that in a time with slow growth and the return on capital high, inherited wealth grows faster than output and income, resulting in more inequality. So, rich people can get even more rich and faster than people with a lesser fortune.

As last, democracy cannot work properly when inequality keeps growing. First, because the social-economic conflicts resulting from inequality demand time to be remove, so less time can be spend on the current and changing demands of democracy. Secondly, discontent, loss of faith and disillusionment in the current democracy can prevail under people, resulting in less support and a demand for change.

So, resulting from this, one could argue that when inequality in the twenty-first century keeps growing, the current democratic system comes to stand under pressure.