Abstract. To restore the shape of curved low-stiff cylindrical parts such as shafts and axles, the process of straightening by transverse bending is considered with subsequent hardening by the method of surface plastic deformation based on the transverse rolling of the cylindrical part with flat plates. The stress states of parts during editing are determined using the Ansys Workbench software package. The results of the distribution of the intensity of operating voltages and residual stresses over the cross-section of the cylinder, depending on the absolute compression, are presented.

Cylindrical parts of low rigidity such as shafts and axles are widely used for the manufacture of various products in the agricultural, mining, automotive, aviation industry and household appliances. Such parts allow not only to transfer power over long distances (within the overall limits of the machine) but also significantly reduce the metal consumption of products. Low-stiff shaft-type parts have one important drawback – this is a distortion of the geometrical shape both during manufacture, assembly, and during operation. Therefore, at all stages of the technological process in the manufacture of non-rigid parts such as shafts and axles with a ratio of length to the diameter of more than 10, several editing operations are usually included in the manufacturing and assembly process [1, 2].

Straightening is the traditional way of restoring the geometric shape of the curved parts. A great contribution to the development of the theory and technology of editing cylindrical products was made by domestic and foreign scientists: Ya.D. Vishnyakov, A.S. Donskov, V.N. Yemelyanov, G.V. Muratkin, I.I. Manilo, N.P. Shchapov, E. Albert, and others. However, the non-uniformity and instability of the stressed state of parts after straightening serves as a limitation for the inclusion of this process in the manufacture of very precise structures. Many ways of editing give a temporary effect or lead to damage to the surface layer, which is unacceptable when the straightness of the finished parts is restored [1-4].

The authors have developed new kinematics of the editing process, which allows reducing the unevenness of the stress state in the machine parts. As a promising direction, we can consider straightening by transverse bending followed by hardening of the workpiece using surface plastic deformation (SPD), based on transverse rolling of the workpiece with flat plates [5]. This effective method is largely free from the above disadvantages. For the practical implementation of the new method of straightening, it became necessary to calculate the working voltages required for straightening parts and residual stresses after lateral straightening. The effect of residual stresses on the quality of products after surface plastic deformation is described in [6].

The solution of the elastoplastic problem was carried out using the finite element method (FEM). The area under study is a set of finite elements of the form – a hexahedron (Figure 1). 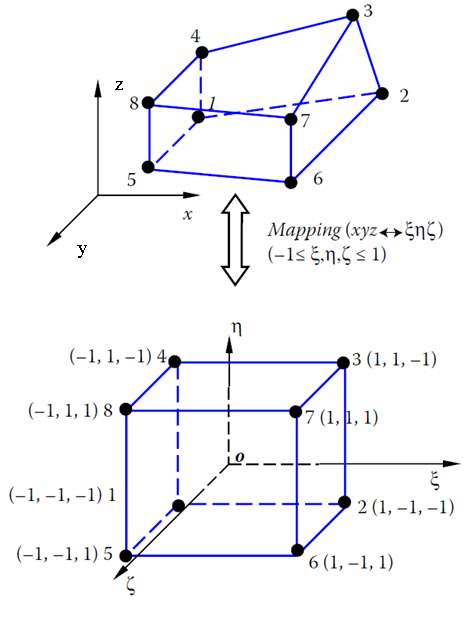 Figure 1. Mapping an element to the natural coordinate system

Components of the movements.Offset field in a three-dimensional element using the functions of the form Ni [7]:

in which ui, vi and wi are nodal values of the displacement on the element, and N is the number of nodes on that element. Formula (1) in matrix form is:

Matrix (2) can be represented as:

Note that we have the following relations for the shape functions:

That is, for the geometry of the element, the same form functions are used for moving the field. This kind of element is called an isoparametric element. The transformation between (ξ, η, ζ) and (x, y, z) described by equation (3) is called the isoparametric map (see Fig. 1), we have the following equations [7]:

where J is the Jacobian Matrix.

Inverting this relation, we have:

and so on, similarly for v and w. These relations lead to the following expression for the strain:

Using the relationships given in equations (2), (4) and (5), we can derive the deformation vector to obtain:

in which B is the matrix connecting the nodal displacement vector d with the deformation vector ε.

Strain energy is evaluated as:

That is, the element stiffness matrix is

It is easy to verify that the dimensions of this stiffness matrix are 24 × 24.

To compute the stresses within an element, one uses the following relation once the nodal displacement vector is known for that element:

Stresses are evaluated at selected points (Gaussian points or nodes) on each element. The voltage values at the nodes are often intermittent and less accurate. Averaging stresses from surrounding elements around a node is often used to smooth the results of the stress field.

Finite element modeling of the straightening process. The influence of the main parameters of the straightening process on the residual stresses in cylindrical parts was investigated by FEM using the ANSYS program [7], intended for mathematical modeling of various physical processes. Modeling the process of editing in the Ansys program allows you to determine the stress-strain state of the workpiece, which is necessary when developing the optimal process.

To determine the stress state in the deformation zone and residual stresses in the straightened parts, a FEM is constructed in the form of a cylinder and two plates in the Ansys Workbench program (Figure 2).

Simulation parameters: The blank is a cylinder with a diameter of 10 mm, a length of 200 mm with a deflection of 0.5 mm from steel St45 (yield strength σт = 360 MPa and elastic modulus E = 2 * 105 MPa); working plates with dimensions of 5x205x205 mm are considered rigid. The finite element form is a hexahedron, a thickening of 9030 elements, 40620 knots; coefficient of friction between the workpiece and plates μ = 0.15; boundary conditions: rigid fixation of the bottom plate. In [4], for the transverse rolling of a workpiece with a diameter of D = 10 mm, the maximum value of absolute compression ∆H = 0.43 mm was taken. According to experimental data [5], in practice, to straighten a cylinder with a diameter of D = 10 mm with a deflection of 0.5 mm, the total deflection will be equal to 2.65 mm.

The dependence of the intensity of operating stresses arising during transverse rolling, on the absolute compression ∆H is shown in figure 3. In the deformation zone, the intensity of the operating stresses increases rapidly with increasing ∆H to 0.07 mm, reaching 410 MPa, and then slightly increased with increasing ∆H to 0.25 mm. When the value of ∆H is less than 0.05 mm, the working stresses are less than the yield strength (360 MPa) and therefore only elastic deformation is expected in this case. When the value of ∆H is greater than 0.25 mm, the working stresses are greater than the tensile strength (600 MPa) and therefore, under such processing conditions, the material may be destroyed. Thus, the rational value of the absolute compression is in the range ∆H = 0.07-0.20 mm. 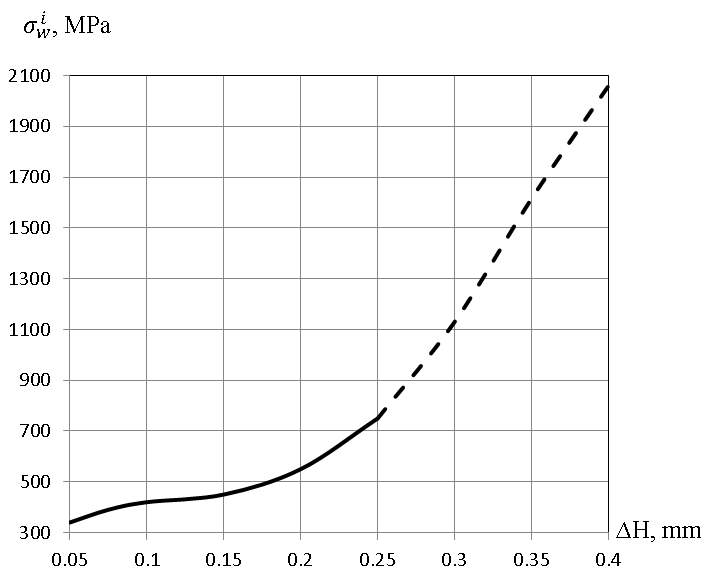 Figure 3. The dependence of the intensity of the working voltage of the absolute compression

Residual stresses after alignment of parts by transverse bending are shown in figure 4. After straightening by transverse bending, non-equilibrium stresses are formed over the entire volume of the workpiece (see figure 4), therefore, over time, the shape of the part may become distorted again. To equalize the stress state of low-stiff cylindrical parts, it is proposed to additionally process workpieces using surface plastic deformation based on transverse rolling in with smooth plates. 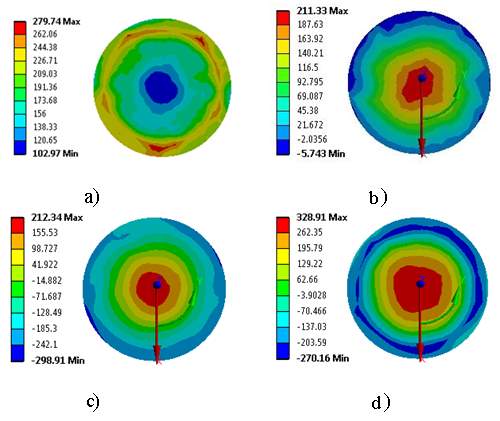 1. When straightening cylindrical parts by transverse bending, non-equilibrium stresses are formed over the entire volume of the workpiece and over time the shape of the part may again become distorted. Therefore, after performing this process, it is proposed to additionally harden the workpieces by the method of surface plastic deformation based on transverse rolling with flat plates.

2. For straightening by transverse rolling in with flat plates it is necessary to choose a rational amount of compression to exclude the possibility of material destruction. The optimal value of the absolute compression is in the range ∆H = 0.07–0.20 mm.