To What Extent Did the Munich Hostage Crisis Lead to increasing tensions between Israel and Palestine? 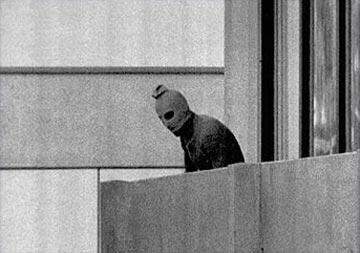 Identification and Evaluation of Sources

The purpose of this research paper is to further analyze to what extent the Olympic Munich hostage crisis increased tensions between Palestine and Israel. The Munich massacre occurred during the year 1972 and the immediate actions between both Palestine and Israel would continue for another three years. The time frame for analyzing the political tensions between these two countries is between that of 1972-1975. During this time frame, both countries were actively responding to the scene by creating new governmental policies and imposing military actions upon one another. This paper extensively used the thesis papers of multiple graduate and undergraduate students in determine the response and increases in political tensions between two opposing countries. The first graduate paper, Eye for an Eye: Israel’s Swift and Devastating Response to the Munich Massacre at the 1972 Olympic Games by Benjamin Mapes gives an in depth analysis and overview of the events occurring at the Olympics while revealing important information about Israel’s perspective of the hostage situation. Previously, the events at the Munich Olympics had been portrayed by the media as a tragic event that was perpetuated by terrorist organizations. The historical research paper presents a new perspective on the actions Israel took in retaliation. The undergraduate honors thesis The Israeli-Palestinian Conflict: An Ethnographic Study on Conflict Perception and Its Implications for Peace in the Middle East presented by Connor Mclellan conveys the intricate history of the ongoing conflict between the two countries. It clearly shows how the Munich Massacre takes part in further escalating the mutual disparaging relationship between the two countries. The historical thesis paper by the Benjamin Mapes is an objective paper about the Israel’s political and military response to the Munich Massacre. At the time that this paper was published in the spring of 2006, Mr. Mapes was an undergraduate history major student writing a paper for a historical writing class. Mr. Mapes can be considered as a reliable source due to the fact that he is a student at a reputable college writing a paper for a grade. The paper was written within the United States after three decades of the event occurring in Germany. The United States was a bystander during the conflict and since Mr. Mapes is an American it could be drawn that the source is objective with preference in the way the information that was presented. The paper has an negative tone throughout its statement bought when describing the events of the massacre the author uses melancholy tone to emphasize the horrors that are caused by the terrorists. One issue with the source is that it only focuses on the Israeli perspective and does not give counter arguments or explain Palestine’s response to the event.

The second scholarly source that was heavily influential in providing information for this paper is the undergraduate thesis by Connor Mcellalan. This thesis was written for an undergraduate class about international relationships between multiple countries. Though Mr. Mcellalan is the main author of the paper, he was under the direct advisory of Professor Reut Livne-Tarandach, Ph.D. who would make sure that the information is accurate and attempt to reduce the amount of bias. The paper indicates that it was published in the spring of 2015. Therefore, the author had access to a broad range of resources that would have been available if it was written soon after the event had occurred since governmental records on the topic have been released to the public. The language is generally because it discusses the relationship between Israel Palestine equally by describing both sides of every historic issue. One of the problems with the source is that there is a lack of first person or primary sources used to support each argument. The thesis includes a section that discusses the possibility of eventual peace between Israel and Palestine in the future but the opinions presented this part are very subjective since the author relies less on the previous history between Israel and Palestine but rather looks to other countries that describe a similar situation but cannot compare to the intricate nature of Israel and Palestine.

The Olympics committee determined that the next Olympics were going to be held in the city of Munich in southern Germany. The summer Olympics was scheduled to occur in September of 1972. At this point in time, the Germans are trying to make up for the atrocities that occurred during World War 2 towards Jewish people. It was a main priority for Germany to appear as peaceful as possible and move past the unwanted dictatorship image. The security organization that would handle all the details in maintaining the safety of the athletes was specifically instructed to maintain a family friendly image. The police in the Olympic area were only equipped to deal with men or women who were intoxicated rather than a supposed terrorist threat.

Security measures against terrorists were presented to the Olympic board, which was managing all events occurring at the Munich Olympic, purposefully chose not to implement such measures because it went against their goal of changing international views of Germany. During the second week of the summer Olympics, the terrorist group Black September entered the Israel teams residence with the help from the oblivious Canadian athletes. Once the terrorists were in the compound, they took one of the coaches hostage and forced the coach to reveal where the rest of the athletes were. After putting a brief struggle, the coach lead the terrorists to the wrestlers rooms. In total, the terrorists had eight hostages and made the demand that 234 Palestinians held in prison were supposed to be released in return for sparing the athletes lives. The ineffective rescue missions by the germans would eventually result in the death of all the hostages and terrorists at the scene.

The munich hostage crisis of 1972 significantly increased tensions between Israel and Palestine. Israel created a specialized task force that was designated with the sole task of assassinating member of Black September. Palestine could not officially support the terrorist attacks but by not condemning the attacks it was a public statement that the attackers would not face repercussions for their actions. Egypt is a general bystander of the events that took place at the olympics and objectively views the conflict increasing in tensions after the massacre took place.

Israel was deeply affected by the fact that Palestinian terrorists would take Israel citizens hostage at an international event. Overall, the Israeli felt that the terrorists did not face the consequences that they deserved for murdering innocent jewish athletes and a german police officer. The other thing that Israel wanted to do was to make a clear and bold statement towards the Palestine Liberation Organization and other terrorists organizations that hostile actions towards Israel will not be tolerated and the use of military action is likely.Only three members of the original group of terrorist members who took part in the Munich massacre survived and were promptly taken to jail. Soon afterwards, the german government released the prisoners due to the demands of another terrorist event. Israel was furious about the injustice of the entire situation and took it upon themselves to resolve the issue. In response, Israel formed a covert operation named Wrath of God lead by the Mossad to actively seek out and assassinate members of the Palestine Liberation Organization and those involved in the Munich Massacre. Over the course of the next twenty years, Operation “ Wrath of God” was largely successful with the assassinations of Mohammad Youssef Al Najjar, Kamal Adwan, and Kamel Anwer who were all significant leaders in the Palestine Liberation Organization. Influential Black September members Mahmoud Hamshari and Abdel Zwaiter were also brutally assassinated in foreign countries. Israel was willing to disturb the peace in foreign nations to send a message to Palestine. The lillehammer consisted of Israeli agents murdering an innocent man due to the false identification made by an informant on the sovereign soil of a foreign country. Israel was demonstrating its ability to reach out into any part of the world and effectively terminate any terrorist threats that Palestine could impose upon them. The main goal of the operation is to strike fear into Palestine. This operation would continue for the next twenty years and affect future peace agreements such as the Camp David accords and the Oslo Accords.

Palestine at that point had been occupied by Israel after the six day war which they believed had infringed upon their right to sovereignty as granted upon them by the United Nations Council. To make matter worse,Israel residents would occupy land in Palestine due to cheap pricing. Palestine continues to encourage the behaviors of terrorist organizations to inflict harm upon to neighboring countries such as Israel. After the Munich massacre, Palestine helped arm its own citizens to revolt against the Israel occupation of their land in the first intifada. This event only lead to an increase in the deaths of people from both Israel and Palestine. Though this conflict has continued for over a century’s worth of time, the events that occured at the summer olympics was internationally watched forcing both the Israel government and Palestine to take positions after pressure from foreign countries and the public. Palestine’s encouragement of further terrorist attacks against Israel. Letter bombing became a staple in the terrorist community as the sent bombs in the mail towards selectively targeted goals.

This investigation has given me the opportunity to begin to understand the complex nature of analyzing multiple texts and sources to arrive upon a valid conclusion. Reading the theses papers of many undergraduate students, I developed a crucial skill in evaluating not only the credibility of an author but also the ability to extract unbiased and objective information from such complex papers. It has become much more apparent the challenges that historians face on a regular bases. When reviewing multiple credible sources, I fascinated by the fact that both sources can review the same event in such drastically different ways and arrive upon conclusions that from each viewpoint is correct even though the conclusions may be opposites of one another. While I searched for sources, I originally looked for articles that were written shortly after the actual events had occurred to obtain a source that would describe the thoughts of the people at that time. I later realized that those sources were mostly speculating the events and understood that an article published a decade or more after the events would have better understanding of the facts of th events. The lack of a complete final answer is a struggle that I have become more at ease with throughout researching and writing this investigation. During the process of working on this investigation, my personal opinion on the subject has vastly changed as my understanding of the complex relationship between Israel and Palestine become more apparent.