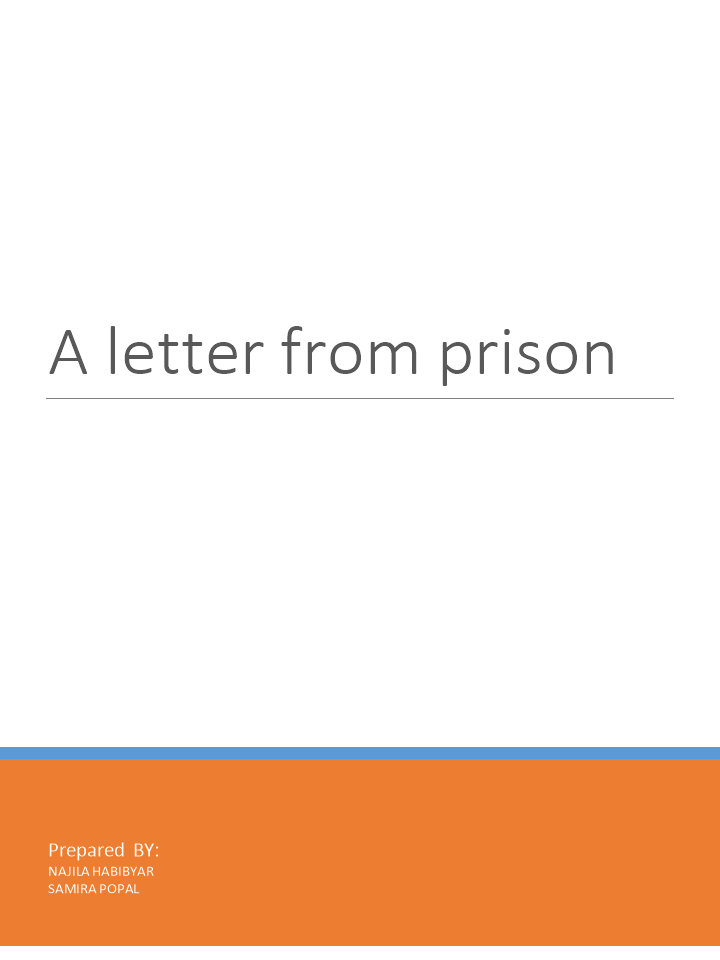 A letter from prison

As, Stephen Richards gets prompted within two years’ time period after his joining to operate New Zealand’s and then promoted to the Australian site of the company. Stephen Richards becomes the vice president of the Pacific region and is a leading regional figure for the Computer Associates, Inc. (CA). The company has acquired various competitors as well as firms that are producing complementary software products during the time duration between 1980s and 1990s.In addition to this, the company has around 18,000 employees and subsidiaries in approximately in 100 countries in the late 1990s. The company recorded its NPVof the licensing contract in the quarter when the revenue recognition criteria are met in accordance with the GAAP regulations.

Computer Associates International, Inc. (CA) is currently facing the problems related to the financial fraud allegations against the company.As, the company finds it more difficult to accurately forecast the revenues as well as earrings for each quarter of their sales targets.

Computer Associates International, Inc. (CA) is founded by the Charles Wang in the year 1976 in order to meet the growing needs of the mainframe computing software for IBM computers. Moreover, the company offers a variety of products that include database, application and financial management software in order to meet the computing necessities of the businesses. The most of the software products are sold by the sales team of the Computer Associates to the clients who buy a license to use the product for a period between three to ten years.

Additionally, Computer Associates provides the software updates and technical support to its clients during the period of licensing. The fee of the licensing charged by the Computer Associates to the clients increases with the length of the contract as well as each additional licensing year was priced lower as compared to the previous year in order to reflect software oldness.

The amount of the fee that is charged by the company to its clients could be amounted to hundreds of thousands of dollars. The Computer Associates distributes the revenues to licensing fees as well as to usage and maintenance fees once the contract of the license between the company and the client is finalized. Mostly the 80% of the revenue is allocated to the licensing fee.

The significant part of the company revenue is normally booked during the final week of the quarter. During each quarter the management sets internal sales targets for the sales team with the sales incentives are given to the immune pressure to meet these sales targets. The company showed huge growth during the 1990s, even with the challenges and pressures.

The case analyzes the overall situation of the Computer Associates International Inc. (CA) related to the allegation about the financial fraud within the company by a few executives of the Computer Associates. The management of the company found it hard to forecast accurate results for the revenues and earnings for each quarter in the year. As, before the end of the quarter, the management of the company found it incompetent to warn the specialists about the unexpected shortfalls in the revenue.

Therefore, the three executives of the company are forced to give the resignations due to this improper revenue recognition. In addition to this, six executives along with the Richard are caught to be involved in the financial fraud due to which Richard the SEC filed a formal complaint against the Richards and at the same time he resigned from the Computer Associates International Inc.

How serious were Stephen Richards’ actions? Why?

Richard in his letter writes that his self and the CEO exerted significant pressures on their team to meet the goals that they had set for themselves; also Richard mentions that performance was measured by internal goals Stephen Richard’s actions are notably serious because he had knowledge of the wrongdoings and he was in a position to report it, but he chose not to. Richards’ action together with other CA’s executives seriously victimized the shareholders as they suffered enormous losses once the practices were revealed. Therefore, “Richard was ordered to pay $29 million in restitution.” (Weidlich) manipulating Computer Associates’ quarter end cutoff to align CA’s reported financial results with market expectations by violating the generally accepted accounting principles and their financial reporting responsibilities. According to the U.S. Securities and Exchange Commission, Richards with other CA executives extended CA’s fiscal quarter, “ instructed and allowed subordinates to negotiate and obtain contracts after quarter end while knowing, or recklessly disregarding the fact that, CA would improperly recognize the revenue from those contracts, and failed to alert CA’s Finance or Sales Accounting Department that CA salespersons that reported to Richards were obtaining contracts with backdated signatures dates after quarter end.” (Release)

in accordance with the expectation set by outside parties, analyst community, specifically to meet Wall Street quarterly per-share earnings estimates, “a key to keeping a company’s stock price rising.Richards with the CEO allegedly met routinely and conferred with each other and with (CFO) during the week following the end of fiscal periods, including during the “flash period”, the three business days after the end of fiscal quarter, to determine whether CA had generated sufficient revenue to meet the quarterly projections, and closed CA’s books only after they determined that CA had generated enough revenue to meet the quarterly projections, this practice, which was sometimes referred to within CA as the “35-day month” or the “three-day window”, violated GAAP and resulted in the filing of materially false financial statements. The goal of the 35-day month was to permit CA to report that it met or exceed its projected quarterly revenue and earnings when, in truth, it had not. (DOJ) Referring to the Scheme to Defraud, Richard instructed CA sales managers and salespeople to negotiate and finalize additional license agreements, which were backdated to cover the fact that the agreements had been finalized after the end of the fiscal quarter.

At the end, these actions led to “overly aggressive accounting practices” to boost CA’s reported earnings and the managerial use of discretion to greatly influence reported earnings was not only used by Richards’, but it had become a company-wide practice. As Mark Director of the SEC’s Northeast Regional Office, said about CA’s fraud “Like a team that plays on after the final whistle has blown, Computer Associates kept scoring until it had all points needed to make every quarter look like a win.” (Wharton)

As the result, CA fraudulently recorded and reported in the earlier quarter revenue associated with the backdated agreements. Stephen Richard’s actions are notably serious because he had knowledge of the wrongdoings and he was in a position to report it, but he chose not to. Richards’ action together with other CA’s executives seriously victimized the shareholders as they suffered enormous losses once the practices were revealed. Therefore, “Richard was ordered to pay $29 million in restitution.” (Weidlich)

2. If Computer Associates achieved the same financial results through GAAP flexibility, does your answer to question 1 change?

No, with the flexibility of GAAP the risk of manipulation was that CA could have more likely made reporting mistake that would lead to legal problems and enormous losses. As long as the CA’s executives including Richards had the intention of wrongdoing actions they would cause massive losses to the shareholders of the company and to the SEC. Though such manipulations and fraud resulted CA to payback “$225 million for the purposes of compensating shareholders for losses arising out of the company’s criminal conduct.” (DOJ) Seeing that, the evidence and investigation on Computer Associates shows that the CA didn’t make false transaction and actual transaction and business deal had happened, but the problem of fraud was that CA’s executives were backdating the agreements in order to prematurely recognize revenue from contracts that had not yet been executed by both CA and its customers in violation of GAAP.

3. Suppose you were placed in Stephen Richards’ position at computer Associates and were under pressure to extend the fiscal quarter. How would you handle the situation differently? What would be the expected consequences?

I would not have extended the fiscal quarters of knowingly or encourage the backdating of agreements, regardless of the overwhelming pressures by the Wall Street estimates which Richard points to analyst community in his letter. CA regularly issued public predications at the outset of each fiscal quarter of the revenue and earnings it expected to earn during that quarter. Based on these predictions, professional stock analyst estimated what they believed would be CA’s total revenue during the period and predicted the earnings per share of CA stock. CA’s executives including Richards understood that CA’s failure to meet or exceed the consensus estimate for a quarter would likely result in a substantial decrease in the company’s stock price. (NY) I think too much emphasis was placed on the achieving financial gains improperly, for Richards and other members of management, without planning the proper ethical and legal strategy necessary to achieve CA’s goals for success.

Performance measurement was a key level of concern in this case which alerted the key ingredients for financial statement fraud and fraud triangle. The sales managers and salespeople were used as enablers to negotiate and finalize additional license agreement while keeping the accounting books open after the end of the fiscal quarter. Richard also emphasizes on the “compensation is important, but the recognition of your performance is sometimes even more important.

Actually, according to Richard in his email he writes that “we have created a performance driven culture without the necessary control framework for people to operate within” this shows that there was no real structure as far as milestones for growth. That is how CA pushed as much as to reach its goal of estimated earnings regardless of considering any rule or regulation type of culture attitude, which led CA to tragic results relating from poor decision making and lack of organizational structure and control. Instead CA could have placed better accounting controls to recognize and issued realistic and accurate public predications at the outset of each fiscal quarter of the revenue and earnings it expected to earn during that quarter, this way they would have not faced the legal troubles that they led themselves to. Even in such a situation for a healthy company to minimize the risk of this downward slide is encouraging and protecting whistleblowers. That way, problems are addressed internally- well before they become big enough to drag the entire company over the cliff.