The Genesee Generating Station has a 5 units (1, 2, 3 4, 5) units that generates power at varying capacities. These three units of Genesee are providing 1,376MW of base load power for Alberta’s electricity grid.Genesse unit 1(G1) was commissioned in May 1994 and its gross capacity of 430MW.Whereas (G2) was the first unit to be completed and was commissioned in October 1989.and its cross capacity is 430 megawatts. Both subcritical units consists of a pulverised coal-fired pressure, boiler, steam turbine and electrical Generator. The next annual production of both G1 and G2 is approximately 3,297 gigawatts /hour (GWH) and both requires approximately 3.4 million tonnes of coal annually (2015).On the other hand Genesee unit (G3) Was the first coal fired unit in Canada to use supercritical boiler technology.G3 requires approximately 1.9 million tonnes of coal annually (2015), and net annual production is approximately 3955 GW. It was commissioned in March 2005, G3 is an equal joint venture partnership between capital power and Trans Alta.

In case of units 4 and 5, it is a combined cycle natural gas-fired generation facility. Its capacity will be upto1, 050MW.The expected life of a natural gas fired facility is generally 35 years.

Genesee generating power station is one of largest power station in Canada which provide the power to the whole Alberta province. With the passage of the time and due to its serious effects the minor improvements were done. But the basic functioning remains the same.

Its working generally consists of

Before the working of the boiler starts, there are few more steps to initiate the process like- 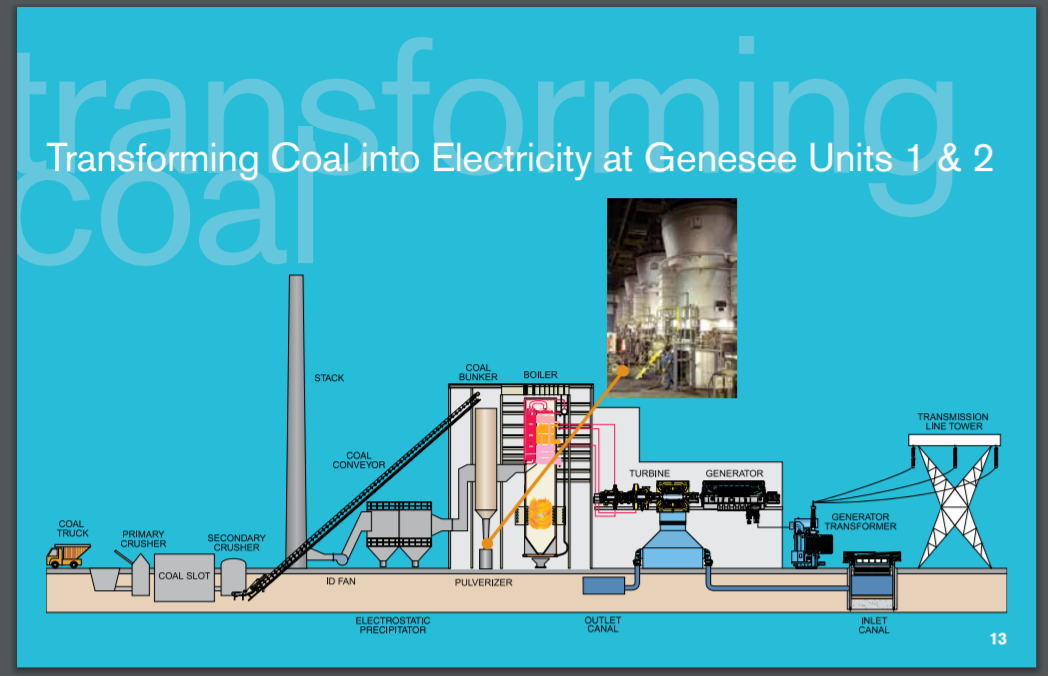 3.CONDENSOR:  A Condenser for every unit charges over turbine debilitate steam once more into water so it can be come back to the evaporated for reuse in the steam producing process .In the shut cycle a similar water is utilized over and over. After its outing through the condensers, this cooling water is pumped thorough the gigantic cooling towers.

4. COOLING POND: There is one artificial pond covering the approximately 735 hectares area.it contains 34 million cubic meters (m3) of water. It can provide the cool water for up to four 400MW units. The water level in pond is maintained by pumping water from North Saskatchewan River and supplemental with local run-on.

5. ASH HANDLING: It is a valuable by product are created as a result of burning coal. Coal from this mine contains between 13-20% ashes. Approximately 99.5%of the ash is recovered and put into permanent storage or sold for industrial uses. It is further used in cement (instead of kilning limestone’s), coal –fired power plants reduce the greenhouse gas emission of the combined industries.

The environmental performances of different units have different results like 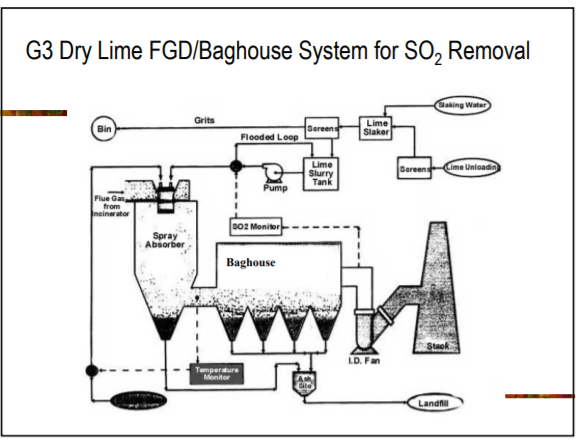 (I)                CO2 Emission– G1and G2 produces more carbon dioxide in the air that is directly responsible for greenhouse effect but G3 produces 8-10%lower than existing G1 and G2 and 18%lower than average Alberta coal generation.

In case of G4 and G5 there is improvement in environmental emission than G1, G2, G3 and this improvement is just because of natural gas-fired turbine technology (CCGT).

Results of the air emission modelling:

The maximum predicted concentrations for NO2, SO2, PM2.5, CO and NH3 associated with emissions from GGS Units 4 & 5 for all relevant averaging periods are predicted to be much lower than the corresponding Alberta Ambient Air Quality Objectives (AAAQOs). Model predictions indicate little difference between Base Case (existing activities) and Application Case (existing activities plus GGS Units 4 & 5) results, with maximum predicted concentrations of key substances of interest increasing less than 3%. This indicates that GGS Units 4 & 5 is not expected to materially increase maximum concentrations of these substances within the study area