Zircon is a multinational company working on Argentinian contracts through hedging, in order maximise cash flow and minimise risks. It considers the current and possible future economic markets, and any possible contracts that it may receive and create alternative strategies to ensure maximum profits can be achieved. It then analyses and evaluates the risks in order to minimise and manage it using various techniques.

Investigate the US Company Zircon’s Project using hedging, to establish whether the contracts will maximise cash flow, while considering the current and future economic impact.

To understand whether hedging will minimise financial and economic risks for Zircon and result in a profitable project.

Zircon a Unites States (US) based multinational company, is considering a project that will sell the use of its technology for Argentinean firms.

Revenue of starting the project that is the Argentinean firm orders already received will generate within one year (that is end of year 1), it will make a total of $3,000,000 Argentinean pesos (ARS).

Zircon will also be providing the Argentinean government with technology, and within one year of starting the project (that is end of year 1) it will make a total of $5,000,000 Argentinean pesos (ARS)

Zircon will not know whether it will receive the government order until the end of the current year (that is end of year 1).

Zircon has the following information, which will help to decide whether the project is feasible:

Zircon will only pursue the project if it can satisfy its required rate of return of 18%.

It will be ignoring possible tax effects assuming cash inflows, if they materialise, within a year of occurring (that is end of year 1) from the initial investment in the project.

As such excess will be offset, and therefore it would be hedged more than required because of buying in the spot market in pesos at the time of the sale.

Zircon’s performance will be impacted due to its exposure to uncertain environmental and organizational risks. This is because of the project’s cash flow changes in a number of related variables

Funding liquidity risks can mean that liabilities cannot be met, when due, or can be met at an uneconomic price

Zircon may face complications causing political risks, whereby businesses and governments as a result alters the expected outcome and value by changing the probability of achieving the objectives of the business. It is therefore a strategic, financial, or personnel loss for the company because of macroeconomic and social policy (monetary, trade, investment, industrial, income, labour, and developmental) factors, or due to political unbalance (terrorism, riots etc.). This means, investors may face financial losses due to it, causing difficulties for the governments, as they are unable implement initiatives.

The ramification of such risks can be measured by analysing the likelihood of political events, which may complicate earning capacity through direct impacts or indirect impacts, resulting in reduced interest in the investment.

To ensure there is no uncertainty, capital budgeting for Zircon is necessary, which should take into account initial investments, price and consumer demands, costs, tax laws, remitted funds, exchange rates, and lastly required rate of returns. However, accurately forecasting the financial variables, used to estimate cash would be challenging.

Transaction exposures are manageable by hedging both downside and upside risk in order to eliminate the effects of exchange rate risk and reduce earnings variability, through the use of forward contracts.

Zircon will have economic exposure as the market value is influenced by unexpected exchange rate fluctuations. Such changes can severely affect the firm’s market share position with its competitors, future cash flows, and ultimately the firm’s value. It can also affect the present value of future cash flows. Economic Exposures cannot be hedged well due to limited data, and because it is costly and time consuming.

The risk is in changes in the expected value of a contract, between its signing and execution, as a result of unexpected changes in foreign exchange rates.

Pricing Policy should be used, as there will be periods in the future when the ARG may depreciate against the dollar or vice versa.

There are limitations to the Fisher theory though can be subject to error. This is because the nominal interest and actual interest rate is not consistent.

Because the IFE relies on the PPP, it is subject to error, as it relies on inflation to forecast the future exchange rate.

Zircon must consider market share versus profit margin, with respect to the foreign currency price of foreign sales. This should be made by selecting the price that maximizes profits.

Diversifying operations helps to deal with the impact of exchange rate exposure on the cash flows, by getting the company to diversify activities, by offsetting exposures to the exchange rate, thus reducing exchange rate risk in a symmetric way. This creates a natural operating hedge that keeps the total dollar cash flows steady in the case of exchange rate movements.

Use of regression analysis helps to assess the company’s economic exposure to currency movements, by analysing historical cash flows and exchange rate data’s.

Zircon faces contingent exposure when bidding or negotiating for foreign projects or contracts. This is due the company suddenly facing foreign transactional or economic exchange risk, while waiting on the outcome of the technology contract

Zircon may also face translation exposure whereby financial reporting is affected by exchange rate movements. As such the consolidated financial statements required for reporting purposes entails translating foreign assets and liabilities or the financial statements of foreign companies from foreign to domestic currency. While this may not affect cash flows, it could however impact on the reported earnings and as a result its stock price.

Zircon can manage such exposure by performing a balance sheet hedge. This is due to conflicting data on the balance sheet between net assets and net liabilities, mainly due to exchange rate differences. Therefore Zircon would need to obtain appropriate amounts of exposed assets or liabilities to balance it. Other derivatives such as foreign exchange may also be used to hedge against such exposure.

To predict future values, historical exchange rate data is used for technical forecasting. However the limitation with this is it is only good for short term periods.

Operational Risk Management (ORM) is a process that moves in a continual cycle. It includes risk assessment, risk decision making, and implementation of risk controls, which results in acceptance, and mitigation. Whereby, failed internal processes and or systems from human factors or external events, resulting in risk are analysed. 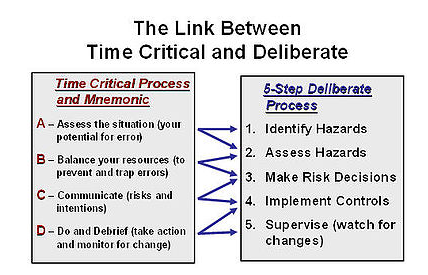 The benefits of the ORM Model are that it reduces of operational loss, lowers compliance or auditing costs, it can detect unlawful activities early on, and lastly it can reduce exposure to future risks.

This project investment is financially justified as it has a positive net present value. However risks may arise if the Argentinian Government changes its laws, and regulations, as normal operations for the currency and investments are interfered with. Another risk issue is if the viewpoint or perspective of the parent changes over time.

Financial risk management techniques called value at risk (VaR) are generally used by Managers, as it examines the distribution of returns for changes in exchange rates to establish the outcomes with the worst returns

The amount that could be lost on an investment over time is therefore determined and given probabilities for when changes in exchange rates occur, which helps Managers.

Zircon can buy Insurance to protect itself against risks. Which means the insurer will be able to evaluate the risks efficiently due to repeated exposure to it. It may also provide inspection and safety measures, benefiting both the company and the Insurer. However this will become part of the operating expenses for Zircon, resulting in reduced earnings for the company.

Zircon’s Manage after analysing and evaluating all financial and operational exposures and using relevant methods, can then establish whether the project would be feasible. They can already gather from the cash flow that there is no loss, so the overall project earnings would be beneficial and have a positive outcome for the company.