Students should make sure that they comply with the standard conventions of scientific writ-ing: provide references to sources, use correct citations, include a list of references. The papers should have a proper introduction and conclusion section. Papers should also ad-dress the methodology used, and a discussion of the quality of the data.

Conflict and humanitarian crisis in the Democratic Republic of Congo have taken the lives of over 5.4 million since 1998 and continues to leave 45000 dead every month. This form of humanitarian crisis is among the world’s most complex and protracted emergencies. Recurrent out breaks of fighting in the DRC have led to numerous displacements of people and an ongoing humanitarian crisis. Internally displaced persons (IDPs) especially in the east of the country are in most urgent need of humanitarian assistance. At the end of November 2012, there were about 2.4 million IDPs in the DRC with more than 420,000 Congolese refugees in the neighboring countries. According to the International Rescue Committee (IRC), as of 2013, the DRC continues to suffer high levels of armed violence resulting in the displacement of 2.6. Vulnerable populations face looting, rape, unsanitary conditions, worsening levels of malnutrition and epidemics of measles, cholera and Malaria[1].

Steps of the Snap Shot analysis

The Level of Analysis and Periods of Assessment

This article presents a snap shot analysis of the humanitarian response to the crisis in the DRC since 1998 to 2013 (post conflict). It is focused on the role of the UNHCR in the intervention of the crisis since 1998 – 2013 by analyzing the environment under which it has been operating. It is a snap shot of both the internal and external environment under which the United Nations Humanitarian Commission on Refugee has been operating since the break out the conflicts in the DRC since 1988. The purpose is to gain insight into the effectiveness on the UNHRCs interventions into the humanitarian crisis affecting the people especially those who have been uprooted from their homes (IDPS), refugees from other countries like Angola and evaluate the challenges that have faced the UNHCR’s interventions for over a decade.

The UNHCR’S Intervention in the Humanitarian Crisis in the DRC

Since the outbreak of the conflicts in the DRC, the UNHCR has been and continues to protect those who have been affected by the conflicts. The organization has been assisting the affected population both urban and rural areas to enhance their livelihoods and self-reliance. For internally displace persons, the UNHCR instituted and continues to lead the protection cluster and coordinate assistance that focus on life-saving activities and the provision of basic services such as shelter, health, water and sanitation. To support the reintegration of returnees, the office has organized for and supported community-based activities including livelihood programmes to aid the returnees with livelihood opportunities.

At the end of 2011 the UNHCR was assisting some 101,300 refugee in the DRC mainly from Angola, Burundi and Rwanda. Following the invocation of the cessation clause for Angolan refugees on 30th June 2012, some 16000 Angolans have returned home from the DRC while 2000 individuals will benefits from an exemption procedure. Of the 71000 Angolans forma refugees currently remaining in the DRC some, 23,000 have expressed their wish to return to their country and some 48000 would like to integrate locally. Therefore as part of its comprehensive solution strategy, UNHCR upholds both options in cooperation with the Government of DRC and Angola to expedite the expatriation process. So far 10000 people have been repatriated and it is expected that another 13000 will have followed by the end of 2013.

For those wishing to stay in the DRC, at estimated 1500 residence permits have bee issued while another 46,500 to were to be delivered this year. At the same time, in the first half of 2012, some 15000 refugee from the DRC returned home mainly to Equateur province. Their reintegration was supported by UHNRC through community based projects and provision of assistance to individuals to enhance their livelihoods.

Due to the interventions by the UNHCR the quality of registration and profiling has improved and maintained. Sexual and gender-based violence continues to be a major concern for the UNHCR. Such violence prevents women and girl as well as boys and men from leading healthy lives. Refugee (mainly from Angola) and IDPs are particularly at risk of rape and sexual abuse at home, in public places and at school, while the perpetrators are rarely prosecuted and punished. UNHCR combats through prevention and response programmes that ensure coordinated responses for all survivors. The multi-sectoral response combines health care, legal and psycho-social support and safety interventions. They have also address gender inequality and other root causes through longer-term approaches aimed at changing behavior. At the same time all the IDPs are registered on an individual basis and basic needs and essential services shelter and infrastructure have been established. All returnee households live in adequate dwellings and are provided with shelter materials and maintenance tool kits.

Some of the long term solutions are that some 50% of Angolan former refugees opting for local integration have been provided with residence cards. The potential for voluntary return has been realized. They have returned to their country in safety and dignity, the UNHCR has been providing technical assistance to the Government to help it develop a local integration framework for Angolans who decide to remain in the DRC. It will also support the voluntary repatriation of Rwanda refugees and seek alternative solutions for those remaining in the DRC. Emphasis will be placed on self-reliance projects, mainly targeting vulnerable households.

In the Equateur province, the reintegration of returnees has been supported through community-based projects in return areas and the provision of individual and family assistance packages, including cash grants. The UNHCR has also been offering technical support to the central and provincial governments to help them integrate the IDPs locally and given them access to national social structures.

However this level of engagement has not been without constraints. Insecurity and poor infrastructure has been one of the greatest threats to the UNHCR’s intervention and continue to hamper access to a significant number of vulnerable people. Mainly territories in the DRC have weak administrative and legal structures, preventing humanitarian actors from performing their responsibilities effectively. Tensions in the hosting areas may hamper peaceful co-existence. More regrettably lack of security in some areas in the east of the country has forced the UNHCR to suspend assistance to an estimated 47,500 IDPs and refugees.[3]

Information for this article has been sourced from the Government of Congo documents, internet, UNHCR documentaries and information from other NGO sources such as WHO, WFP. These sources provided very reliable data in the context of the analysis for instance the government records provided information on the structure of the conflicts, the number of people who have died or displaced, intervention measures employed by the government and the government security measures that have been applied in the management of the crisis, its successes and failures. The major source of information in this article was the internet. Most of the Internet sources were documentaries from the United Nations websites. These documents were found to balanced, reliable and unbiased although one would pick certain tones of emotions in some of the documents especially on the government’s response to the crisis. The Congolese government has been accused of being ineffective in handling the crisis by Ted[4] on the background and current developments in the republic of Congo. 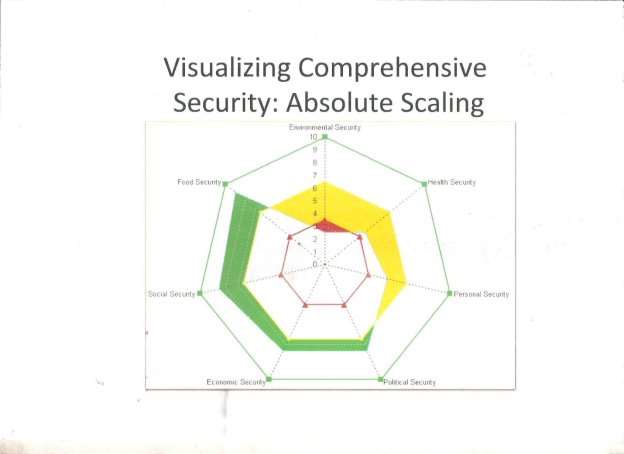