The work from Sutton (1991, 1998) had very specific point to outline. Varies oligopoly models produces different forecast about the connection between the numbers of firms in the market and the size of the market size. The work outlined the difference between endogenous sunk cost and exogenous sunk cost. The Sutton approach is not suppose to create a single predication, but it looks to create different rage of predictions in varies oligopoly models, with are varied in different factors which are very hard to measure theoretically. Resulting in the developing the lower bound which is the least level of concentration acceptable for anything to happen in the long term equilibrium and nothing can be sustained for the long run if it is below the lower bound level. “Sutton looks for only robust results applicable to a large domain of industries“1 meaning that the approach only looks at strong realistic results therefore, the approach was developed by having in mind the game theoretical oligopoly models. The approach allows people to choose from different hypothesis about the nature of competition in the market, such as Bertrand competition or Cournot competitions: 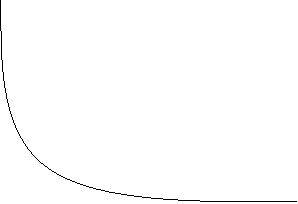 The Sutton’s (1991) bound approach is a cross-industry analysis which was set up to describe the exogenous sunk costs and endogenous sunk costs, and then developed to a framework for the two industries for which to study the link between the concentration and the market size. As the approach is a cross-industry this will lead to a bias in the position of a market size in each industry, Suttons has included the set up cost which is required to enter the industry, these costs differs between industries, therefore to remove any bias the size of an industry is divided by the set up costs.

In Suttons (1991), it shows that the endogenous suck cost is developed by the business plan. The sunk cost affects the consumers’ desire to pay for the product, and advertising and R&D are the main endogenous sunk costs, they are fix cost and have a narrow recover value. Advertising and R&D are an endogenous because it is a business strategy to increase sales. Sutton has tested the approach by looking at six different countries’ 20 food and beverage industries, the data developed from the research it has shown that theses industries have large advertising spending but they don’t have as big R&D budget, the majority of the results depend on “qualitative industry insights”. Sutton’s empirical outcomes are mainly based on three factors Qualitative insights, across various food and beverage industries and the severe advertising spending.

In the article by Ellickson (2007) where the goal of the article “Does Sutton Apply to Supermarkets?” is to show that the weak and strong forms of non fragmentation applies to supermarkets. In the article the author uses full set of firms to show that the organization of 51markets is a natural oligopoly the results show that about four and six firms get the most of the sales, the number of controlling firms increase with the size of the market but is limited to a lower quality stores comparing to the oligopolists, The article also shows that the market share of the largest supermarket firm stays significant even if the market expands. The result of the paper works well with the vertical model in the supermarket competition, where the supermarket markets have two firms. “While not strictly a natural oligopoly, the supermarket industry is remarkably close to one.”2

In the article the author shows empirical proof that endogenous fixed cost has an important role in influencing the supermarkets industry equilibrium structure. The author shows that the pressure to offer a wider range of products limits the number of firms that can penetrate the market and make profits. “Instead of encouraging entry, increases in market size yield a concentrated industry with better products, perhaps explaining the high premiums people will pay to live in larger cities.”3

The article by Latcovich & Smith (2001) looks at the market efficiency of the online book retails; this market is competitive as the consumer had the power to use different search engines which help to find the best price, the low cost of creating a web store and delivery system it indicate a low concentration level or that what would be the plain hypothesis. The results of the study shows completely different outcome, the online book market is not competitive as the public would think and the market structure is very concentrated. The industry has a strong advertising presents, the firms spends millions on advertising to get the attention of potential consumers which leads to firms that are not cost minimizing. The firms have a reasonable explanation on why they spend millions on advertising, as data shows that consumers do not really care about the price differences between websites but do respond to adverts, and data shows that there are few factors the consumers look at beside the price such as security, reliability and a user friendly webpage therefore firms try to use advertising to signal to consumers that they have this factors. The pricing model point out that company’s price is not competitive for most of the products, and the firms set “lower prices on high demanded books, for no cost-based reason”4, the low prices for high demanded products are set to attract consumers to come to their sites and then try to advertise them something else “the loss-leading strategies”. Due to the intensive advertising methods the article suggests that the marginal cost pricing is not endorse in the internet and the losses that are been created due to not getting the marginal cost pricing are because of the aggressive advertising spending and development costs.

The article by Tabacco (2015) tests the Sutton approach in the EU banking industry. Tabacco empirical evidence presents a flat relationship between market size and concentration, and the lower bound level of the industry to concentration is above zero as the market size increases, these findings agrees with the Sutton’s approach of the endogenous sunk costs model, the banks compete in service to customers by sunk cost investment, like the amount of branches they have in a city or the number of employees. The article advocate that the mass of the EU banking market have a weak price competition, the article shows that the strongest price competition in the EU is in Estonia and Netherlands and the weakest price competition is in Germany and Luxembourg. the author suggest that there are three hypotheses that can explain why there is such a weak price competition across the EU, which is so-called “creative destruction”; regulatory and legal aspects in the banking industry can lead to the weak competition, and also it can be because of government bailouts, which leads to inefficient banks staying in the market which lead to a weak competition and the weak governance authorities which look at the competition aspect of the industry.

The paper by Berry & Waldfogel (2010) explores the question of do larger markets offer better products? The paper consternate on the two industries, the restaurant industry and newspaper industry. The paper states that in the restaurant industry, quality is made by variable costs, and new segments start to get created in the market as the market increase which leads to an increase in the level of quality. But in the newspaper market, the cost of producing quality is fixed with respect to output, new segments is not being created in the market with grow in the industry and an average increase in the product quality. The data found by this paper is consistent with the Sutton approach, as the paper provides an excellent example, in America the in newspapers market, the number of metropolitan dailies doesn’t change but the quality changes with market size.