New Zealand is a small economy with an income level that places it among the richest countries in the world. As an open economy, New Zealand has vital links with the rest of the world via trade, migration flows, historic, diplomatic, sporting and cultural affiliations and market connections in products, components and financial flows. Forecasting the future performance of the economy is a mix of science and art.

The economy is complex and its parts are interrelated. As a result, simplified models of the economy often require judgments to reflect current economic trends and likely surprises. However, unexpected events often occur and cannot be accounted for ahead of time.

Hence, the report will introduce the topic Economic in the introduction and the reason of the report followed by the findings through lecture and desk research. The report begins with explaining analyze how government affect the macro economy and the effects of international trade and change in the globe economy on New Zealand Moreover, the report enlightens and discusses the factors which affects the government and also covers current economic development.

The report is requested by my Tutor at Aotearoa Tertiary Institute and is carried out as an assessment of the paper 520 The Economic Environment –Cooperative Assignment. The purpose of the report is to explain the current economic development by government in New Zealand.

Furthermore, the report shows and illustrates using graphs and explanations the relationship between the topics that comes under: how government affects the macro economy and the effects of international trade and changes in the globe. Lastly, the whole report is summary in conclusion and recommendation.

Article: 4 Kiwis can be proud NZ has leading role in trade talks

We may never have studied economics before, and yet when we open a newspaper you read n a report from our economic correspondent.’ We turn on the television news and we see an item on the state of the economy. We talk to friends about the price of this or that product, or whether we have got enough money to afford to do this or that.

It is a fact that economic affects our daily lives. We are continually being made aware of local, national, and international economic issues: whether it be increase, interest rates changes, fluctuation in exchange rates, unemployment, economic recessions or the effects of globalization.

Many people think that economic is about money. To some extant this is true – economic has a lot to do with money: with how much money people are paid, how much they spend; what is costs to buy various item, how much money firms earn, and how much money there is in total in the economy. But despite the large number of areas in which our lives are concerned with money, economic is more than just the study of money. Economic is concerned: production and consumption.

THE ROLES OF GOVERNMENT

The government (or public) sector is a large part of the New Zealand economy. The New Zealand government is involved in the economy in a variety of different ways. The major one are as follows: regulator, as a gather of taxes, as an owner of enterprise, and as a provider of service of income.

The government regulates the interactions of people and firms while doing the business with each other. It is the most common activity which is found in New Zealand. General laws bring people together in the business and civil laws summaries individuals civil rights and duties relative to every one other for example law of contract. New Zealand court system enforces laws through judicial arm of government. The parliament passes the regulation in the form of laws.

Government has three economic roles which are follows:

Article 7: NZ dollar jumps a cent after Fed says it is concerned about strong US dollar

Foreign Exchange: Exchange rate is determined by the demand and supply of currencies.

Relationship between foreign exchange and import and exports 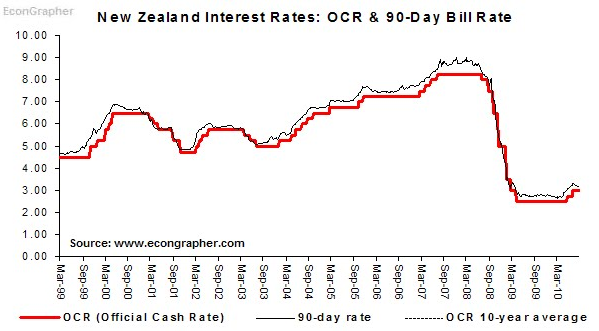