In the current economical context, which presents itself as being a difficult and complex one, in the area of labour relations and human resources management, one of TAP Group’s main concerns is represented by the possibility of guaranteeing a stable work environment from an employability point of view. This is done in TAP Group by providing different trainings alongside with improved work conditions, in such way that the professional life of an employee won’t affect that employee’s personal life. Also, an important aspect of the professional life of an employee is the guarantee of a work place where health and safety issues and the respect of moral values represent an important aspect from the company’s point of view, and that is what TAP is offering to its Employees. As far as the society is concerned, TAP is offering, promoting and encouraging a multitude of initiatives that have a social character.

Also, to show the company’s commitment to its employees, TAP is offering different extra social benefits, in addition to those offered by law. Some of these benefits include:

Besides these extra benefits, TAP Employees benefit of programs that promote a healthy way of living by promoting various awareness-raising campaigns over the year, such as: the healthy nutrition week; international nutrition weeks; health index screening (BMI, blood pressure, diabetes, among others). Also, the employees have established on its main premises a canteen, a Health Club and smoke free buildings.

In order to provide its Employees, as well as their family members, with a variety of benefits, TAP has established protocols with several entities, namely banks, which offer benefits in terms of consumer credit, mortgage loans, investment funds and insurance. Agreements with hotel units, rent-a-car and airline companies, among others, also provide discount on a variety of goods and services.

III.2. Analysis of the CSR and Sustainable development in 2009

TAP’s commitment to the Community, which is included in the company’s social responsibility policy, is a commitment based on the company’s efforts to have an important role in promoting changes in society and, in the same time, contribute to improving living conditions and a greater social cohesion.

In 2009, TAP has encouraged direct voluntarily in the company by offering their Employees the opportunity to donate blood. 250 Employees have chosen to use their free time and go donate, gathering this way 73,800 ml of blood.

To promote the company’s relationship with schools, TAP opened 83 places for curricular traineeships programs distributed like this: 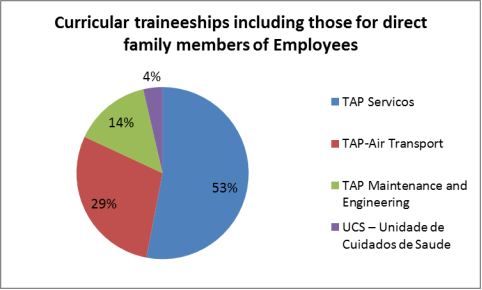 [fig. 3.1 “Curricular traineeships including those for direct family members of Employees”]

Also, another effort to strengthen the company’s relationship with schools, TAP offered study visits to 2 of its premises: TAP Museum and TAP – Maintenance and Engineering. Let’s not forget the “Voo de Verao” program which offers the children of Employees the possibility to have a better knowledge about the company and about the commercial aviation.

To show community support, TAP has managed to professionally integrate 13 people with disabilities. Portugal no Coracao Programme provides a vistit to Portugal to Portuguese emigrants resident outside Portugal, who are older than 60 years. Also those persons must not have visited the country in the last 10 years due to lack of financials means.

Another program is Baptismo de Voo Programme. This program provides the opportunity to fly to children who would otherwise be unable to have this experience.

Ganhar Asas Programme has the objective of providing help to those that are afraid of flying by plane. This program is a partnership with the TAP Group company and UCS.

Another support for community is formed by donations. TAP supports the donation of pushchairs and wheelchairs, resulting from lost and unclaimed baggage donating them to various institutions.

Also TAP Group has some partnerships which support the community. They have an agreement with the United Nations High Commissioner for Refugees. TAP Group has joined the Organizations National Network of Social Responsibility, who promote Road Safety. The Portuguese Air Force, TAP, and ANA signed a partnership protocol that permitted, in 2009, the opening of the new Aviation Museum, in Sintra Air Base.

TAP is showing its commitment to students and young people in general by offering certain discounts like 20% discount to people between 12 and 25 years old that are traveling over air fare for European destinations during International Youth Day or 10 kg of extra luggage for Erasmus students. Also, let’s not forget about the possibility of donating earn miles through Victoria Programme in support of different humanitarian causes or institutions like AMI, Portuguese Red Cross, Terra dos Sonhos, Helpin and SCWC.

As at 31 December 2009, the staff of TAP Group stood at 13,397 Employees, of which 6,986 belonged to the company TAP, S.A., 0.2% more than in 2008, comprising different professional categories. At this company, 8% of the Employees are distributed among the markets where the company operates – Europe, Africa and America – with an average age of 38 years old. From this employees, 60% were male and 40% male with age groups between under 25 and over 60 years old, showing a balanced gender ratio and age distribution between the company’s employees.

During 2009, the minimum salary paid by TAP was significantly higher than the minimum established by Portuguese law. In accordance with the applicable legislation, the Company follows principles of equal salaries between genders, based on equal opportunities, with diversity being decided by the exercise of Positions.

In December 2009, TAP was distinguished by UNESCO and by the International Union of Geological Science, with the 2010 Planet Earth Award, in the Most Innovative Sustainable Product category, in recognition of the Carbon Dioxide (CO2 ) Emissions Compensation Programme, a project launched by TAP in 2009, in partnership with IATA (International Air Transport Association).

TAP was the first airline in the world to launch the Carbon Dioxide (CO2 ) Emissions Compensation Programme on 5th June 2009 (World Environment Day), in partnership with IATA, providing passengers with the opportunity to voluntarily compensate the CO2 emissions resulting from their flights, contributing to emission reduction programmes in developing countries. This program has proven itself to be a tremendous success surpassing initial expectations and exceeding the objectives set by TAP. In the year 2009 only, TAP had an objective of 1.500 tons of compensated CO2 but ultimately managed to compensate for 2.508 tons of CO2, having a variation of 67% from the initial goal. As its first emissions reduction project offered to passengers to compensate for emissions, TAP has selected a renewable energy project: the Aquarius Hydroelectric Project, located in Itiquira, State of Mato Grosso, Brazil.

TAP continues to focus on the Fuel Conservation and Emissions Reduction Project which, through several measures implemented in the Company, has perfected fuel consumption management and contributed towards the reduction of the following CO2 emissions:

In 2009, TAP continued its medium-haul fleet renewal programme, with the entry into operation of six new Airbus A320 aircraft, which are 8% more efficient from an energy and environmental perspective. From 2014 onwards, the modernisation of the long-haul fleet is also programmed, where the new Airbus A350 aircraft will progressively replace the A340 and A330, representing energy and environmental efficiency gains of approximately 20%.

As a result, in 2009, TAP achieved a 3.3% improvement in the energy efficiency and environmental performance of air transport indicators – fuel consumption per passenger, and CO2 emissions per passenger –, relative to 2008. The improvement in these indicators resulted from TAP’s commitment to making its operation more eco-efficient, the entry into operation of new aircraft (with greater energy and environmental efficiency), as well as a more rigorous adjustment of the offer of flights (supplied capacity) to demand (passengers effectively transported).

TAP included these environmental objectives in its action plan and considers that they should be achieved through the following steps.

3. Use of Economic Instruments

Therefore, the economic instruments to be defined, such as the trade of emission licenses, must be established at a worldwide level, through ICAO, so as to avoid the establishment of individual measures by each country, leading to the duplication of payments for the same emissions. The path to reach these objectives involves the close cooperation between air transport companies (investing in more efficient fleets), manufacturers of aircraft and engines, manufacturers of fuels (fossil and biofuel), authorities responsible for airport and air traffic control infrastructures and governments.

Moving on, to the ground operations, where there are also ways to protect the environment, mainly by continuous improvement in the selective collection of waste produced.

With regards to waste management, TAP bases its activity on the following principles:

Regarding Groundforce Portugal, in 2009, it continued the initiatives underway to minimise the direct environmental impacts of the Equipment Maintenance area. In this regard, it reinforced the acquisition of hybrid and electric vehicles, by substituting conventional combustion engine vehicles. These measures have a direct impact on noise reduction, energy reuse, reduced fuel consumption and reduced polluting emissions.

In addition, environmental improvements were also registered on the Funchal Stopover. This Stopover took the pioneering initiative of prohibiting the use and circulation of diesel and gasoline-driven equipment and vehicles in the airport during specific hours without operating activity, thus subscribing to the introduction of Green Hours. This initiative is part of a growing concern of Groundforce in guaranteeing the reduction of fuel consumption and lowering the emission of polluting gases. Groundforce participates in projects of an environmental nature, promoting protocols with used oil collection and treatment companies, and partnerships with specialised companies for collecting ink cartridges and solid waste.

III.3. Analysis of the CSR and Sustainable development in 2010

In the context of the economic crisis, TAP has chosen to invest even more in developing their CSR and Sustainable Development policies. Following its underlying principles, TAP has continued to place its action on the valorisation of its Employees, improvement of their conditions in the workplace, support to the reconciliation of professional and personal life and actions towards the Community in which it is situated. It should be noted that most of the indicators, both at TAP, S.A. and in the wider context of TAP Group, recorded a positive evolution in 2010. Most of the proposed objectives were reached, in particular, the achievement of improved work conditions, the training on specific segments of Employees (under TAP, S.A.), as well as the ensuring conditions for the safety of people and assets.