…the movement also stands in a less distinct line of pleasure- seeking libertarianism, popular resistance, and autonomous struggle, and its revolutionary stance owes a great deal to this diffuse tradition of unorthodox rebellion.[1]

…with the consequence that people are removed and alienated not only from the goods they produce and consume, but also from their own experiences, emotions, creativity, and desires.[2]

In addition, that the Situationist International movement appears simultaneously as an artistic avant-garde. It turns out that as an experimental study of the free structure of everyday life, and finally contributing to the theoretical and practical expression of a new revolutionary debate.

Situationist International simply analyzed modern capitalist society and changed it in its own way, and although the upheaval in 1968 and their intervention led them to believe they had succeeded in helping it, the result was a failure. However, with the legacy and revolutionary movements left by the Situationist International, it was very effective in the cultural and political development of the 20th century.

Guy Debord was the leader of the Situationist International, Debord was born in Paris in1931, and Debord was a French writer, filmmaker, artist and letterist. Guy Debord criticized the capitalistic society in Paris, and expressed his position with his own design, and one of the most representative painting, Guy Debord, The Naked City, 1957 (Figure 1) is the example to show how Guy Debord have applied his thinking to the artwork. The Situationists also used a map, deformed to disrupt unpredictable trajectory was mapped under the heading, Guy Debord, The Naked City, 1957 (Figure 1). Paris plans were randomly rearranged into 19 sections. Users of the map choose their route through the city using a series of arrows that link together parts of the city. The Guy Debord, The Naked City, 1957 (Figure 1) is a guide to areas in central Paris threatened by redevelopment, it serves to maintain areas that are still worth visiting and to dispose of areas that it feels have been ruined by capitalism and bureaucracy. Simon Sadler said that:

…the subsequent redevel­opment of the Parisian “Naked City,” it seems, illustrates the verity of situationist claims that urbanisme represented a drive to rationalize, homogenize, and commercialize the socioeconomic diversity of Paris.[6]

Simon Sadler also points out that, “was by far the most famous image to come out of situationism”[7], Guy Debord, The Naked City, 1957 (Figure 1) mourning the death of an old Paris ready for a city in the future, exploring the structures and use of the city, criticizing the traditional map, and examining the relationship between language, description and awareness.

The other major figure in the Situationist International was Asger Jorn. Asger Jorn was a Danish artist and led an ‘Imaginist Bauhaus’. Asger Jorn said that, the idea of an international movement for the Imaginist Bauhaus was, “a tendency aimed at forming a united organization capable of promoting an integral revolutionary cultural approach”[8] and the origin of the Imaginist Bauhaus was the CoBrA Group. The members of the group were Marxists, but they despised socialist realism and distanced themselves from American abstract expressionism. Their disfiguration paintings, which were neither conception nor abstract, were close to surrealism. However, they rejected surrealism as too ‘attention’ and emphasized the public’s plan to pursue collective and social principles. According to Karen Kurczynski, the group was well known because of the:

…theory of détournement or “subversion,” an explicitly political practice of altering the material structure of a given medium to undermine its presumed message.[9]

One of Asger Jorn’s works which is Asger Jorn, L’avant-garde se rend pas (The Avant-Garde Won’t Give Up), 1962. (Figure 2) is the example that how Asger Jorn have expressed the theory of detournement or subversion. Karen Kurczynski pointed out that, “the practice was to devalue the discourse or organization it attacked.”[10] While Asger Jorn working on the modification and disfiguration, Asger Jorn added a bizarre image or abstractly painted or made a rearrangement to an amateur school style painting that was easily founded in the market. And as a result, the revised paintings were revaluated in an artistic sense. Moreover, from textual intervention in aesthetic theory to books, ceramics, and large tapestries, Asger Jorn redefined the post-war paintings as important practices related to the numerous new experimental media he was involved in. Each form was embodied in his combination of clear criticism of modernism and further social exclusion in destructive aesthetics, excitement, irony, parody, materialism, populism, and classicalism. 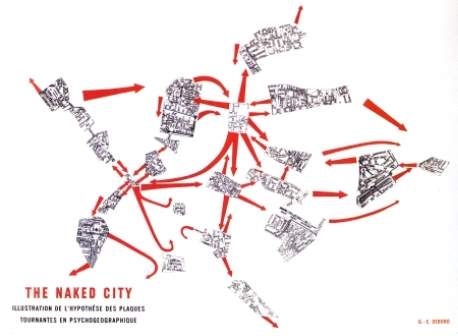 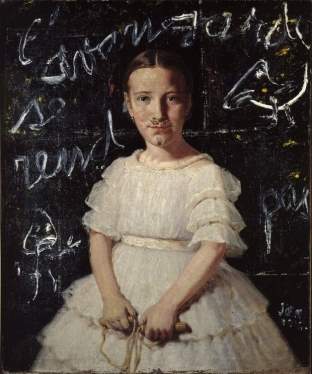 Jamie Reid’s “God Save The Queen”, 1977 (Figure 3) is one of the good examples to relate on to the influence between punk and Situationist International. The work has several variations, but the most symbolic version is the black-and-white picture of the Queen on the Union Jack flag. The Queen’s eyes and mouth were torn, appearing under the names of single and band, a mixture of different fonts cut off from the headlines, and very similar to that of ransom. The black-and-white image above the bright flag creates a distinct visual contrast, allowing you to concentrate more on the color below the queen image. 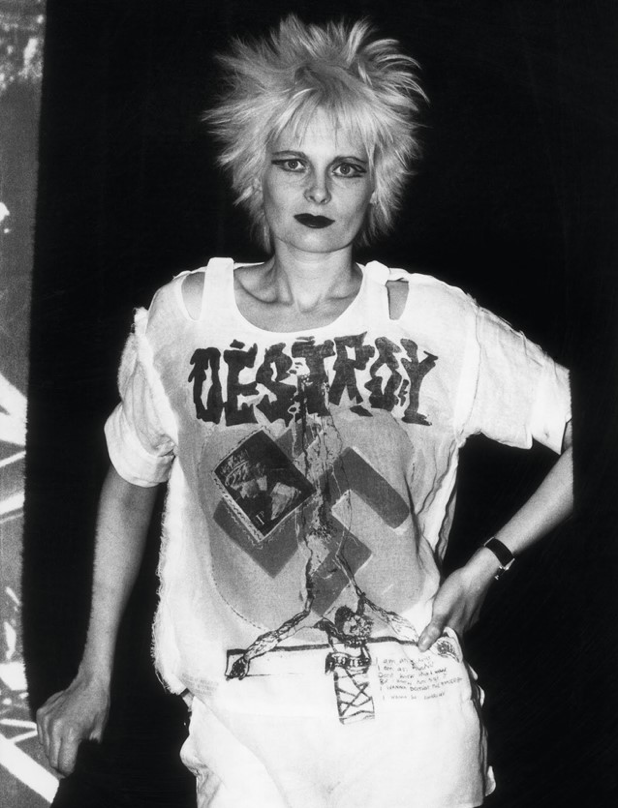