Culture influences thinking, language and human behaviour. The social environment in which an individual is born, and live helps shape their attitudinal, emotional and behavioural reactions and perceptions of the world (Neculaesei, 2015). Various cultures have different gender role expectations and ideals. According to the feminist theory, gender is a result of socialisation – which means that gender roles are learnt rather than determined by biology – and that the most significant institution that people learn their appropriate roles and norms of behaviour is the family (Thompson, 2014). This research report incorporates a variety of different aspects of reports all centred around the same subject. Family Patterns of Gender Role Attitudes investigated how families work as systems (Marks, Chun Bun, M.McHale, 2009) and Men as cultural ideals; how culture shapes gender stereotypes investigated how culture shapes the contents of gender stereotypes (Cuddy, Crotty, Chong, Norton, 2010). Both of these investigations studied family attitudes towards gender roles and whether individuals are shaped by the family. In particular they investigated with cross-cultural families and various other family structures. The purpose of these reports was to describe the different types of families in various cultures throughout the world and to describe the changes in family ranging between different generations. Similarly, this experiment is investigating whether gender norms and expectations are more prominent in a cross-cultural family in comparison to an intra-cultural family. Furthermore, the aim of the report is to see how gender roles have changed in prominence throughout different generations as societal ideals on gender norms have changed. Figure 1. Do you believe in following traditional gender roles?

Figure 2. Do members of your family conform to the expected gender roles? 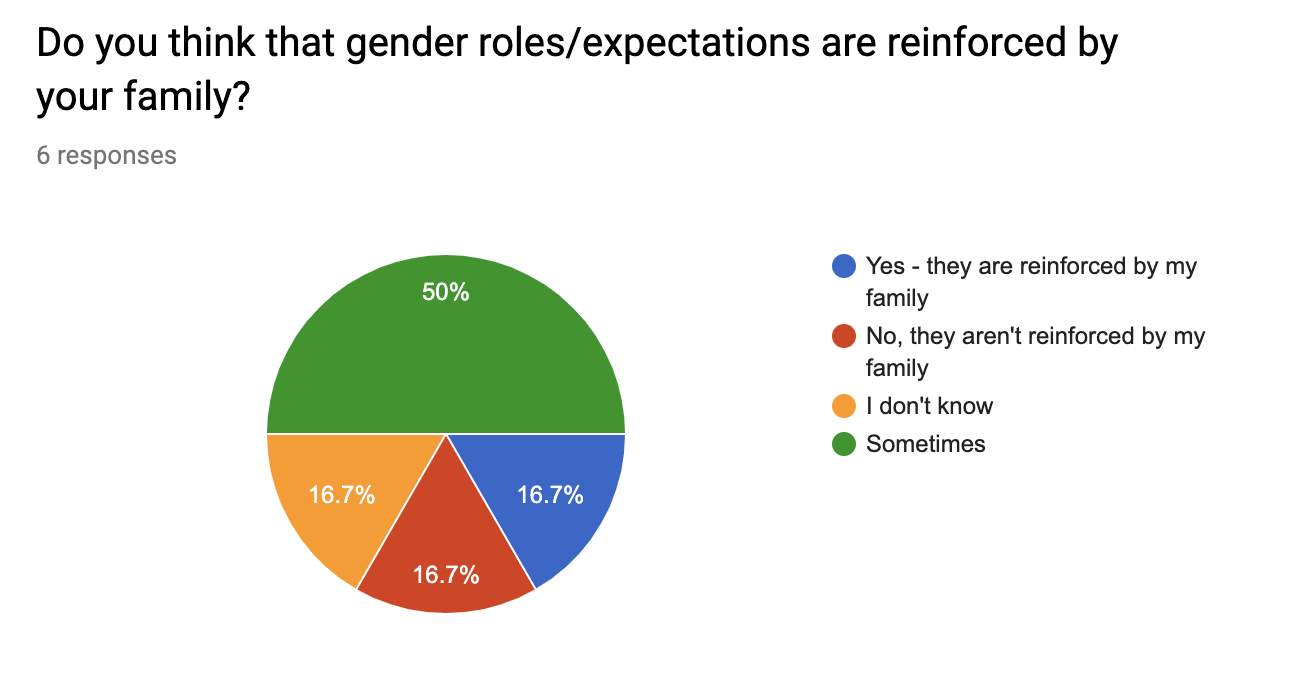 Figure 3. are gender roles reinforced by your family? Figure 4.Who does the majority of the housework? Figure 5. Are gender norms prominent in your household

Figure 6. Does your cultural background affect your viewpoint on gender norms? Figure 7. Should we conform to our gender stereotypes?

The results show the differing ideals and gender role expectations between the various cultures and the various age groups. The result from those participants in cross-cultural families show that their cultural background has a bigger impact on their conformity to gender roles then those from an intra-cultural family. However, the results also show that gender roles are more prominent within the age bracket of 30 and above then in participants born within the 21st century. This would indicate that because societal ideals have changed, gender roles and expectations have become less prominent in any form of family structure. Interestingly, the results show that the one participant who was in the age bracket of 40 and above grew up in an environment where gender norms and expectations were prominent and followed.

This study is useful in demonstrating how cultural ideals have changed the family dynamic and how cross-cultural families and intra-cultural families have changed throughout time due to societies cultural ideals on gender roles and expectations haven changed. The feminist perspective on family is that gender roles is a result of social construct. In many cultures – especially a traditional western one – a mother’s role is raising and looking after their children and is their primary giver (Courses.LumenLearning.com, n.d). In Figure 7, two of the cross-cultural participants said that we should conform to our gender roles in order to create social cohesion. Family dynamic can especially influence gender specialisation and according to the feminist theory there are two key functions – the first being socialising females to accept subservient roles within the family whilst men are raised to believe they are more superior, and the second being socialising both gender to conform to their accepted gender roles and expectations (Thompson,2014). Furthermore, this theory states that gender norms are a result of socialisation and that we learn the socially acceptable ways of acting – based on our gender – from birth. We learn what is expected of our gender through our family, macro institution, religion and cultural teachings, the media and various other social institutions (Zevallos,2014). This investigation proves that gender expectations are a result of socialisation as we learn how to behave through our family and environment. Which is evident in Figure 3, as it demonstrates how parental influences have made people conform to gender roles. However, one of the main ideas of the feminist theory in regard to the family is that gender inequality is reinforced within the family – in this investigation the younger participants have very different ideals compared to those who were older.

The results show how the different generations have different viewpoints on conformity to gender roles and expectations, this shows how our culture within society has changed throughout time. The hypothesis was that gender stereotypes are more evident in cross-cultural families than in intra-cultural families. The results seem to prove otherwise, which is shown in the results section. In Figure 7, it asked if participants believed that they should conform to their gender stereotypes, participants in the 17-20 age range voted ‘no’ in comparison to the other participants that are from an older generation who voted for ‘yes’ or ‘sometimes’. In Figure 2 it shows that the majority of the participants at times do conform to their gender roles and in Figure 4 it shows that in regard to housework is evenly disturbed by all members of the family. It can be argued, that gender inequality in the family has lessened significantly due to movements for gender equality in the western society. Therefore, this investigation has shown that gender norms are more prominent in a cross-cultural family within the age bracket of 30 onwards in comparison to those who are from a younger generation and in intra-cultural families the roles are sometimes prominent and reinforced.

A criticism of this investigation is that having only six participants doesn’t provide as much data to go off in comparison to the other experiments its based off – where they had surveyed a large variety of people and various different cultures. Furthermore, the result was dependent on if the participants family continued to reinforce these ideals/if the family even had these ideals. In addition, in the studies used the participants were from generally the same cultural background for example in the How Culture Shapes Gender Stereotypes (mentioned in introduction) they had used two different groups – Americans and American/Korean. The participants in this investigation were all ranging in different cultural backgrounds meaning that results differed as different cultures would have differing values and beliefs. A massive limitation was that because it was in survey form the attitudes and reinforcement of these gender roles aren’t discovered in its entirety. A limitation that appeared to be common throughout all of the investigations was that gender role expectations are not only multidimensional within family systems but also across different family contexts. As such, the conformity to gender roles may not be universal and that all cultures have very different types of values and beliefs (Georgas, 2003).Furthermore, if this investigation was to be done again it would be more beneficial to have a wider variety of people and perhaps a selected cultural family background rather than a different variety – however, if there was a variety of different cultures it would be better to have a small group of different cultural backgrounds.

1)      Are you part of a cross-cultural or intra-cultural family?

5)      Do you believe in following traditional gender roles? (i.e. men are the breadwinners and women are housewives)

6)      Do the members of your family conform to the expected gender roles?

Men and women in western society

Men and women in non-western society

8)      Do you think that gender roles/expectations are reinforced by your family?

9)      Who does the majority of the housework in your household?

10)  Does your cultural background affect your viewpoint on gender norms?

11)  Are gender norms prominent in your household?

12)  Do you believe that we should conform to our gender stereotypes? (Men should be masculine, and females be feminine)