RACE, Report based payment scheme for multi-hop wireless network. Race is a secure incentive protocol which used for the multi-hop wireless network, helps packet transmission and enforce fairness. The protocol uses the concept of evidences and the regularity of the nodes. The trusted party evaluates the nodes competence and reliability. The payment method recompenses nodes that impart packets and toll the send incentives and are present in the reports. It submits the light weight payment reports to trusted party for update the credit incentives. AC(accounting center) verifies the regularity of the reports. For fair reports it has less processing overhead and for cheating reports it find the cheating nodes and evicts it. RACE finds the cheating nodes by requesting evidences.For reducing the overhead, the evidence aggregation technique is used. The evaluation of performance and analysis of security demonstrates it has less overhead and less payment clearance delay. Extensive evaluation of RACE provides that it’s robust against the unauthorized access. Extensive study for restraining fraudulent is in progress.

Now-a-days the multi-hop wireless n/w application is tremendously increased. The more technology advances the more vastness of the subject increases. Multi-hop wireless n/w there are number of hop exits from origin to destination. To reduce the flooding attacks. The nodes in cooperates in imparting information from one node to another. The nodes can be malicious or selfish.

In multi-hop wireless networks (MWNs), the traffic originated from a node is usually relayed through the other nodes to the destination for enabling new applications and enhancing the network performance and deployment. MWNs can be deployed readily at low cost in developing and rural areas. Multi-hop packet relay can extend the network coverage using limited transmit power, improve area spectral efficiency, and enhance the network throughput and capacity. MWNs can also implement many useful applications such as data sharing and multimedia data transmission. For example, users in one area (residential neighborhood, university campus, etc.) having different wireless- enabled devices, e.g., PDAs, laptops, tablets, cell phones, etc., can establish a network to communicate, distribute files, and share information.[1]

Now-a-days the interest in multi-hop wireless networks is increasing MWNs and can be deployed readily at low cost in developing and rural areas. Multi-hop packet relay can extend the network coverage using limited transmit power, improve area spectral efficiency, and enhance the network throughput and capacity. A good payment scheme should be secure, and require low overhead. However, the existing receipt-based payment schemes impose significant processing and communication overhead and implementation complexity.

The incentive schemes can be divides into two and are reputation and credit based system.

Reputation schemes mainly depend on sending information from one node to the neighboring nodes and keep a track of these nodes so that can eventually helps to find the node which is corrupted or malicious. In reputation based the selfish nodes are punished.

Here a node relying the packets from one to other is service. In this unlike reputed scheme, the nodes are not punished when they do not cooperate. It prompts nodes to collaborate with the other nodes for transaction

Mainly develop a suite of efficient security mechanisms and protocols for mobile ad-hoc and multi-hop cellular networks. Specifically, we focus on thwarting packet-dropping and selfishness attacks, privacy preserving for user , and creating more determined routes to reduce the breaking of the routes , thus boosting the network performance in terms of end -to- end packet delay, packet delivery ratio, throughput, etc.[10]

We develop a fair efficient secure credit-based incentive mechanism that uses credits (or micropayment) to charge the nodes that impart the packets, and to toll those relaying packets. In this network origin to destination transfer of the node is shown.

We develop a fair efficient secure credit-based incentive mechanism that uses credits (or micropayment) to charge the nodes that impart the packets, and to toll those relaying packets. In this network origin to destination transfer of the node is shown. 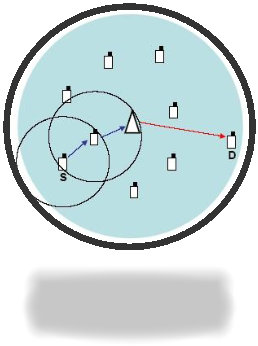 Mesh networks may involve either fixed or mobile devices. The solutions are as diverse as communication needs, for example in difficult environments such as emergency situations, tunnels, oil rigs, battlefield surveillance, high speed mobile video applications on board public transport or real time racing car telemetry. An important possible application for wireless mesh networks is VoIP. By using a Quality of Service scheme, the wireless mesh may support local telephone calls to be routed through the mesh.

The 66-satellite Iridium constellation operates as a mesh network, with wireless links between adjacent satellites. Calls between two satellite phones are routed through the mesh, from one satellite to another across the constellation, without having to go through an earth station. This makes for a smaller travel distance for the signal, reducing latency, and also allows for the constellation to operate with far fewer earth stations that would be required for 66 traditional communications satellite

Contribution: is the first to verify the payment by investigating the consistency of the nodes’ reports without:

Security was emphasized both for merchants and customers. Server has end to end transaction. It does not handle with public key only with the private key and message digest. Mutual authentication between users is for security purposes. Valid signature gives a recipient reason to believe that the message was created by non sender.

Message digest the representation of the text in the form of single string of digit created using a formula. The comparison factors between the other existing system are symmetric key ,falcified data, duplicated data

In the scheme it supports the concepts of reports and evidences. In the reports its of format R={R,F,X} where it gives sessions ids and flag bits and the number of packets sent through the medium. The evidences include E={R, X, Ts, H (MX), h (0), h(X), H (SigS(R, X, Ts,H(MX)), SigD(R, Ts, h(0)))}In race mechanism the portable node will send the the data to the other [10].Each node keeps information about the details of it with it temporarily. When the trusted party asks for the evidences the nodes will sent the evidences. The different phases of the architecture do different duties such as classifier classify the nodes with fair and cheating reports .the cheating reports testified and evicted from the node base on different rules. The evicted nodes are evicted from the network. While cheating occurs the trusted party asks for the evidences and the node will submit the evidences and these evidences are verified .if verified evidences are falcified data the node cannot be able sent the data to the data. 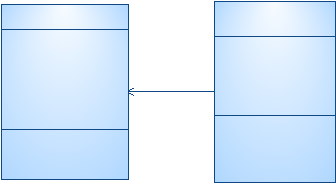 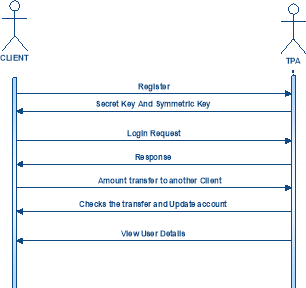 Communication phase is divides into different sections as shown in below. In this phase communication from one phase to other takes place. In this it temporarily stores the evidences and the reports in this phase. In communication phase it end to end communication. It uses DSR algorithm to transfer the information from one to another. It first sends the route request message (RREQ) and then its session ID’s such as origin and destination. It then send the route reply message send from the destination node. Here it contains the TTL value where TTL is the maximum number of intermediate nodes in the network. When we sent the data from one node to the intermediate node then the TTL value gets decreased. Here a hash chain root is created to send the information from origin to destination. The hash chain authenticated with the signature helps to route the data. Here the evidences are present where the evidences are unmodifiable and undeniable.

The mobile nodes are probable assailant but the TP is fully solid. The mobile nodes are autonomous and self-interested and thus motivated to misbehave. The TP is run by an operator that is prompt to make certain the network proper operation. In order to establish an end-to-end route, the origin node broadcasts the Route Request(RREQ) packet containing the identities of the origin (IDS) and the destination (IDD) nodes, time stamp (Ts), and Time-To-Live (TTL). The destination node devises the Route Reply (RREP) packet for the nodes beam the first received RREQ packet, and sends the packet back to the origin node.

The origin node sends data packets to the destination node through the established route and the destination node replies with ACK packets. For the Xth data packet, the origin node appends the message MX and its signature to R, X, Ts, and the hash value of the message and sends the packet to the first node in the route. The security tokens of the Xth data and ACK packets are illustrated. The origin node’s signature is an undeniable proof for relying X messages and ensures the message’s authenticity and rectitude.

Evidence is defined as information that is used to establish proof about the eventuality of an event or action, the time of eventuality, the parties involved in the incident, and the outcome of the incident. The impetus of Evidence is to resolve a dispute about the amount of the payment resulted from data transmission.

In this phase the cheaters are identified using some rules. Our main objective of secured payment is identifying the ones who steals the credit and one who pays less. So for this the TP determines the evidences and the evidences are verified. The evidences consists PROOF where by investigating the proof we can find the cheaters. PROOF is composed by the onion hashing technique. Cheating nodes are evicted from the network.

It is of 24 bytes length. Small size reports (≈ 24 bytes).Fair reports are clear with almost no cryptographic operations or processing overhead. It reduce communication and processing overheads significantly. It effective implementation due to little storage required. In this secure values are given t each nodes is considered as future work