Mutation testing was introduced in 1970’s in the field of software testing as a process of testing the test suites by intentionally seeding errors i.e. mutation operators, into the original program’s source code. Its main purpose is to verify the functionality of the test cases which are executed with the aim of catching the variations between the program and the mutants. It’s extremely essential to improve the efficiency and adequacy of test cases. Hence, the goal is to make the mutant program fail. This paper depends upon the literature survey of mutation testing by using formal methods.

Since 1970’s, this technique is used by developers for validating the test cases as well as the test data generation. It’s a well know process to computer scientists for years. But due to heaviness of the method, it demanded huge computational power which reduced its usability. But the advancements in software engineering and the era of increased computational power, has laid it continue to serve as the most powerful method of verifying the functionality and performance of test suites. The objective is to improve the aptness and efficiency of test cases where the programmer will intentionally alter the original program’s source code by injecting a faulty piece of code known as a mutant, into it. The resultant code is referred to as mutated code. The mutation procedure will create many versions of the original program. Each version is known as a mutant. The execution of a mutant will verify the proficiency of the test case. If the output of the original program will vary with that of the mutant one causing each faulty version to fail [1]. The resultant mutant is killed and the test case is saved considering it an adequate one. More the number of mutants killed by a test case, the better is the competency of the test case. Mutation testing is proficient in testing programs at the unit level, integration level and the specification level. It has been applied to many programming languages like C, C++, etc. and is a part of white box test technique [2].

Initial concepts of mutation were introduced by Richard Lipton in a class term paper titled “Fault Diagnosis of Computer Programs”. The first referred publications were presented in the late 1970’s ; the DeMillo, Lipton. PIMS was one of the first mutation testing tools [3]. It originated the basic procedure typically used in mutation analysis of creating mutants, obtaining test cases from the users, and then executing the them on the mutants to conclude how many mutants were killed. The most widely used tool among researchers was the Mothra mutation toolset [3], which provided an integrated set of tools, each of which performed an individual, separate task to support mutation analysis and testing. Several variants of Mothra were created in the early 1990s, including one that implemented weak mutation [4], and several distributed versions. A compiler-integrated mutation tool for C was also developed [5], and tool that was based on program schemata [6]. However, these tools were primarily used by the researchers who developed them and the only widely used system besides the original version of Mothra has been the Proteum mutation system for C [7].

Formal methods are techniques based on mathematics and formal logic. It supports automated consistency checking and testing specifications. It helps finding defects when applied to good quality software. Such methods allow large number of classes of test cases having finite proof with support least dependence on subjective reasoning [8].

B The benefits of using Formal Methods include:

tools go through all possible execution paths through the system. If there is any way to reach a fault condition, a tool will find it. In a multi-threaded system where concurrency is an issue, formal analysis can explore all possible interleavings and event orderings[13]. 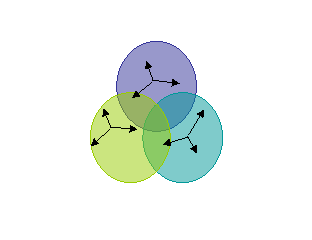 A Mathematical proof: A formal proof is a complete and convincing mathematical argument, presenting the full logical justification for

each proof of set of theorems

B Machine-checked proof: A formal proof is evidence accepted by a proof checker showing that a conjecture is a valid consequence of given axioms.

C Hilbert proof: A formal proof in a theory is a sequence of formulas, each of which is either an axiom of or a direct consequence of preceding formulas in the sequence by virtue of a rule of inference associated with the underlying formal system[14].

We define the following classification of mutants as follows:

A Killed Mutant; which was killed by a test case which was specifically written to kill it. The concept behind mutation testing is that modifying the source code of a given unit (or mutating it) should cause the test that operates on that unit to fail.

Notice that with this mutation, the method testLessThanThree would fail because the mutated method now returns the boolean number > 3, which in this case would be false and the assert statement is checking to see that the desired result is true. The method TestLessThanThreeFail would not fail, however, because 3 is not greater than 3 and the returned boolean would be false, which is what the assert statement is checking for. Because testLessThanThree failed, this mutant is said to be killed; the mutation caused the test to fail, which means the test is adequately catching this kind of mistake[12].

Let P be an implemented program and P’ be a first order mutant that differs from P at location l. A test case, t1 can distinguish P form P’ provided the following necessary and sufficient conditions hold on executing P and P’ with starting state t1:

The process of mutation analysis is shown in fig. 2.

Steps are as follows:

Whereas, output being same indicates inadequacy of the test case and the program.

3)Statement Mutations: The mutant is produced by replacing the keywords in the statement, like

The mutant is produced by changing the operator in the original source code.

In this case, mutation testing fails. [2]

Such mutations are mostly easier for a test suite to recognize

will be mutated to

Mutation procedure is widely acceptable as an essential way to determine the fault-detecting effectiveness of the test sets. Now software developers and testers everywhere can enjoy the most powerful error- detection capabilities with the speed and ease of use of an automatic running debugging tool [9]. But, at the same time it pertains some disadvantages also, which are as follows:

Such mutants only contribute in increasing the computational cost as the efforts needed to check if mutants are equivalent or not, can be very high even for small programs against the test cases. [2]

Consider the example given in Table No. 3 given below:

The equivalent mutant is generated by changing the operator < of the original program into the operator !=[11]

Our future scope is to develop a more advanced mutation testing approach that minimizes the issue of computational cost up to a certain level with the aim of killing all the possible mutants and thereby generating good test cases.

[7] M.E. Delamaro and J.C. Maldonado. Proteum – A tool for the assessment of test adequacy for C programs. Proceedings of the Conference on Performability in Computing Systems, pages 75-95. July 1996.