This paper deals with finding out the possibilities of affliction a person from cancer disease i.e. predicting cancer disease from horoscope of a person using data mining techniques. Horoscope has 12 regions each occupying 300. Each region is called a “house” that deals with different significations. There are total 9 planets that can occupy any house in a horoscope. According to position of the planets different angular combinations can be formed and these combinations are termed as “Yoga’s” that are used in predicting features of horoscope. Each house deals with different significations and the same set of combinations obtaining in a particular house might influence the different significations comprehended by the house, in different ways. To be more specific, let us consider the 4th house of a horoscope. It is supposed to signify mother, education, land and house properties. An illiterate person may possess many houses and a long-lived mother while a highly educated person may not possess any properties. This obvious discrepancy has been submissive to some extent by the introduction of a significant factor, viz., the Karaka or indicator. This paper aims at testing new horoscopes & finding out different possible angular combinations present in that horoscope and to predict the possibility of cancer disease. This is also an approach to discover out whether Astrology is a scientific study and application of language of the heavenly bodies or not.

Cancer is a term used for diseases in which abnormal cells divide without control and are able to invade other tissues. Cancer cells can spread to other parts of the body through the blood and lymph systems. Cancer is not just one disease but many diseases. There are more than 100 different types of cancer. Most cancers are named for the organ or type of cell in which they start – for example, cancer that begins in the colon is called colon cancer; cancer that begins in melanocytes of the skin is called melanoma.Cancer types can be grouped into broader categories. The main categories of cancer include:

The position of both the houses play a significant role in analyzing the cancer. Cancer is related to Rahu, afflicted Moon, afflicted Jupiter or Saturn and also forms relations with signs including, Aries, Taurus, Cancer, Libra and Capricorn. The native has a risk of suffering from cancer when the Moon is afflicted being the lord of the sixth house or eighth house in its unfavorable dasha.

The risk of suffering from cancer is also high when there are many malefic planets in one house, especially Saturn, Rahu and Mars. The native suffers from the cancer of the respective body part that is represented by the afflicted house. Neptune and Uranus facing each other in a horoscope is considered to be a highly inauspicious position. This situation can even be fatal for the native. Afflicted dashaanath in the horoscope can also give serious diseases like cancer.

The dashas that come after the dasha in which the native suffers from Cancer is also analyzed. If these dashas are auspicious, or of favourable planets, or yogakaraka planets, then the disease can be diagnosed in the initial stage only and can be easily treated. Navansh kundli, shahtiyansh kundli and ashtamansha kundli should also be analyzed before reaching to any conclusion.

Rahu is considered to the karaka of cancer. However, Mars and Saturn can also give this diseases. Jupiter is considered to be lord of growth and cancer takes place with the growth of dead cells in the body. The risk of cancer is also high when the the lord of the eighth or sixth house is afflicted.

In general, Saturn is always linked with all diseases (especially chronic and long term) and if cancer causing planet is in anyway associated (conjunct, aspect, in constellation, in sign) with saturn, then cancer will take long time to cure.Also if either Saturn or cancer causing planet are Retrograde in birth chart, the disease takes longer time to get cured. Saturn and Rahu influencing second house (by placement or aspect) are main reason for tobacco chewing and smoking habits.

A person with these aspects should be careful and try to quit tobacco as it can lead to mouth, throat and lung cancer. 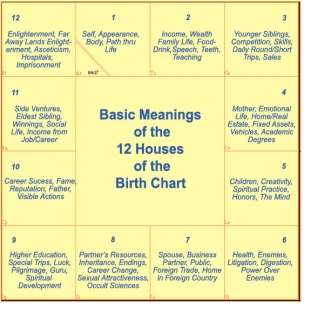 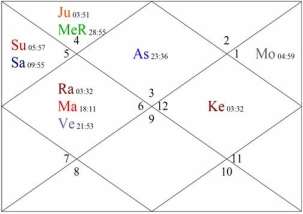 CREATING A DATABASE FROM ABOVE HOROSCOPE

Every horoscope contains 9 planets, 12 different signs &12 different houses. Depending on the placement of all these different angular combinations are formed. A horoscope can be identified by 11 attributes viz. Ascendant sign & signs of 9 Planets. An 11th attribute may be added to represent whether the person will suffer from cancer disease or not.

The values are inserted in the database as,

from Cancer Disease) & is given as input to the classifying algorithm in WEKA.

Fig: Applying Horoscope to the WEKA 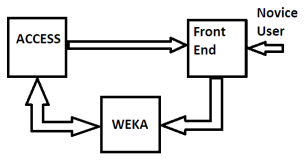 WEKA is a collection of machine learning algorithms for data mining tasks. The algorithms can either be applied directly to a dataset or called from your own Java code. WEKA contains tools for data pre-processing, classification, regression, clustering, association rules, and visualization. It is also well suited for developing new machine learning schemes. A database created above can be given as input to the WEKA algorithm such as Neural Networks, Lazy, Decision Table etc. & a model can be built up from this input. This model is then used in predicting the nature of new horoscope.