Solvents such as methanol (CH3OH), dichloromethane (CH2Cl2) and dimethylsulphoxide were supplied by Merck. Other solvents used in this study namely chloroform (CHCl3), ethyl acetate (CH3COOCH2CH3) and hexane (C6H14) were purchased from Sigma-Aldrich. Acetonitrile (C2H3N) and diethyl ether (C4H10O) were supplied by R & M chemicals. Whilst, acetone (CH3COCH3) was obtained from Fisher scientific.

The infrared (IR) spectra of the synthesized compounds were recorded on a Fourier Transform-Infrared Spectrophotometer, Perkin Elmer Spectrum 100 in the range of 4000-400 cm-1 using potassium bromide (KBr) pellets. Electronic absorption spectra of the samples were recorded in the range of 200-400 nm using Shimadzu UV-Visible Spectrophotometer 1601 series in 1cm3 cuvette while the electronic emission spectra were recorded in the same range by using Shimadzu UV-Fluorescence Spectrophotometer. For Single X-Ray Crystallography, the diffraction data were collected at 296.15K. The structure was solved and refined by using Olex2 solution program and refinement package using Gauss-Newton Minimization.

The 1H (400.11 MHz) and 13C (100.61 MHz) NMR spectra were recorded using Bruker Avance III 400 Spectrometer in CDCl3 as solvent and internal standard at room temperature in the range between δH 0–15ppm and δC 0–200ppm, respectively. Besides, CHNS-O Analyzer Flashea 1112 series was used to determine the experimental percentage of C, H, N and S elements of the synthesized compounds. Thermogravimetric analysis was performed using Perkin–Elmer TGA Analyzer from 0oC to 700oC at a heating rate of 10oC/min under nitrogen atmosphere. Analytical thin-layer chromatography (TLC) was carried out on precoated plate of TLC Silica Gel 60 F254 (Merck) and spots were visualized with ultraviolet light. The X-ray Diffraction (XRD) analysis was performed using Rigaku MiniFlexll from 3ï±-80ï±.

The technique cyclic voltammetry was performed using Electrochemical Impedence Spectroscopy (EIS) PGSTAT302 with three-electrode cell consisting of a polished Pt rod working electrode, Pt disc counter electrode and AgCl reference electrode. The solutions were ~10-3 M in electroactive material and 0.1 M supporting electrolyte, sulphuric acid. Electrochemical Impedance Spectroscopy (EIS) PGSTAT302 was used to coat the synthesized compounds on the ITO thin film by using electrochemistry method. EIS was used to study the oxidation and reduction state of the element of the synthesized compounds. The surface morphology of the final synthesised compounds in the form of powder and thin films were scanned by JSM 6360 Joel Scanning Electron Microscopy (SEM) with accelerated voltage 20 kV and magnification from 2000× until 10000× The electrical conductivity of the thin film was measured in the dark conditions by using Four-Point Probe and LI-200 Pyranometer Sensor with LI-1400 Data Logger while Keithley 4200 SCS Semiconductor Characterization System and Probe Station were used for efficiency determination and OLED parameters were evaluated from IV curve. The performance as Diode was performed by using D2 Power Supply GP-430D. Last but not least, the experimental result were proven by using ab initio quantum mechanical evaluation at the theoretical level of DFT B3LYP/6-31G (d,p). The physical parameters such as dipole moment, energy band gap (HOMO and LUMO) and Mulliken Charges Bond length were calculated using Natural Bond Orbital Theory at the same theoretical level.

The synthetic approach to obtain the compounds of interest is shown in Scheme 3.2. Thiourea derivatives (1–5) were prepared by using 1-naphthoyl chloride as starting material. The mixture of 1-napthhoyl chloride, an equimolar amount of ammonium thiocyanate and designated amines (3-methylpyridin-2-amine, 6-methylpyridin-3-amine, 5-methylpyridin-2-amine, pyridine-2-amine and 5-chloropyridin-2-amine) in acetone was put at reflux with constant stirring for around ca. 10 hours. After completion, the reaction mixture was cooled to room temperature before it was then filtered. The off-white precipitate was removed and the filtrate was added to some ice blocks. The precipitate was crystallised from hot acetone to afford crystals of the title compounds (1–5). 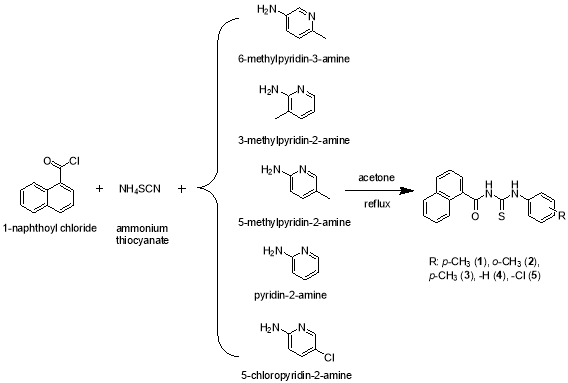 Scheme 3.2The general overview of the synthetic pathway applied in this study

The ITO substrates were used as working electrode was firstly cleaned with distilled water, detergent and acetone by using ultrasonic cleaner. All the synthesized compounds (1–5) were deposited on the ITO substrates by electrochemistry method by using Electrochemical Impendance Spectroscopy (EIS) PGSTAT302. By using the GPES method software, cyclic voltammetry (staircase) method was set to be in normal procedure. The depositions of the compounds were done in a mixture of compound dissolved in 45ml acetonitrile (10-3 M) and 5ml sulphuric acid (10-3 M) which act as supporting electrolyte .The cyclic of the process were set in Table 3.1 below. Figure 3.1 represent the arrangement layers of ITO/napthoyl-thiourea thin film. While, scheme 3.3 shows the overall methodology for organic light emitting diode (OLED) formation and characterization.

Four point probe was used to determine the conductivity of the thin film. The sheet resistivity of the films was measured with complete four probing system that consists of the Jandel Universal Probe combined with a Jandel RM3 Test Unit (Figure 3.2). In this study, the electrical conductivity of thin film was measured in dark condition to see its tendency to be applied as organic diode. Four probes were aligned and lowered onto the sample. The two outer probes supplied a voltage difference that drives a current through the film while the two inner probes pick up a voltage difference.

The IV curves of the 1a–5a were measured by using Keithley 4200 SCS Semiconductor Characterization System and Probe Station (Figure 3.3). In this study, ITO substrate act as hole collecting layer (anode) while napthoyl-thiourea derivatives act as hole and electron carriers. The coated ITO substrates were mask with low work function metal which is aluminuim which act as cathode. 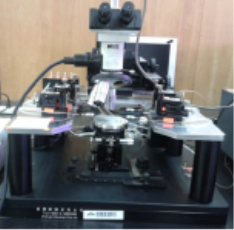 The I-V curve shows the relationship between the currents and voltages gradient associated with the different current terminal (anode and cathode) of the diode. The obtained curve displays the forward current, reverse current, knee voltage and breakdown voltage of the diode.

The performances of 1a–5a as organic diode were tested by using D2 Power Supply GP-430D (Figure 3.4) under dark condition with difference voltagesin the range 15V to 30V. 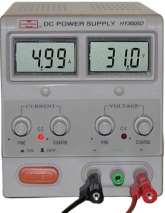