Fabrication of several of oxygenated fuels and chemical from biomass is not an easy task. This is because biomass needs to use catalytic processes to defunctionalized selectively (D.L.Klass, 2006). Both biological and chemical catalysts are being tailed by the global to transform biomass into biofuel and chemicals (A.Corma, 2007). There is some of the potential alternative to non-renewable energy like lignocellulosic biomass for the future demand (M. Aresta, 2012). Feedstock like biomass is supposed to reduce the carbon dioxide content in the atmosphere (E.S. Olson, 2001).

As we know, ester is one of the important derivatives that can be ready by using heterogeneous catalysis (G.D. Yadav, 2012)) including feedstock that can be renewed which is based ester as oxygenated fuels. Making of levulinate ester from glucose, cellulose and sucrose which known as one of the admirable renewable fuel additives under acid catalysis by using anhydrous condition is quite desirable (M.E. Harmon, 1990). Biomass which is from derivatives of levulinate acid also known as one of the top twelve building block as a precursor for resins and polymer, and to produce a spectrum of fuel additives (B.V. Timokhim, 1999)).

There are a few reviews already appear on the commercial application about levulinate acid and its derivatives (M. Kitano, 1975). Ethyl levulinate or levulinate ester which is ester of levulinic acid find application as blending agents in biodiesel, flavour and perfume industry, as solvents, plasticizer, etc (R.I. Khusnutdinov, 2007). Also, one of the derivatives from levulinic acid like 2-methyl-tetrahydrofuran can be employed as the additives in gasoline and diesel. Besides that, levulinic acid that undergoes process of animation which leads to the formation of δ-aminolevilunate is used as herbicide (J.J. Bozell, 2000). Among every ester of levulinic acid, ethyl levulinate is the one that has been used in fuel as oxygenated additives on a large scale (P.M. Ayoub, 2005). Therefore, levulinate ester which derived from levulinic acid is important in industry which is made by the process of esterification fuel grade ethanol and carboxylic group (Wetzel et al., 2006)

Levulinic acid is one of the simplest sugar group of the organic compounds which known as gamma-ketovaleric acid. Levulinic acid also called as 4-oxopentanoic acid in the terms of chemical formula. It contains two groups which are acidic carboxyl group and ketonic carbonyl group. (Ghorpade & Hanna, 2011). Some of the agricultural wastes such as starch, cane sugar and lignocellulostic are used for the production of levulinic acid. And these renewable biomasses are commercially used for its productions (Wetzel et al., 2006).

There are some of the researches have been done on biomass and found that it is one of the important sources for chemical product and biofuel.( Klass, D. L., 1998). Biomass can be found abundantly such as in forest, industrial activities like paper industry and also in the form of waste from agricultural. Considerable amounts of research have been done throughout the world to determine a good way to change biomass into organic chemicals by identified attractive chemical transformation method and also to develop economically possible processes for these transformations on a commercial scale. And one of the interesting option is the formation of levulinic acid from the conversion of lignocellulosic by acid treatment.(Buana girisuta,2007)

There are some of interesting derivatives that can be found in levulinic acid as the chemical platform (Timokhin, 1999). The derivatives of levulinic acid and its application have been looked extensively (Bozell, 2000). Besides that, there are also extensive reviewed about the production of levulinic acid from the acid catalysed degradation of hexoses; however, there are not much information available for the underlying reaction mechanism (Horvat, 1985). In reaction of nucleophilic additions upon carbonyl group, several of valuable levulinic acid derivatives are produced. For instance, when nitrogen which contain nucleophiles react with levulinic acid will give either the cyclodehydration products of the amide or amide (7), depends on carboxyl group of levulinic acid which is whether it is protected or not (Shilling, 1966). The reactions of several amines with levulinic acid which form amides are interesting because of their biological activity. Also, one of the product produced from the reaction between levulinic acid with ammonium hydroxide or ammonia in the presence of hydrogen gas and metal catalyst which is 5-methyl-2-pyrrolidone(8) (Manzer, 2004) is quite useful for the pharmaceutical industry.

Levulinic acid is quite important for the synthesis of chemicals for the applications like resin precursors, polymer and fuel additives. There are several article published which described the properties and potential application for the industry about levulinic acid and its derivatives (Timokhin, 1999)

There are some research has been studied by the global to determine and study about the biological and chemical transformations to change biomass into feedstock chemicals and biofuels. Among this research, one of the interesting approaches is the production of levulinate ester from the direct conversion of carbohydrates named hexose like sucrose, cellulose and glucose in anhydrous system which contain alcohols using acid catalysts (Peng et al., 2011)-thesis senior.

For the production of ester in high yield production, one of the common chemical or acid to use is sulphuric acid. But, there are some problems like formation of polymerization products or by-products due secondary reaction with possible alcohol dehydration or double bounds of the molecule (Aracil et al., 2006). Also, there will be several drawbacks when using this type of classical method for the synthesis of ester like energy consumption, high temperature, requirement for special apparatus, formation of substantial amount of by-products, prolonged reaction period and high waste generation (Chaibakhsh et al., 2011).

Esterification of levulinic acid with etanol which produce ethyl 4-oxopentanoate or commonly known as ethyl levulinate, is used as an intermediate for the synthesis of more multifaceted commercial products, as an lubricant additive oxygenate additives for petrodiesel (Joshi et al., 2011). In industry, levulinate ester was obtained via esterification process between alkyl alcohol and levulinic acid with the presence of acid like H2SO4 or sulphuric acid which lead to the production of a high yield products. Also, immobilized lipase which acts as the biocatalyst for this process can become quite effective under milder reaction conditions (Peng et al., 2011).

Yadav and Borkar (2008), previously have been report about the enzymatic synthesis of levulinate ester (Lee et al., 2010). Their work focused on kinetics and mechanism study of lipase-catalyzed esterification of levulinic acid with n-butanol using tetrabutyl methyl ether as the solvent. There are also reported by several researchers about the synthesis of levulinylated nucleosides in organic solvent-based system via enzymatic hydrolysis (Garcia et al., 2002; Lee et al., 2010).

2.2.2 Applications of levulinate ester in industry

Levulinate ester are a kind of short chain fatty esters like methyl levulinate, ethyl levulinate and butyl levulinate with their properties similar to the biodiesel fatty acid methyl esters (FAME) (Peng et al., 2011). Such ester are good to be used as gasoline additives and diesel of transportation fuels, which have quite great performances like high lubricity, non-toxic, better flow properties under cold condition and flashpoint stability (Peng et al., 2011).

Not like FAME, ethyl levulinate which is fatty ester with larger head groups and significantly different hydrocarbon tail give disorder by disrupting the spacing between molecules in lamellae. This disorder is the result from the formation of crystal nuclei with less stable chain packing followed by transformation to a more stable form at lower temperatures (Joshi et al., 2011).

Ester levulinate is quite useful as solvents and plasticizers and have been promoted as fuel additives (Ghorpade & Hanna, 2011). Levulinate ester is adaptable chemical feedstock with abundant potential in applications for the industry either in fragrance industry, flavouring or as blending component in biodiesel (Peng et al., 2011). For that reason, esterifications of levulinic acid to ethyl levulinate is quite significant as it can be used as plasticizing agents, fuel additives and odorous substances. (Dharne & Bokade, 2011).

Ethanol known as ethyl alcohol is a flammable, volatile and colorless liquid. Its molecular formula is C2H5OH and its molar mass is 46.07. The ethanol plays a role as organic solvent, increase the mutual solubility in water, ester and glycerides. The production of methyl ester is not quite desirable rather than ethyl ester which has considerable interest because of the extra carbon atom brought by the ethanol molecule slightly increases the cetane number and heat content (Tongboriboon et al., 2010). Besides that, ethyl ester also has cloud and pour points that are lower than methyl ester. This fact improves the cold start (Tongboriboon et al., 2010).

Also, ethanol as extraction solvent is preferable than methanol because it has much more power for dissolving in oils. This could thus enable the product production in a solvent-free system (Tongboriboon et al., 2010).

The term biomass is defined as any organic matter which is available on a renewable basis, including dedicated energy crops and tree, feed crop residue, agricultural food, wood and wood residue, aquatic plants, animal wastes and other waste material (Kamm, 2006). The once a year production of biomass is about 1.7–2.0×1011 tons (Zoebelin, 2001); however, only 6×109 tons are currently used for food and non-food applications. Food applications are by far the most important (96.5−97%). And the rest is used in non-food applications, such as a feedstock for the chemical industry.

There are a lot biomass sources which is available for further conversion and utilisation. For the biomass feedstock, its selection is very important for the points of view of both socio- and techno-economical. Actually, biomass feedstock should not compete with the food chain for some ethical reason. Waste streams like agricultural waste with a low or even negative value are more preferable. It is good to choose sources that not tend to cause diseases. Normally, there are only a few fertilisers that can give the high growth rate per ha per year and available throughout the year.

For that particular reason, water hyacinth should be excellent feedstock for biomass for further utilisation and conversions (Buana Girisuta, 2007).

The chemical composition of biomass depends strongly on its source. Generally biomass consists of 23–32% hemicellulose, 38–50% of cellulose, and 15–25% lignin (see Figure 1). Cellulose is a non-branched water-insoluble polysaccharide consisting of several hundred up to tens of thousands of glucose units. Cellulose is

the most abundant biopolymer synthesised by nature, its amount is estimated at approximately 2×109 tons year-1 (Sasaki, 2003). Hemicellulose is a polymeric material, although lower in molecular weight than cellulose, consisting of C6-sugars (glucose, mannose and galactose) and C5-sugars (mainly arabinose and xylose). The third component (lignin) is a highly cross-linked polymer made from substituted phenylpropene units (see Figure 2). It acts as glue, holding together the cellulose and hemicellulose fibres. 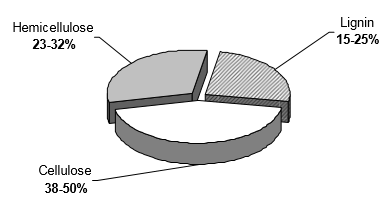 Figure 1: show the distribution of important constituents in biomass.

Figure 2: show the molecular structures of the building blocks of lignin.

In this research, there are some of the problems that need to be solved. One of them is what method or technique can be used to increase the production yield of levulinate ester. Besides that, how to improve levulinate ester as fuel additives in biofuel and what is the advantageous of enzymatic synthesis rather than conventional chemical esterifications.