A Schiff base, named after Hugo Schiff, is a compound with a functional group that contains a carbon–nitrogen double bond with the nitrogen atom connected to an aryl or alkyl group, not hydrogen. Complexes of uranyl with nitrogen ligand are of considerable interest due to broad spectrum of biological activities. Formation of transition metal complexes with ligands of uranyl family are important because this ligands connected with various modes to the electron-rich and electron-poor metals. uranyl containing ligands are known to form stable complexes with class b metal ions, such as gold (I). Nitrogen-containing ligands is an important factor in the development of coordination chemistry such as Schiff bases and their metal complexes. and biochemically relevant studies of metal complexes [1]. A group of nitrogen-containing ligands represent a wide range of biological activities and this class of ligands known as pyrimidine system. These groups are valuable ligands in chemistry and on the other hand have a huge impact on biological properties. For example, a furopyrimidine ring according to the isoelectric contact with purine, is highly regarded. Other uses are as a pesticide and medicine such as antifolates, antimalarials, and antivirus and other hand, protects against radiation. Recently, it has been found that the fluoropyrimidines to prevent some of the vascular endothelial growth factor receptor 2 (VEGFR2) and high epidermal growth factor receptor (EGFR) is used However, many synthetic protocols that have been reported as long-term reactions or quick reactions suffer from defects and flaws. Requires a multi-step reaction, requires without water conditions, low efficiency, the use of metal constructions containing materials and special tools or starting substances are examples of these flaws. Therefore achieve new techniques and efficient for the preparation of furo (2, 3, d) derivatives of pyrimidine is still highly desirable [7] Pyrimidine represents a very interesting group of compounds, because these compounds are used extensively in phytosanitary, pharmaceutical, and analytical . On the other hand, industrial aspects of this class of compounds is considered. For example, these compounds are used as anti-bacterial and anti-fungal. [8]. This class of compounds also have biological activities [9–13]. The role of metal ions in biological processes of life has long been known and is highly regarded. Studying the properties of transition metal complexes with this class of biologically active ligands is very interesting. In this paper, the synthesis and characterization of a number of the ligands and uranyl complexes have been studied. In this work, we report the synthesis and structural studies of the ligand and complex isolated from the reactions of: Bis {N- (2, 4- dinitro- phenyl) – N- (3- phenyl- allylidene)- hydrazine} Uranyl (VI) nitrate.

Solvents were purified by standard methods. All reagents were supplied by Merck and were used without further purification. Melting point was measured in an Electro thermal 9200. The FT-IR spectra were recorded in the range 400–4000 cm-1 by KBr disk using a Bruker Tensor 27 M 420 FT-IR spectrophotometer. The UV–Vis spectra in CH3CN were recorded with a WPA bio Wave S2 100 spectrophotometer. Thermo gravimetric analyses were done on a Perkin Elmer TGA/DTA lab system l (Technology by SII) in nitrogen atmosphere with a heating rate of 20ºC/min from 35- 700 ºC. ¹ H and ¹³ C-NMR spectra were measured on a BRUKER DRX-500 AVANCE spectrometer at 500 MHz.

Preparation of Ligand and complex

Compounds are quite stable and could be stored without any appreciable changes for long time. Compounds with multiple methods using FT-IR, UV-Visible and ¹ H and ¹³ C-NMR spectra were identified. These compounds were evaluated for thermal analysis. In this paper, a new method for the synthesis of the Bis {N- (2, 4- dinitro- phenyl) – N- (3- phenyl- allylidene)- hydrazine} Uranyl (VI) nitrate is presented . Following the single-step reaction between the UO2(NO3)2.6H2O and the NDPAH desired compound is obtained.This method has some advantages for the manufacture of complex. These include: there is no side products and does not require special conditions such as high pressure or high temperature, and that this reaction is a very fast reaction. The [UO2(NDPAH)2]2+ has 290°C melting points respectively. It is soluble in chloroform, acetone, dichloro methane, DMSO and DMF and insoluble in water, hexane and diethyl ether and slightly soluble in methanol, acetonitrile, and ethanol. The spectral data of the complexes have good relationship with the literature data. The IR spectra of the Schiff base show characteristic bands due to ν(NH), ν(C=N) and ν(N-N), in the region 3111cm-1, (1613, 1133) cm-1 respectively. The strong band in the region 1613, 1133cm-1 in the IR spectra of the Schiff base are assigned to ν( C=N), ν( N-N) respectively. In the case of U(VI) complex we observed the following changes. The bands appeared around 1133, 1614, 420 and 935cm-1 due to ν N-N, ν C=N, ν U-N and ν O=U=O.

The thermal properties of these compounds were investigated by thermo grams (TG, DTG and DTA). Figure 11 shows TGA and DTA curves for [UO2(NDPAH)2]2+. In the temperature range 200-305ËšC, 57.9% weight losing was observed which was related to the loss of most parts of compound. In the temperature range from 360-500ËšC, 20.6% weight reduction was found, which was related to the loss of a part of compound.

It is clear from the above discussion that [UO2(NDPAH)2]2+complex and NDPAH ligand offer a new outlook for chemotherapy. The results of antitumor activity show that the metal complexes exhibit antitumor properties and it is important to note that they show enhanced inhibitory activity compared to the parent ligand. The mechanism by which these complexes act as antitumor agents is apoptosis. It has also been proposed that concentration plays a vital role in increasing the degree of inhabitation. 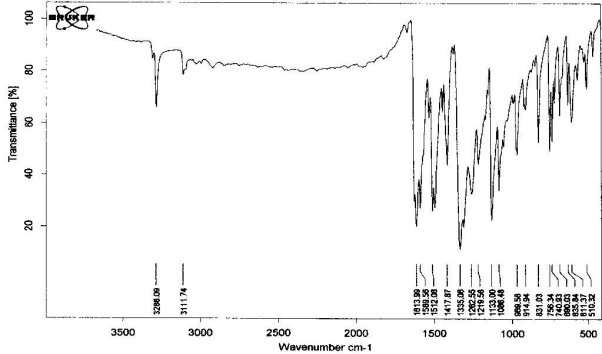 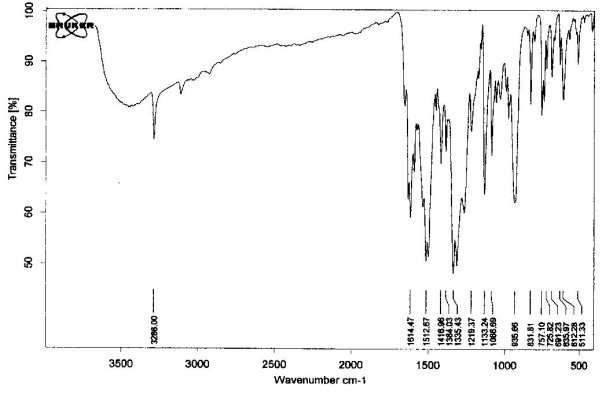 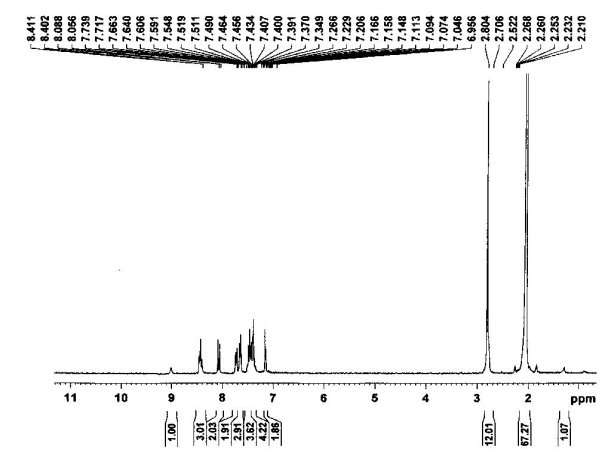 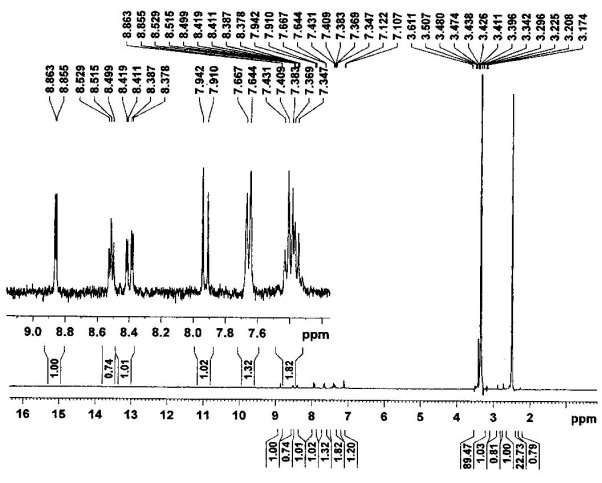 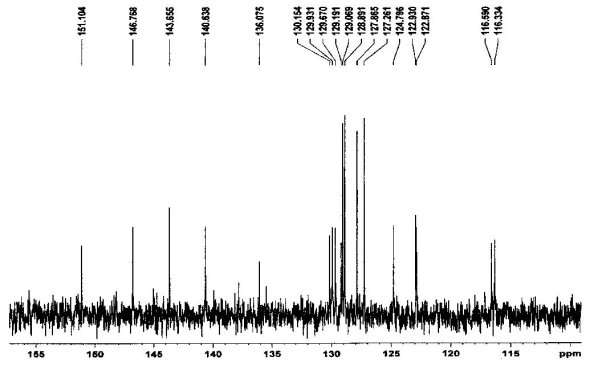 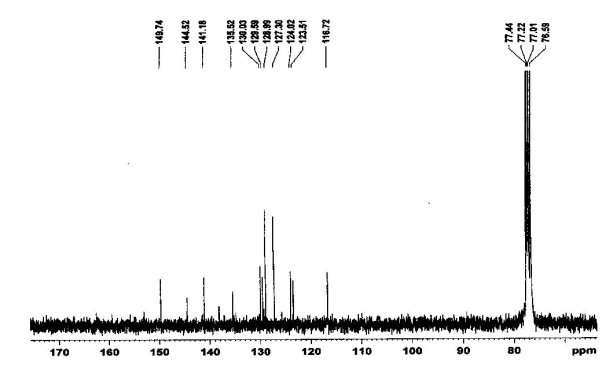 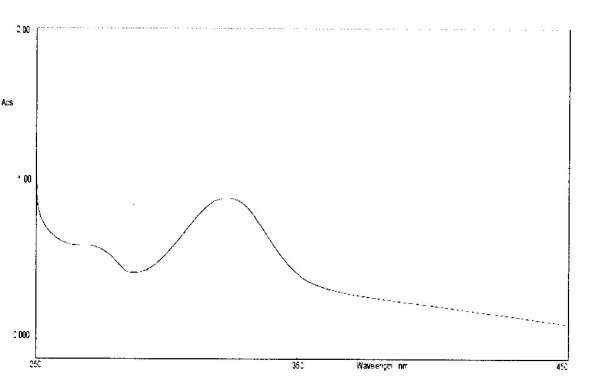 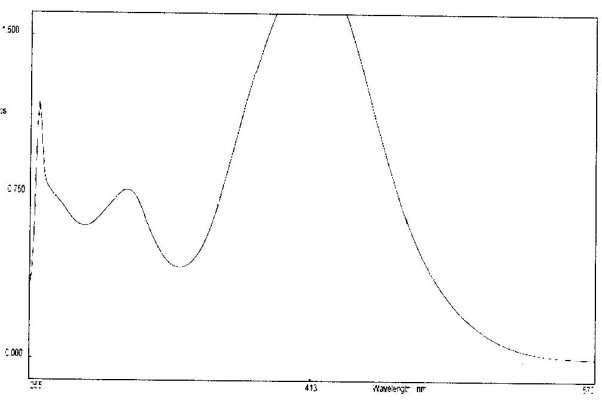 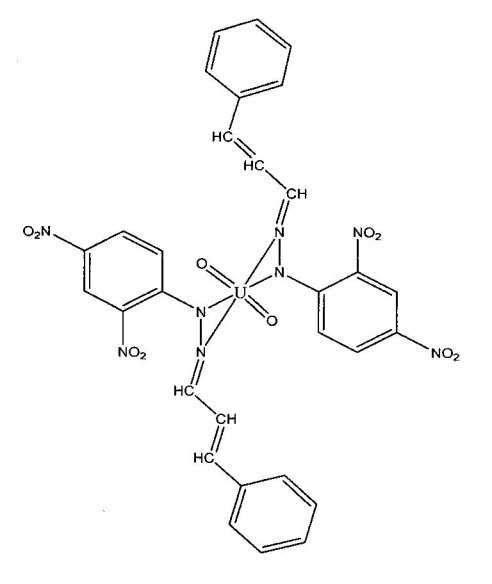 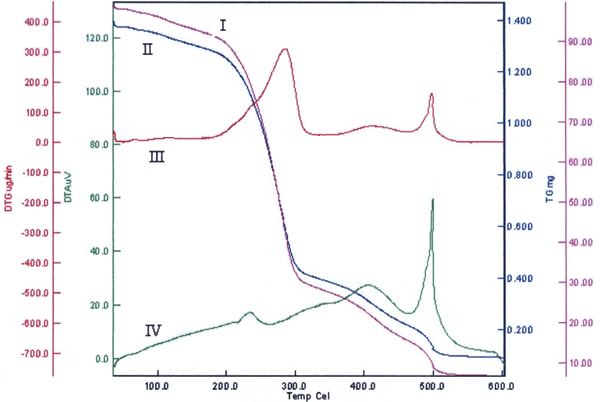