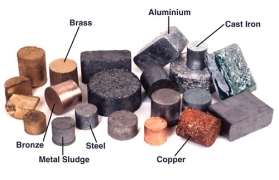 Metals account for about two thirds of all the elements and about 24% of the mass of the planet. Metals have useful properties including strength, ductility, high melting points, thermal and electrical conductivity, and toughness. From the periodic table, it can be seen that a large number of the elements are classified as being a metal. 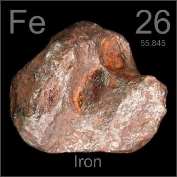 The symbol for iron, Fe, comes from the Latin word Ferrum, and is one of the most useful elements in the world. Iron has: 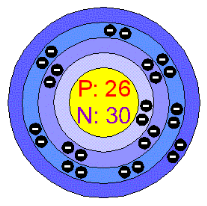 Iron has a cubic crystal structure which is cubic body centered normally and it becomes cubic faced centered when heated up to between 1185K – 1667K.

Iron is the most used metal in the world due to being the fourth most abundant element in the Earth’s crust in addition to having high strength. It is also due to this which makes Iron having a lower cost than most metals in proportion to usefulness.

Iron is ductile, relatively soft and a moderately good conductor of heat and electricity. It is used to make many things from screwdrivers to machine parts and automobiles to hulls of large ships. Iron can also be made into many useful compounds such as Iron Chloride, Iron Sulfate, Iron Hydroxide and steel. Iron can also be easily magnetized and lose it’s magnetism easily, making it suitable for making the core of an electromagnet. 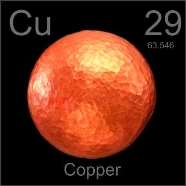 Copper comes from the Latin word cyprium. Copper has: 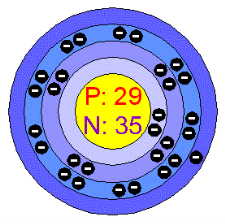 Copper has a cubic-faced centered structure in it’s crystal form.

Copper is also used in roofing, guttering and rainspouts on buildings due to it’s slow corrosion rate. Many commercially important alloys such as brass and bronze contains copper. Furthermore, it can be used for many useful compounds such as copper sulfate and copper oxide. Copper is also an essential element in our body to help enzymes produce energy in cells. 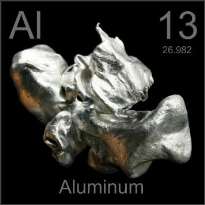 Aluminium comes from the latin word alumen. Aluminium has: 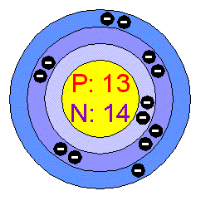 Aluminium has a face-centered cubic structure in it’s crystal form.

Aluminium is a silvery-white metal. It is non-magnetic and an excellent conductor. As a result of it’s low density, low cost, thermal conductivity and corrosion resistance, aluminium is widely used around the world. It can also be easily cast, machined and formed. It is the second most malleable and sixth most ductile metal.

Due to these properties, it is extensively used to make airplanes, outside building decoration and in any area where a strong and light material is needed. It also has no aroma compared to many metals therefore it is used for food packaging and cooking utensils. Although not as good as copper, Aluminium is still a good conductor of electricity. Because of this and also that it is heaper and lighter it is commonly used to make overhead power cables. 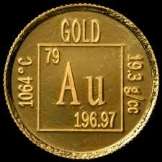 The symbol for gold, Au, comes from the Latin word aurum. Gold has: 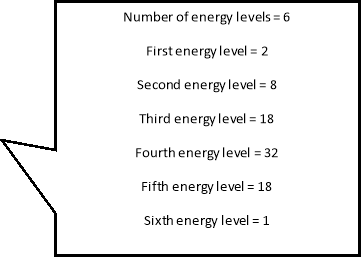 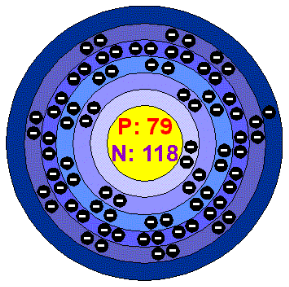 It is a soft, yellow metal with a beautiful lustrous sheen. It is the most malleable and ductile of all the elements and a single gram can be beaten into a one square meter sheet of gold leaf. Gold is widely used in jewelry and coinage. It is also used in dental work as crowns, as gold platings for decoration and as gold thread in embroidery work. Nearly 80% of all recycled or mined gold is intended for ornamental use.

Many satellites carry gold-covered mylar sheets as a solar heat shield because gold is an excellent reflector of radiation and is unreactive. Gold is also widely used in microelectric circuits to ensure reliable, corrosion-resistant and static-free performance. 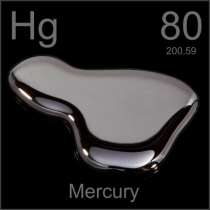 The symbol for mercury, Hg, comes from the Latin word Hydrargyrum. Mercury exists in the liquid state at room temperature. Mercury has: 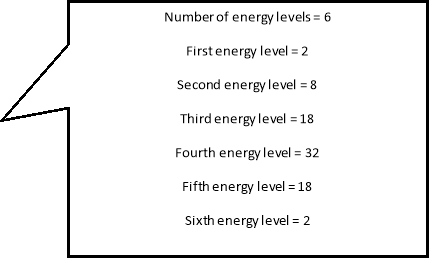 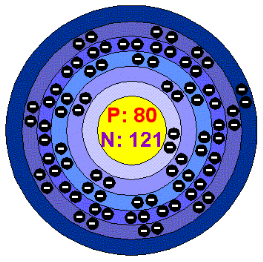 Mercury has a rhombohedral structure in it’s crystal form.

Mercury is a dense, silvery-white, poisonous metal with a mirror like appearance. It is the only common metal to be in liquid state and evaporates slowly at room temperature. Mercury can readily form alloys (called amalgams) with other metals such as silver and gold. Since it does not react in iron, mercury is often stored in iron containers.

Due to it’s high density, mercury is used in barometers and manometers. It is extensively used in thermometers thanks to it’s high rate of thermal expansion that is fairly constant over a wide temperature range. It’s ease with almagating with metals is made use of in extracting them from their ores. Mercury is widely used in advertising signs, mercury switches and other electrical apparatus. Various compounds of mercury are used in medicine, dentistry, cosmetics and also in agriculture to make fungicide. 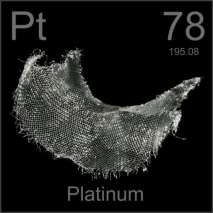 The name Platinum comes from the Latin word Platina. Platinum has: 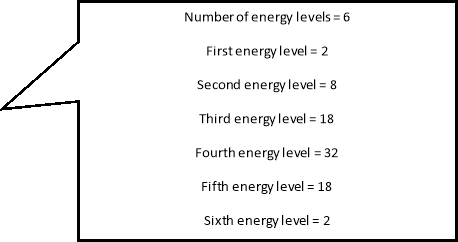 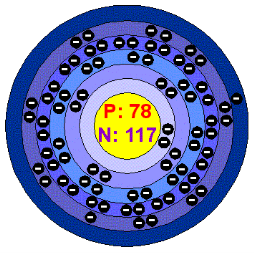 Platinum is a precious metal; soft, silvery-white, and dense with a beautiful lustrous sheen. It is malleable and ductile and has a high melting point. Platinum does not oxidize in air even in high temperatures and is unaffected by common acids.

Platinum is widely used as a catalyst for chemical reactions with the most important use in vehicles as a catalytic converter. Platinum is also used in jewelry, decoration and dental work. The metal and it’s alloys are also used for electrical contacts, fine resistance wires and medical/laboratory instruments. It can also be used to make electrodes sealed in glass.