M1: Explain the relevance of the electronic configuration of hydrogen, carbon, oxygen and nitrogen

Hydrogen is used in petrol and diesel cars, the burning of fuel produce carbon dioxide and water. An element has one type of atom and it cannot be broken down into other substances. Most carbon compounds contain hydrogen and hydrogen forms compounds with all other elements. Compounds of hydrogen are normally called hydrides, even though the hydride describes compounds that have an H- ion.

(Carr and Carr, 2018) Hydrogen is the simplest form of atom; it has a nucleus like any other atom and the nucleus of the hydrogen is made of one proton and around the nucleus, there is one electron which goes round the nucleus. The proton particle has a positive electrical charge which is the opposite of the electron.

Because hydrogen has one electron, two hydrogen atoms will therefore share one electron between the two to form a covalent bond and this will make a hydrogen molecule. 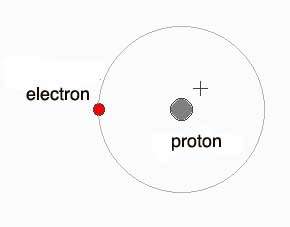 Carbon is known to be special compared to other atoms because it can bond with other carbon atoms to an unlimited extent; this is because it is small in size and can fit as part of larger molecules.

Hydrogen bonds can be replaced with another carbon atom covalently bonded to the first carbon atom. With this happening the long chains of carbon compounds can be made. Nitrogen, oxygen, and phosphorus can also bond with the carbon atoms, and these molecules form rings which then can link with other rings. 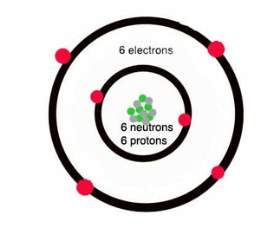 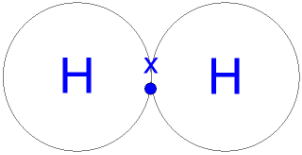 Oxygen is an element that is formed by compounds by reaction with any other elements. All of the atoms are oxygen atoms but they do not exist separately so what would happen is that they would part up to form oxygen molecules.

(Gcsescience.com, 2018) Oxygen is heavier than hydrogen and carbon because of the number of protons, neutrons and electrons. An oxygen atom has 8 protons, 8 neutrons and 8 electrons around the nucleus. There are 2 electrons in the inner shell because that’s how much an inner shell can carry and 6 electrons on the outer shell. Two oxygen bonds will each share two electrons to form covalent bonds and make an oxygen molecule. 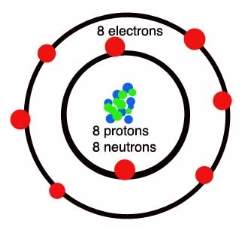 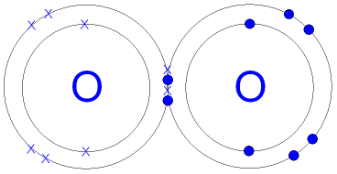 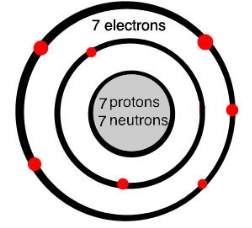 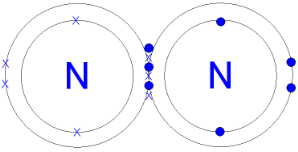 (Khan Academy, 2018) Carbohydrates are compounds that provide energy through a process called oxidation, they supple carbon for the synthesis of cell components, they serve as a form of chemical energy and they are part of the structures of some cells and tissues.

Carbohydrates are made up of carbon, hydrogen and oxygen, and the carbohydrates chains come in different length sizes and in three different categories: monosaccharides, disaccharides and polysaccharides.

(Reference, 2018) A protein is a biological molecule that is composed of polymers of amino acids joined together by peptide bonds. Proteins are different to carbohydrates and fats because it contains nitrogen. Proteins have many roles when involving the body; they do most of the work in the cells and are required for the structure and regulation of the body’s tissue and organs. They are about 20 different types of amino acids that are combined to make a protein.

(expii, 2018) Lipids are the other biological molecules that are made from long carbon chains that is bonded by hydrogen. Lipids are insoluble meaning that they cannot be dissolved in water however; they are soluble to non-polar molecules meaning that will dissolve. Lipids include fats, fat soluble vitamins, phospholipids and triglycerides. The functions of lipids is to serve structural components of biological membranes, they provide energy. Body fat is a good source of energy and it is stored as adipose tissues. They can be used to create hormones and steroids that the body uses to communicate from one cell to another cell and organ or organ.

(Torresbioclan.pbworks.com, 2018) The cell membrane is composed of proteins and lipids. The lipids help the membrane be flexible, the proteins help monitor and maintain and cells chemical climate, and it also transfers molecules across the membrane. Phospholipids have a head which is called a hydrophilic head and it has a tail called a hydrophobic tail. This means that the head is polar and the tail in non-polar. Phospholipids have a polar phosphate group which is hydrophilic which means it will face the aqueous solution because it is water loving. The fatty acid tails will move away from the aqueous solution because it id water—hating. 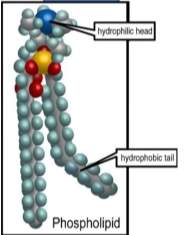 P2: Describe the structure of water and carbon dioxide with reference to different types of bonding

(Worldofmolecules.com, 2018) Water is a polar molecule and a chemical compound. A water molecule consists of two hydrogen atoms and an oxygen atom, its’ molecular formula is H2O. A water molecule is formed at an angle where the hydrogen atoms at the end and oxygen in the middle. Since oxygen has a higher electronegativity than hydrogen in general, the oxygen atoms have something called a partial negative charge. When this charge is so different, it is then called a dipole, and because of the charge difference, water molecules are attracted to each other. The relatively positive charged ones are attracted to the relatively negative ones. This attraction is called hydrogen bonding. The oxygen of one water molecule has two lone pairs of electrons; each of them can form hydrogen bonds with hydrogens on two other water molecules. This can carry on happening so that every water molecule is H bonded with four other molecules.

(Gcsescience.com, 2018) A covalent bond is formed when there is a sharing of an electron between two atoms. Water molecules have a covalent bond because there is a share of electrons that take place between the Hydrogen atom and the Oxygen atom and their electronic configuration. Hydrogen has one only electron in its outer shell and oxygen has eight electrons in its outer shell. What will happen is that the two hydrogen bonds will share their one electron with oxygen to form 2 covalent bonds and then this can make a water molecule. By sharing the two electrons where the hydrogen atom can count 2 electrons and oxygen can count eight. With hydrogen and oxygen sharing, it is now stable and the water molecule will not react with any other oxygen and hydrogen atoms. 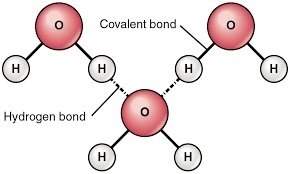 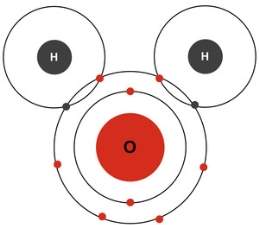 The reason it is a double bond is because the carbon and oxygen has two bonds between the atoms. There are no ions present, meaning that there are no positive or negative charges in carbon dioxide gas. This is because the electrons are shared and not transferred from one atom to another.

What is hydrogen? Atoms and Chemistry | Quatr.us Study Guides

DESCRIBE THE STRUCTURE OF PROTEINS | MYTUTOR

What are proteins and what do they do?

Reference, G. (2018). What are proteins and what do they do?. [online] Genetics Home Reference. Available at: https://ghr.nlm.nih.gov/primer/howgeneswork/protein [Accessed 11 Dec. 2018].