Depending on where you live in the world, N-(4-hydroxyphenyl)ethanamide is known as Paracetamol or acetaminophen with the molecular formula of C8H9NO2. Paracetamol or acetaminophen belongs to a group of medicines which have analgesic (pain reliever) and antipyretic (fever reliever) properties. For these reasons it is used for reliving a person of mild to moderate pain including headache, joint pain and toothache. In Addition to controlling fever (high temperature) Paracetamol can also be used to relive symptoms of cold.

The history and discovery of Paracetamol is fascinating as it was discovered by accident when a similar molecule acetanilide was put to use as an analgesic and antipyretic medicine in the late 1800s.

At the approach of 20th century the discovery and synthesis of medicine was based on pure chance, as scientists randomly tested new compounds on test subjects (mainly humans, without any awareness of their possible side effects) to examine both their positive and negative effects. The discovery of Paracetamol can be linked with the discovery of acetanilide which was the first derivative of aniline (see figure 1.1) to be found to contain analgesic and antipyretic properties. 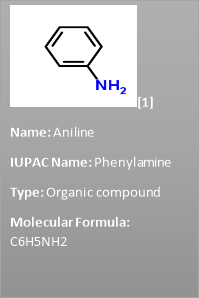 Figure 1.1 shows the structure of the organic compound aniline

Acetanilide was synthesised when the aniline gained a secondary amide group. This occurred when aniline was reacted with ethanoic anhydride, resulting in the production of C8H6NCOCH3 and CH3COOH (ethanoic acid). The equation for the reaction is as follows:

Soon after the discovery acetanilide (see Figure 1.2) was produced to be used in therapy in 1886, and it remained in use for several years due to how cheap it was to mass produce. The painkilling properties of the synthetic organic compound acetanilide were impressive but it had to be abandoned due its high toxicity in moderate doses. For example, it was known to interfere with the function of the oxygen-carrying pigment haemoglobin which caused cyanosis in patients. 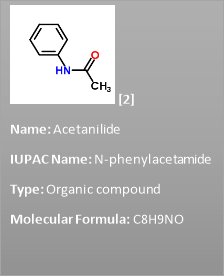 Figure 1.2 shows the structure of the organic compound acetanilide

As a result a new search began which lead to the discovery of a new derivative called N-4-(-Ethoxyphenyl)ethanamide(see figure 1.3). To their surprise the new derivative contained the same analgesic and antipyretic properties but was less toxic than acetanilide. The first synthesis was reported in 1878 by Harmon Northrop Morse (3). It wasn’t until 1886 that this new drug was marketed under the name phenacetin. It remains in use ever since but the usage has declined due its undesirable side effects on the liver. Although Phenacetin I still being used today in some parts of the country, it was banned in USA by the FDA in 1983 after research showed it had adverse side effects such as kidney damage. 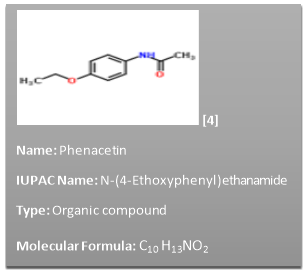 Figure 1.3 shows the structure of the organic compound Phenacetin

Finally, in 1893 a German physician Joseph von Mering managed to improve phenacetin resulting in the production of Paracetamol. Unfortunately, Joseph Von Mering mistakenly thought that Paracetamol had similar adverse effects as acetanilide did and therefore ignored the discovery. It wasn’t until the 1940’s when this misunderstanding was removed after research showed that Paracetamol was the main metabolite of phenacetin (see figure 1.4) and potentially caused the desired side effects. Further studies showed that it was the other minor metabolite that caused the negative effects and that Paracetamol was responsible for the positive effects. This finally led to Paracetamol being put to use a synthetic medicine in 1953 and its being used ever since.

Today Paracetamol is manufactured by a number of different pharmaceutical companies with different brand names. In the UK alone there are more than ninety over the counter medicines which contain Paracetamol. Paracetamol is sometimes combined with other medicines such as decongestants (provides relief for blocked nose).

Figure 1.4 Shows Paracetamol as the major metabolite (99%) of Phenacetin (5)

Paracetamol is a potent medicine which is easily available without any prescription, even small overdoses can be fatal, because it is metabolised into both toxic and non-toxic products in the liver. For this reason, Paracetamol is often used as suicide drug. Paracetamol overdose can cause liver failure because it is a hepatoxic, which means even in moderate doses it can cause damage to hepatocytes (liver cells). People who use Paracetamol as means of suicide die from liver damage and most of the poisoning is due to a metabolite of Paracetamol called quinone amine (see figure 1.5).

Quinone amine is dangerously toxic and is eliminated from the body in the liver by a reaction with glutathione (a tripeptide). Insufficient levels of glutathione means the toxic quinone amine will not be eliminated and starts to build up. Eventually it will start to react with nucleic acids and cellular proteins in the liver causing permanent damage and eventually death.