Purpose of the Experiment

To acquire knowledge in the area of units of measurements and learn how to use dimensional analysis to solve word problems that will be used throughout General Chemistry. In addition, students will learn the importance of statistical analysis in General Chemistry laboratory experiments and also rules with respect to exponential notation and significant figures.

Larger and small quantities are expressed by using appropriate prefixes with the base unit (Table 2).

Method for Solving Conversions including Units of Measurement

Dimensional analysis is a problem-solving method that uses the fact that any number or expression can be multiplied by one without changing its value. It is a very useful technique.

An example of how this can be used is below:

What would be the value of 157 g if you were to convert it to kilograms (kg)?

The dimensional analysis method can be useful if the following techniques for analyzing the problem properly are taken into consideration:

First you must convert to oF to oC:

Second you must convert oC to K:

The most common statistic used to analyze a set of repeated measurements is the mean, or average. We calculate the mean by taking the sum, Σ, of the individual measurements, x, and dividing by the number of measurements, n, as shown in Equation 2.

If you measure a quantity in the laboratory, you may be required to report the error in the result, the difference between your result and the accepted value (Eqn. 3), or the percent error (Eqn. 4).

A laboratory experiment was performed determining the melting point of pure aspirin. The accepted value of the melting point of pure aspirin is 140oC. Experimentally, you tried to determine that value, but you obtain the temperature value of 134oC, 150oC, 145oC, 140oC and 142oC. a) Calculate the error in measurement, and b) Calculate the overall percent error.

Step 1: Determine the average (mean) value from the experiment.

Step 2: Determine the error in measurement.

Laboratory measurements can be in error for two basic reasons. First, there may be “determinate” errors caused by faulty instruments or human errors such as incorrect record keeping. Secondly, “indeterminate” errors arise from uncertainties in a measurement where the cause is not known and cannot be controlled by the lab worker. One way to judge the indeterminate error in a result is to calculate the standard deviation.

Exponential notation, also known as standard form or as scientific notation, is a way of writing number that accommodates values too large or small to be conveniently written in standard decimal notation. Scientific notation has a number of useful properties and is often used in sciences such as chemistry, physics, etc.

In scientific notation, all numbers are written like this:

Express the following number in exponential or scientific notation.

In chemistry, you will often have to use numbers in exponential notation in mathematical operations. The following five operations are important:

When adding or subtracting two numbers, first convert them to the same powers of 10. The digit terms are then added or subtracted as appropriate:

Significant figures are the digits in a measured quantity that were observed with the measuring device.

The rules for determining the amount of significant figures are as follows:

The rules for using significant figures in calculations are as follows:

Throughout chemistry, graphs will be used when analyzing experimental data with a goal of obtaining a mathematical equation (Equation 6) that may help us predict new results. 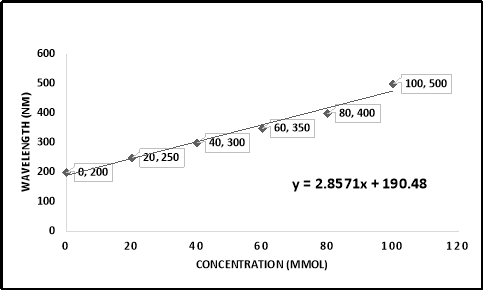 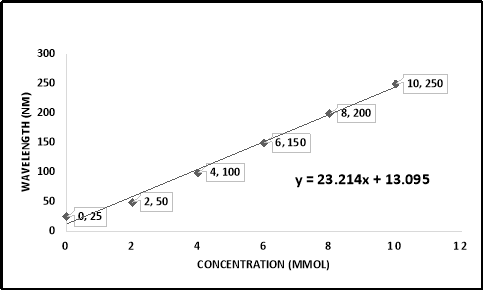