LUTEOLIN AND KAEMPFEROL FROM CASSIA ALATA, ANTIMICROBIAL AND ANTIOXIDANT ACTIVITY OF ITS METHANOLIC EXTRACTS

Cassia alata also known as candlebush is a medicinally important plant. In the present investigation we are reporting the isolation and structure elucidation of two flavonoids kaempferol (1) and luteolin (2) isolated from methanolic extract of its beans through bioassay guided fractionation. The structure of isolated compounds were characterized by spectroscopic techniques such as EIMS, 1H-NMR and 13C-NMR. In this article we are also presenting the antibacterial, antifungal and antioxidant activity of the methanolic extract of its leaves (CA-L), stem (CA-S) and beans (CA-BN). All the extracts showed remarkable antibacterial and weak antioxidant activity whereas moderate antifungal activity was only found in stem (CA-S) and beans (CA-BN) extracts.

The Cassia alata was collected from Karachi (Sindh) and identified by Mr. Ghulam Rasool. A voucher specimen (86464) has been deposited in the herbarium at Department of Botany, Faculty of Science University of Karachi, Sindh Pakistan.

The disc diffusion method (Bauer et al, 1966) was used to determine the antibacterial activity of methanolic extracts. 100 mg/ml of stock solution was prepared by dissolving extracts in DMSO. Sterile filter discs containing 10 ï­l of stock solution were used for screening. The Mueller Hinton agar (Oxoid) plates were seeded with 24 hours old culture grown in Mueller Hinton broth (Oxoid). The prepared discs were placed onto the surfaces at different positions and plates were incubated at 37ï‚°C for 24 hours. Results were recorded by measuring the zone of inhibitions in mm. Gentamicin was used as a standard.

Antifungal activity was also determined by disc diffusion method (Bauer et al, 1966) as above. Briefly, a small amount of culture was transferred to 2-3 ml distilled water or normal saline in a screw capped tube with few glass beads (1 mm in diameter) and vortexes for 5-10 minutes to make a homogeneous suspension of fungal culture. Sabouraud dextrose agar (SDA) plates were seeded with this suspension. Sterile filter discs containing 10 ï­l of stock solution were placed onto the surfaces at different positions. Plates were incubated at room temperature for 1 week. Results were recorded by measuring the zone of inhibitions in mm. Gresiofulvin was used as a standard.

Sterile discs containing different concentrations of samples varying from 0.98 to 1000 ï­g per disc were prepared. The MIC of those extracts showing maximum zone of inhibition against microorganism were calculated ( Table 2 ).

Antioxidant activity was determined by using the method described by Lee et al. (1998). 1,1-diphenyl-2-picrylhydrazyl (DPPH) was prepared in ethanol (300 µM). 10 µL of each extract and 90 μL solution of stable radical, 1,1-diphenyl-2-picrylhydrazyl (DPPH) was added in 96 – well micro titer plates and incubated at 37º C for 30 minutes. Absorbance was measured at 515 nm by using a spectrophotometer. Percent inhibition of radicals by treatment of test sample was determined by comparison with a DMSO treated control group.

Absorbance of the control

Ascorbic acid was used as standard control. The EC50 value calculated denotes the concentration (in ug/ml) of sample required to scavenge 50% of DPPH

The known flavonoids kaemferol (1) and luteolin (2) were isolated from the methanolic extracts of C. alata beans. The structure of the isolated compounds were elucidated by various spectroscopic techniques. Pharmacological investigations have indicated that all the extracts (CA-L, CA-S and CA-BN) of this plant possess significant antimicrobial and weak antioxidant activity. 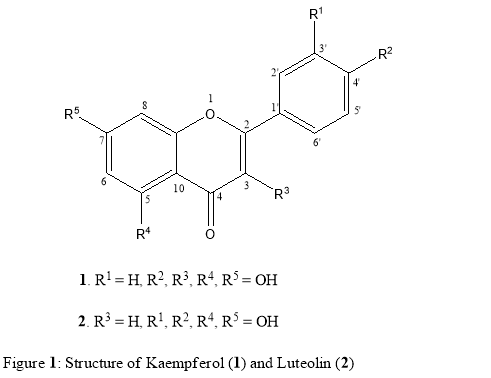 Table 3. In Vitro Antifungal activity (zone of inhibition in mm)