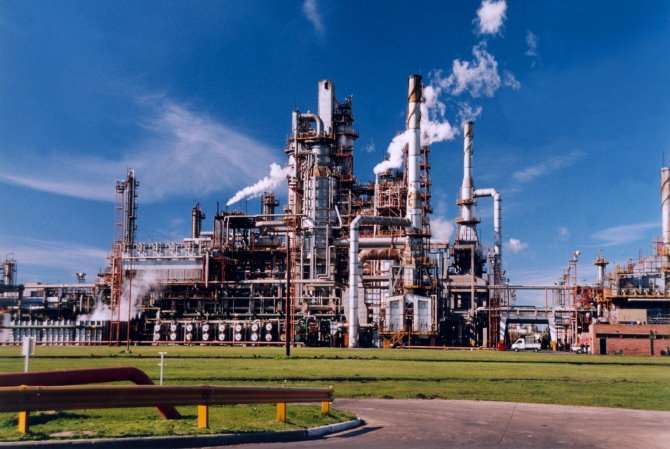 What sphere is the mixture found in?

Crude oil also known as petroleum is an unrefined oil extracted manly to produce petrol, paraffin and diesel oil. The oil is comprised of hydrocarbons, a number of organic compounds and small pieces of metal. The formation of this liquid dates back to millions of years ago from ancient marine life. This substance is located in the lithosphere inside rocks well stuck into the ground. To combat this, mining companies use the normal extraction of drilling to crack open the rocks and withdrawal the oil. Petroleum has had a significant contribution towards the world as it powers all transport vehicles, chemicals, plastics, heat and electricity.

One of the physical properties used when petroleum is being fractionally distilled remains heating to its boiling point. This method is used in order to extract oil from the rest of mixture and make into a pure substance. This is very important due to that fact that the substance must be pure in order to sell or work as petrol or diesel. If these requirements are not met the oil will not work properly and quality will suffer.

Since petroleum is a mixture there is a numerous ways to separate it such as physical or mechanically but the most common method used throughout the world is the process of fractional distillation. This method is mainly used in most companies because different substances in the mixture have different boiling points and allows it to condense, re-evaporate then condense that permits the separation of the oil from the mixture to become easier. Here is how the oil is separated using fractional distillation:

Products of the Separation and their uses

The fractional distillation of petroleum has produced several products that have a significant impact towards the modern world.  These products include gasoline, diesel, jet fuel, heavy fuel oil, residue containing bitumen and many more. Gasoline is one of the most important  substance’s used in in  cars  as it contains flammable liquid hydrocarbons that react with  internal combustion engines to cause a spark that causes a mini explosion. Moreover, the fuel burns immediately and powers’ the vehicles crankshaft. Residue containing  Bitumen is also important substance as it plays a significant role in the construction of roads. The product is mainly used in roads as the glue or binder mixed with combined particles to create asphalt concrete. Furthermore, the oil’s main other uses include waterproofing products, including sealing flat roofs and the production of roof felts. The following table expands this more.

There are two issues present in cleaning up petroleum.

The toxicity of the substance is very dangerous to almost all living things. The cleaning up of crude oil tends to be great issue cause of the toxicity and so the cleaners must be very careful to not be exposed or contaminate other living things. They also have to be fast with the clean up because it can dig and leech onto underground water system that links to human residential areas and pose a serious threat onto local communities.

The cleaning up of crude oil also tends to be a great issue because it’s thick and heavy and so it takes the cleaners many days to clean it insuring that it’s hasn’t contaminated anything else. This is because of the temperature the oil was heated during the process in order to work properly. Therefore, to a high extent the issue of toxicity and the oil’s thickness is a major issue during its clean up.

The Impact of the separation process on Chemistry

The fractional distillation of crude oil has progressively changed over the past century. This is mainly due to the advancement of technology and knowledge through the oil refining industry. Most of the oil companies used vacuum distillation to refine crude oil whereby the pressure above the liquid mixture is distilled and reduced to less than its vapour pressure causing evaporation of the oil with the lowest boiling points. However, as the mixture contained different substances that all have different boiling points this made the oil much harder to refine. Moreover, this method was then replaced by fractional distillation as it made it much easier to refine due it being able to separate a mixture with different boiling points better. Fractional distillation has had a high impact towards other fields in chemistry where its used in petrochemical, chemical plants, natural gas processing and cryogenic air separation plants. This process has allowed scientists to produce products in modern society and help understand more about the natural world.

Evaluate one of your sources

(http://www.bbc.co.uk/schools/gcsebitesize/science/aqapre2011/rocks/fuelsrev3.shtml). This company is British commercial company known it’s for news, documentaries and education articles. The company was formed back in 1922 by British and American electrician companies and is known to be one of the most famous companies in the world. Articles presented on their website nearly always right and used by some schools for education purposes. To make this article more academic BBC should have identified the author to inform the validity of the source.