Commercially produced milk undergoes a process of homogenisation to ensure the fat and water particles within milk form one uniform mixture instead of being separated. This process is known as emulsification and is broadly defined as the making of hydrophilic and hydrophobic components of a mixture miscible. In milk the fat particles are hydrophobic and make up 4-6% of the milk whilst the water is hydrophilic and makes up 82-85% of the milk. These two different particles usually repel each other so to prevent this from happening and producing a product with bits of water and bits of fat, the milk is emulsified to form the white consistent mixture sold to the public. This experiment attempts to simulate this process by mixing water and oil to represent the fats and water in milk. This lab aims to demonstrate the process of emulsification as well as exploring different types of emulsifiers and comparing their ability to emulsify a solution. These emulsifiers are known as surfactants and aid in emulsification by reducing the surface tension between two liquid thus allowing them to better mix and emulsify. [1]

Firstly, four different water and oil emulsion solutions were prepared in four 250mL beakers. In each of the four beakers 30mL of oil and 70mL of water was added. The first beaker was used as the control and therefore had no surfactant added to it. The second beaker had 0.1mL of Triton added, the third 5mL of Lecithin and the fourth 5mL of Sodium Caseinate. The three solutions containing the added surfactants where then processed with a homogeniser for 1 minute with their appearance before and after being noted. Then a drop from each of the three homogenised solutions was taken and placed on a microscopic slide for viewing. The control solution which had not been homogenised was then mixed vigorously by hand with a spatula before a drop was also taken and placed on a microscopic slide for viewing. Each slide was then placed under the light microscope and an image was captured. The remaining solutions from each beaker was then split into two different falcon tubes. The first tube from each solution was used for particle size analysis using the laser particle size analyser. It was intended for the remaining four tubes to be placed in a centrifuge at 10,000rpm for 3 minutes however due to logistical constraints this was not possible. Figure [1] – All three solutions after homogenisation next to control solution These four images show that the Triton solution emulsified the best with the particles in the image being the smallest. This was then followed by the Sodium Caseinate with larger particles followed by the Lecithin with larger again particles. The image from the control is slightly unclear however the large particle in the bottom right corner indicates that large particles were still present. These images are in line with the information obtained from the laser particle size analyser. The data from the machine shown in table [1] shows that the particle size in the Triton solution was the smallest, followed by the Sodium Caseinate, the Lecithin then the control.

The combination of these two sets of information show that Triton was the best surfactant as it reduced the oil to the smallest particle size thus creating the most homogeneous solution.

Whilst the centrifugation was not performed it should have mirrored the results of the other two tests with the Triton solution separating the least and therefore have the smallest volume of oil on top as the Triton solution emulsified the best. The same order from the previous tests should have been kept which each subsequent solution having separated slightly more thus indicating how well each solution had emulsified.

A number of different mechanisms and physical and chemical properties are involved the process of emulsion. Surface tension theory states that emulsification takes place by the reduction of surface tension on the face of the two different phases [2]. This causes larger globules to be turned into smaller ones and thus reducing repelling forces between particles. Another mechanism is Repulsion theory which suggests that the emulsifying agent forms a film over one phase of the particles in the emulsion. This film repels other particles of the same phase preventing them from forming larger particles and causing them to remain suspended in the mixture [2]. Viscosity theory states that an increase in the viscosity of an emulsion will help create and maintain the suspension of globules in the dispersed phase thus leading to an increase in the stability of the emulsion [2]. 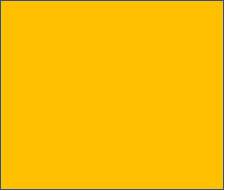 The structure observed in the experiment was an O/W as the small oil particles can be seen in figures [2]-[5] sitting in the water. This is because a small amount of oil was dispersed in a large quantity of oil leading to a an oil in water emulsion.

The hydrophilic-lipophilic balance (HLB) number refers to the size and strength of the hydrophilic and lipophilic particles of a surfactant molecule and ranges between 0 and 20 [3]. Surfactants with a HLB between 4 and 6 usually stabilise W/O emulsions whilst ones with a number between 8 and 18 stabilise O/W emulsions [4]. This is also most likely why the three different emulsifiers within this experiment performed differently as their HLB number indicates how suitable they were to act as O/W emulsifier.

Emulsion stability can be improved by using a surfactant. A surfactant reduces the surface tension of the particles within an emulsion reducing repellent forces between the different phases and making the emulsification more stable. Furthermore, viscosity modifies can also be used to change the viscosity of an emulsion and prevent particles of one phase from grouping back together and thus causing the two phases to separate. Finally, selecting a surfactant with a suitable HLB number helps maintain the emulsification.

Increasing the temperature of milk in milk homogenisation will help emulsify the mixture this is because as the fat melts into a liquid the particle size of the fat decreases allowing better emulsification with the water particles.