Medicinal chemistry is the branch of science, which has remarkable value for synthesis of novel drugs with intense therapeutic activity. It concerns with discovery, development, identification and interpretation of mode of action of biologically active compounds at molecular level.

The molecular biological revolution and progressive mapping of human ‘genome’ have created a new biochemical and biostructural ‘world order.’1

These developments have provided new challenges and opportunities for drug research in general and drug design in particular. Pure organic compounds, natural or synthetic products are the chief source of agents for the cure, the mitigation or the prevention of disease today. The major objectives of the medicinal chemists are transformation of pathobiochemical and physiological data into a ‘chemical language’ with the aim of designing molecules interacting specifically with the derailed or degenerating processes in the diseased organisms.

The development of chemotherapy during past 60 years constitute one of most important therapeutic advances in history of medicine and antimicrobial drugs are the greatest contribution of present century to therapeutics2. Potential therapeutic targets are being disclosed with increasing frequency and the exponential growth will continue during the next decades.

In this situation there is a need for rapid and effective target validation and for accelerated lead discovery procedures. Organic chemists are increasingly directing their attention towards synthetic aspects of biomolecules and biologically active compounds, biosynthesized by plants and animals.

Many important biochemical compounds and drugs of natural origin contain heterocyclic ring structures. Many of them are employed in treatment of many infectious diseases due to their specific activity, but their use in treatment is attributed to their inherent toxicity to various pathogens.

DIKETO ANALOGUES AND THEIR SIGNIFICANCE 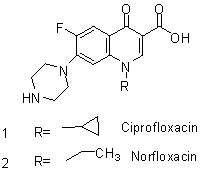 The first report of a class of compounds that inhibit HIV integrase appeared in 1992. Aurin tricarboxylic acids and derivatives were determined to inhibit 3’ processing of viral cDNA with moderate iC50 values of 10-50micromolar.

Thus the 1st pharmacophore with integrase inhibitory activity was determined i.e. aromatic rings with multiple hydroxyl substituents positioned on same ring or present close together in a 3D space if rings stack on top of each other. Since then considerable amount of work has been carried out in developing potential inhibitors of integrase taking the above compounds as leads.

THIOPHENE ANALOGS AND THEIR SIGNIFICANCE

Thiophene analogues have been known as antibacterials. In the year 2007 Stephane et al14 reported the synthesis and antibacterial activity of arylbenzothiophenes (10) and diarylthiophenes. (11) 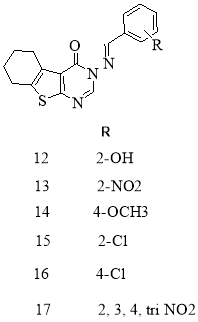 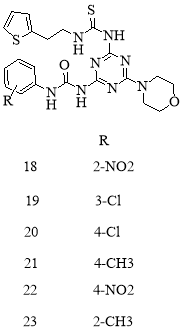 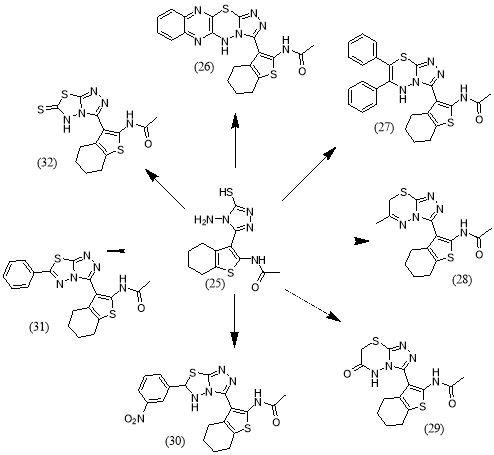 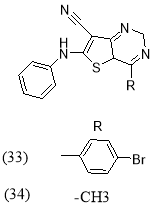 The 6-methyl-2-phenyl-3-(substituted)-3H-thieno[3,2-d] pyrimidin-4-ones (35-38) has been reported by Chander Mohan et al20 and evaluated for antimicrobial activity by using B. subtilis, E.coli, P.aeruginosa compared with standard drug Ciprofloxacin. 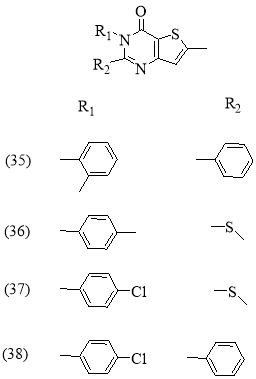 Bhuiyan Md. Mosharef Hossain et al21 reported synthesis of thieno[3,2-e] imidazo[1,2-c] pyrimidin-2(3H)ones (39) which was evaluated for antimicrobial activity against B. cereus, S.typhi and A.alternatacompare to reference drugs Ampicillin with Nystatin.