Basically, there are three novel modes of drug delivery, i.e.

Targeted delivery refers to the administration of a drug carrier systemically in order to deliver drug to the specific type of cells, tissues or organs. Modulated release implies use of a drug delivery device that releases the drug under controlled environmental conditions, bio feedback, sensor input or an external control device at a variable rate. Controlled release refers to a specific device that delivers the drug at specific release profiles or at a predetermined rate into the patient body.

The nature of the controlled release dosage form is such that the release is determined by the design of the system and the physiochemical properties of the drug and is independent of the external factors or the microenvironment in which the dosage form is placed. These products typically provide significant benefits over immediate-release conventional dosage formulations. Optimum therapy with repetitive administration of conventional dosage forms (e.g. injectables, liquids or tablets) can classically be pursued by dosage scheduling. The aim of this process is to maintain drug concentration in a therapeutic range, above the minimum effective concentration and below the toxic concentration.

Thus CDDS avoids the undesirable saw tooth characteristics of the plasma concentration vs time profiles of the conventional drug products.

A diagrammatic illustration of controlled versus conventional dosage delivery is shown in Figure-1. 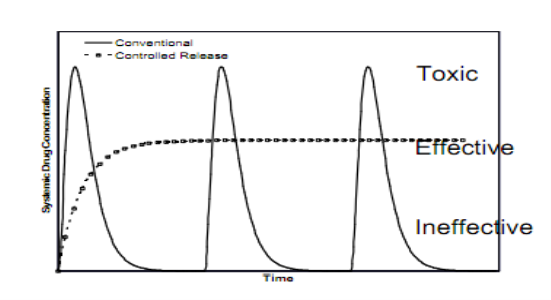 The delivery of drug at controlled rate over an extended period of time is represented mathematically:

Where Cd is the desired drug level, Vd is the volume of distribution and Ke rate content for drug elimination from the body.

Added to this, the high cost of development of new, safe, specific and effective drug molecule is prohibitive and developing nations virtually cannot afford such integrated multi-group cost intensive drug development ventures. Therefore, many pharmaceutical industries and drug research institute oriented their efforts to develop pre-programmed unattended delivery of drug at a rate and for a period to meet and achieve the therapeutic need. These systems are coined as Controlled drug delivery systems

Table 1.1 Classification of oral controlled release systems depending on mechanism of

As controlled release dosage form are slightly expensive than conventional formulations, they cannot be justified unless they offer come clinical or practical advantages given below:

However, controlled drug delivery systems also have some disadvantages. They include, 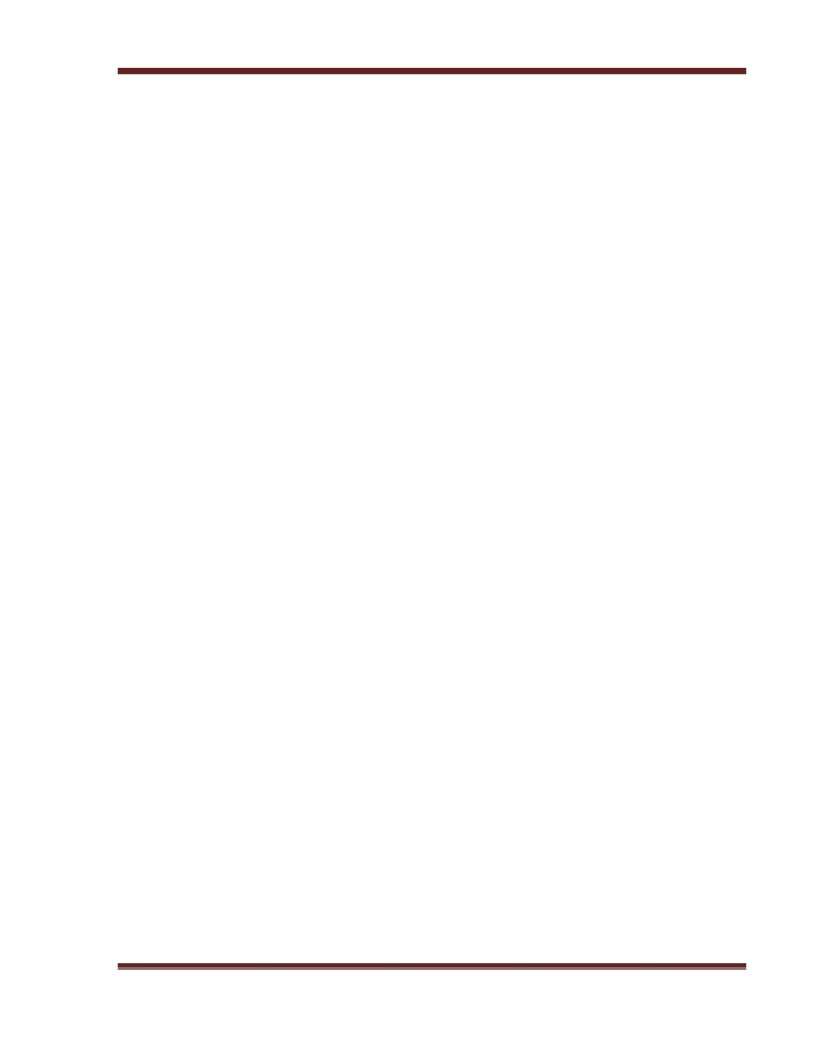 To control or change the drug release from a dosage form there will be a number of design options. Most of the per oral controlled release dosage forms comes under the category of osmotic, matrix or reservoir systems. The polymer matrix contains embedded drug in matrix systems in which the release occurs by partitioning of drug into the release medium and polymer matrix. In case of reservoir systems a rate controlling membrane is surrounded and coated around the drug core. But, drug release from conventional controlled systems i.e., reservoir and matrix systems is affected by various factors like presence of food, pH and different physiological factors. In case of osmotic systems the drug is delivered based on the principles of osmotic pressure. The drug release from this system doesn’t depend on the pH and various physiological parameters and thus by optimizing the drug and systems properties the release characteristics can be modulated.

In 1955 Rose and Nelson utilized the principles of osmotic pressure in drug delivery for the first time. They described two systems; one that delivered 0.02 ml/day for 100 days and another that delivered 0.5 ml/day for 4 days, both for use in Pharmacological research.

In the 1970s, Higuchi and Leeper proposed a series of variations of the Rose-Nelson pump5. Theeuwes further modified the Rose-Nelson pump and developed a system. Small osmotic pumps of these forms are sold under the trade name ALZET (Alza Corp., CA). The device has a volume of approximately 170µl, and the normal delivery rate is 1µl/hr.

A major milestone was achieved in 1974 with the description by Theeuwes and Alza’s co-workers of a tablet design composed of a compressed tablet-core surrounded by a semi permeable membrane with a single orifice, so-called Elementary osmotic pump (EOP). This design adaptation for human use was conveniently processable using standard tabletting and coating procedures and equipment. The first two products indomethacin, Osmosin6 and phenylpropanolamine, Acutrim TM6 were launched in the 1980s.

Oral osmotic drug delivery system (OODS) development continued with two new OODS designs, the controlled-porosity osmotic pumps (CPOP) and the push-pull osmotic pumps (PPOP). The first of these was the CPOP, which was designed to decrease the risk of extremely localized drug-induced irritation at the site close to the orifice.

In the 2000s, a new drug product based on OODS technology was formulated to deliver methylphenidate to children (above the age of 6 years) with attention-deficit hyperactivity disorder (ADHD). These delivery systems were based on a new design, the push-stick osmotic pumps (PSOP), which combined immediate and sustained drug release phases.

The drug release from this system doesn’t depend on the pH and various physiological parameters and thus by optimizing the drug and systems properties the release characteristics can be modulated. In the last few years more number of patents are granted on these oral omotic drug delivery systems. These systems has ability to improve therapeutic agents clinical profile and so they are becoming one of the most attractive technologies today.

When osmotic system is administered, from the one or more delivery ports the drug that contain suspension or solutions is pumped out of the core due to the hydrostatic pressure developed by the imbibition of water in to the core osmotically through the semi-permeable membrane. By the water influx through semi-permeable membrane the delivery of drug from this system can be controlled.

Osmotic pressure is directly proportional to temperature and concentration and the following equation describes the relation between them:

Osmotic pump is a new delivery device, which delivers drugs or other active agents at a controlled rate by the principle of osmosis. Control resides in the water permeation properties of the formulations 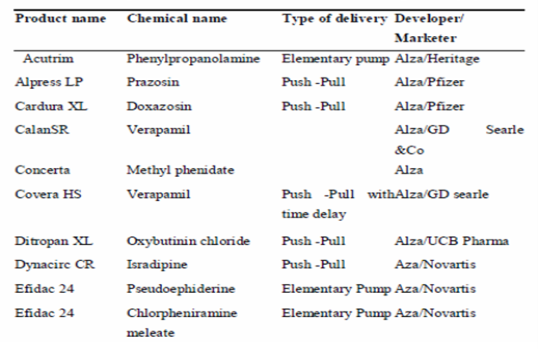