Marine-microalgae are normally termed as seaweed belonging to the primitive family of non-flowering plant known as thallophyta (Fig 1). The sea plant lacks the leaves, stem and roots of true plants. The body of the seaweed is called the thallus named after the thallophyta. The flattened leaf portion of the microalgae is called the blade and its function is to increase the photosynthesizing surface area.

Seaweeds are attached to the bottom by a root-like structure called a holdfast. Seaweeds are autotrophic which grows in the intertidal and sub-tidal region of the sea. Seaweeds grow abundantly where rocks and coral are present as substratum (Marine Fisheries information Services October-November 1998; Kaliaperumal et al., 2004). 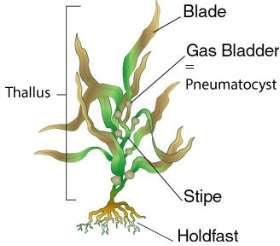 Seaweed is mainly used in Asia as food, fodders, fertilizer and also as drugs in the pharmaceutical industry for its therapeutics properties (Marine Fisheries information Services, October-November, 1998).

Brown seaweed is found in the family of seaweed which is called the phaephyceae. The brown seaweed composition varies according to the species, throughout the year and between different habitats.

Brown seaweed is composed mainly of carbohydrate such as alginate, laminaran, mannitol, fucoidan and small traces of cellulose as shown in Table 1. (Fasahati et al., 2012)

The structure differs from species, age and from different part of seaweed. Alginate consists of two monomers and is linked to each other alternately in a linear form. The monomers are namely β-D-Mannuronate and α-L-Guluronate in Fig 2(B) and 2(D) respectively. The acid form of mannuronate and guluronate, is mannuronic acid and guluronic acid (Fig 2(C)) respectively. Figure 2(A) depicts the structure of sodium alginate in a linear form.

The monomers are linked through carbon 1 and 4 and have sequences forming blocks of MM(Fig 3(A)), GG(Fig 3(A)) or GM blocks in Fig 3(A) (Arzate-Vázquez et al., 2012, Morais et al., 2013). Mannuronates and guluronates both have carboxylic group on the carbon 5 of their respective structures (Falkeborg et al., 2014).

Figure 3: (A) Alginate structure with G and M repeat units, (B) showing the repeat of G and M joined together (C) block fractions of alginate polymer (Yuemei Lin et al., 2010)

Gomez et al., (2009) described the pre-treatment and the extraction of alginate from brown seaweed. The seaweed was crushed and was added to water to moisten the latter. 0.1 N Hydrochloric acid was added to the sample and the solution was stirred in order to reach a pH value of 4. This process was continued for 15 min at room temperature and the supernatant was eliminated. The pre-treatment was carried out three times for each sample using 0.1 N Hydrochloric acid.

The extraction was followed by the addition of the pre-treated solution to a beaker with 1 N sodium carbonate (pH of solution 10). The mixture was stirred mechanically for a period of 2 hours at a temperature of 60 oC. To the extracted solution a silicon based rock was added and was stirred for 15 minutes. The mixture was then centrifuged to obtain the sodium alginate supernatant.

The ethanol pathway was performed by the direct precipitation of sodium alginate using ethanol. The precipitate was washed then with ethanol under soxhlet condition for 100 hours to obtain the pure biopolymer which was dried under vacuum.

The extract alginate was mixed up with 1 N of HCl at room temperature under constant stirring for 1 hour at a pH of 1. To obtain the alginic acid, the mixture was separated by centrifugation by adding water and 1 N sodium carbonate. The mixture was left at room temperature under stirring for 1 hour in order to obtain the soluble form of sodium alginate. The polymer was precipitated by the addition of 1:1 volume ratio of ethanol by the method described in the ethanol pathway.

To the extract of sodium alginate, 1 M calcium chloride was added and the precipitate was thoroughly washed with distilled water using a soxhlet for 64 hours. The mixture was agitated at room temperature and distilled water was then added followed by the addition of 1 N Hydrochloric acid until a pH 2 was reached. The alginic acid which is insoluble was separated from the supernatant by centrifugation and the insoluble alginic acid was washed with 0.05 N HCl and the solution were stirred at room temperature. The precipitation of alginate was obtained by the addition of Na2CO3 to obtain sodium alginate. The purified alginate was collected by the soxhlet as discussed in the ethanol pathway.

The yield of alginate is being affected by different factors such as the species, age, period of harvest, temperature of extraction, extracted with either alkali or acid and on the content of alginate in brown seaweed also the size of alginate also affects the yield.(Fertah et al., 2014)

Sample SS size is 1mm and BS for 1mm

Table 2. Yield of alginate at different size sample and temperature

There are up to 40% of alginate content in brown seaweed and the content of alginate depending species of brown algae can vary from 10 to 25% (Yabur et al., 2006).

The period of collected of seaweed Sargassum filipendula have different yield of alginate. During fall, spring and summer the yield are 17.0 ±0.1 %, 17.2±0.3 % and 15.1± 0.1 % respectively. The yield is lower in summer than spring and fall because summer algae have lower receptacle and branches which are characteristic in their reproductive period. (Bertagnolli et al., 2015).

The yield of alginate is also affected to different species of Sargassum shown in table 3. The highest yield is from S.vulgare is 30.2 % and the lowest S.dentifulum is 3.3 %.

Table 3: Yield % of alginate from different species of Sargassum

The proposed biosynthesis of alginic acid in Fucus gardineri in the presence of bacteria Pseudomonas is shown in Scheme 2 (Lin and Hassid: 1966).

Extracted alginate may be characterised using a variety of techniques such as 1H-NMR, FT-IR, SEC, DSC, CHNS elemental analysis and viscosity.

1H-NMR spectroscopy is used to determine the main structural pattern and composition of alginate. Structures of alginate are generally constituted of homopolymeric blocks i.e M and G blocks that can be separated by heteropolymeric of MG blocks. The M/G ratio has a strong effect on the physical properties of alginate. 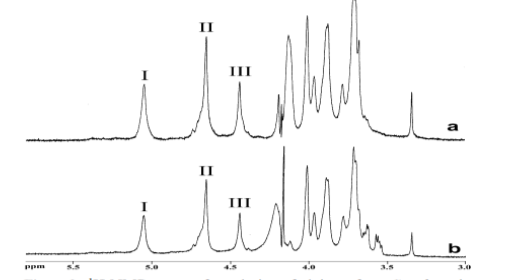 Table 4 shows the result for elemental analysis for SVHV and SVLV and both sample proved to have similar results. The nitrogen content is due to the protein found in the seaweed. The % C are 27.7 and 28.1, %H are 5.15 and 4.4 for SVLV and SVHV respectively. The %N (nitrogen) is due to the presence of protein which contains amine groups in seaweed. % S are zero for both SVLV and SVHV

Intrinsic viscosity is the measurement of hydrodynamic volume occupied by complex molecule at unlimited dilution in specific solvents at a given temperature. The intrinsic viscosity depends on the molar mass (Mv), composition and the sequences of M and G residues.

Intrinsic viscosity is represented as equation 1

Where Æžsp is specific viscosity and Æžsp/C is reduced viscosity

Another equation of reduced viscosity is defined as

the intrinsic viscosity was found by the classical method of a plotting straight line graph according to the Huggin’s Equation (3) to which [Æž] y-intercept is obtained. 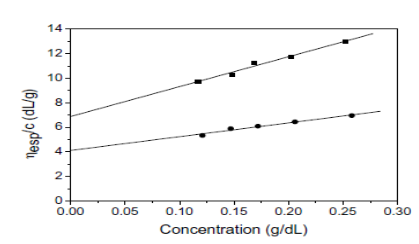 Molar mass (Mv) is determined by using the Mark-Houwink equation (4),

where k and a are empirical coefficients that are dependent on the polymer and the solvent-temperature system used.

As for alginate, a value ranges from 0.73 to 1.31 can be acquired depending on the composition of alginate and ionic strength. G-rich alginate has higher a values while lower a values are observed in M-rich alginate which is flexible in nature

The a value used is 0.984 which is different on at specific solvent used. Average molar mass for SVHV was higher than SVLV and similar values to S.fluitans. SVLV has a lower value than other Sargassum species reported in table 5 (Torres et al., 2007).

Alginate has many areas of application. For example in food industry and is use to stabilise mixture dispersion and emulsion which increase the viscosity of the gel and forms gel such as jam and jellies. Alginate gel films are also utilized in the food industry as edible films on fruits and vegetables and as coatings designed to improve stored meat quality, industrial and pharmaceutics because the water in alginate has the ability to hold and form gel, to form and stabilise emulsion, textile industry, rubber adhesive paper products, cosmetics and in dental mould (Chennubhotla et al., 2013; Crossingham et al., 2014).

Alginate also protects against carcinogenic substances, it clears the digestive system and protects the membrane of the stomach and intestine. Alginate is used in the manufacturing of soft capsules and is consumed as beverage for lowering blood sugar level. Alginate is used in the textile industry as an additive for textile and has also been investigated recently in the composition in vaginal film dosage in pharmaceutical industries and alginate is also used in wound dressings (Paul et al., 2004).