Abstract. China highly sublimated dream of Chinese Communist governing philosophy, is the current Chinese nation and the Chinese people over the concentrated expression, has profound implications. Chinese Dream is the ideal and reality, commonness and individuality, the world situation and conditions, static and dynamic, together with the tension, seeking common ground and reserving differences, rigid and flexible, The Wealth of Nations and the blessing of unity, it deepens the development of human society, socialism construction law, law of the Communist Party of understanding. Longitudinally from the past, present and future, laterally from the economy, the comprehensive development of political, cultural, social, ecological and human combination, built by the powerful Chinese dream, the rule of law in China Dream, civilized Chinese dream, harmonious Chinese dream, a beautiful Chinese dream and happy Chinese dream composition of the “5 + 1” the great rejuvenation of the Chinese dream three-dimensional structure. To effectively implement the system search path Chinese dream, and build support system, promote Chinese dream to achieve.

Internet in the “movable”, “portability” of the direction of accelerated development today, a wide range of new media applications in the student population, has become an important way of college students access to information and communication, and the trend has Invasion Students classroom. The rapid development of new media to the ideological and political education has brought challenges, but also brought opportunities, analyzing the challenges and opportunities at the same time learn from the experience of foreign political education work on the new media era of ideological and political education of college students innovative thinking path.

Since the party’s 18, Xi Jinping, general secretary repeatedly expounded affectionate “China Dream” profoundly pointed out, “China Dream” of the content, in the right direction to achieve the path and rely on the power. June 7, 2013, during a meeting with Obama in California, Xi further pointed out that “China Dream is the national prosperity and national rejuvenation and people’s happiness. It is also cooperation, development, peace, and win a dream. This is the American dream and beautiful dream peoples are interlinked. “” China dream “aroused strong repercussions at home and abroad, become the focus of heated debate in academic circles.

Compared with traditional media, new media loved by the students, so the new media are widely applied in college students, college students has become an important way for information and communication, and the invasion of Students with Classroom trend. The rapid development of new media to the ideological and political education has brought opportunities as well as challenges.

New Media Students ideological and political education to the challenges of:

Scientific connotation of Chinese dream and basic features.Among interpretation of “China Dream”, you also need to highlight the nature of its content, that is to say, it is best to interpret the intention of speaking according to Xi Jinping. Comrade Xi Jinping speak of “China Dream” is “to achieve the great rejuvenation of the Chinese nation.” This is the essence of the meaning of Chinese dream.

“Chinese people’s dream in the final analysis is a dream.” The connotation of Chinese dream, beyond the dream of a powerful and far greater than the content, China’s dream subject is human, rather than the fictional country. Chinese Dream is reflected in every Chinese person’s life. Chinese dream to achieve, is to realize the people’s dream is to realize the Chinese people happier real life. Chinese dream, a dream of happiness 400,000,000 ordinary Chinese families, the civilian population is 1.3 billion Chinese national revival share dividend dream of life is to let every Chinese person has a good living, living environment, having taught conditions, struggle jobs, entrepreneurial opportunities, able to display their talent and realize personal values.

Chinese Dream includes the profound meaning of “national dream” and “personal dream” two levels. Grasp the whole, Chinese dream is the dream of national rejuvenation, prosperity of the country is a dream; grasp from the individual, the Chinese dream is the dream of a happy life, life is the color of the dream. “National Dream” and “Personal Dream” are closely linked, united in building socialism with Chinese characteristics in the great practice. Chinese Dream is a “national dream” and “dream home” a combination of “country” and “home” is a community of destiny. Dream is the core of Chinese people live and work in internal and external China’s peaceful development has become a big country. For Chinese people, the Chinese dream is to achieve national prosperity, national rejuvenation and people’s happiness great dream; people of the world, the Chinese dream is the dream world of the international community to promote common development, the development of human civilization and make greater contributions. Chinese dream is actually composed of two complementary aspects. On the one hand is the common ideal of the entire nation, on the other hand is a reality based on the spirit of hard work, hard work.

The basic characteristics of China Dream.Chinese dream of national character, contemporary and practical features: it is a Chinese traditional culture, reflects the national character; it is a response to the issue of China era, reflecting the times; it is to explore the reality of China’s path , it reflects the practicality. Chinese Dream is clearly more transcendent.

First, the Chinese dream is the dream of the Chinese nation for generations grew up in this land, is the dream of the people; secondly, China not only emphasizes the equality of people dream of opportunity, but also emphasizes human development. Building a moderately prosperous society highlight “China Dream” era characteristics: First, the comprehensive national strength further leap of “strength characteristics”; the second is to further enhance social harmony “Happy characteristics”; the third is the revival of Chinese civilization in the further evolution of the “civilized features “; Fourth, to promote all-round development” value characteristics. “

History and Culture Foundation China Dream.To achieve the great rejuvenation of the Chinese nation, mainly since the Opium War of 1840 against the poor and weak condition raised. History and culture on the basis of Chinese dream, basically the same academic point of view.

Leng Rong believes that the so-called “two hundred years” is to realize the Chinese dream of two historical phases: the first one hundred years, from 1840 to 1949, it is a stage of national revival. This century, from nowhere, to find the road to recovery, to achieve national independence and liberation history. Second century, is from the middle of the 1949-21 century, become a prosperous, democratic, civilized and harmonious modern socialist country and achieve the great rejuvenation of the Chinese nation. Now we are in the stage of completion of the second century tasks. LI considers that, in modern times, the Chinese nation Chinese dream in China suffered aggression and the world powers can not protect themselves the historical background of the formation. Until after the founding of the Communist Party of China in 1921, Chinese revolution has taken on only one of the new, Chinese people in achieving the “China Dream” in the historical process which opened a new page. After 28 years of arduous struggle, the Communist Party of China led the people of all ethnic groups to win the victory of the revolution, the establishment of new China in 1949, the “China Dream” people realize the dream of hope. Since then, the Chinese Communists started the realization of “China Dream” wheel of history. Li Jie said, “China Dream” record of the Chinese nation suffered from the extraordinary historical humiliation to win independence and liberation, carrying and creating a socialist road with Chinese characteristics painstaking exploration great history, demonstrating socialism with Chinese characteristics for the future.

Generally speaking, the “China Dream” is not only excellent Chinese nation five thousand years of civilization heritage, is the Chinese nation in modern history of the development of a profound summary, it is since the founding of New China, especially the reform and opening up 30 years great practice of highly condensed. We can say that China is not only dream of carrying the weight of history, but also embodies the characteristics of the times of reform and innovation.

The international political environment background.By the new media like to accept new things, students welcome the reason, there are three points: First, the new media text, pictures, video and sound good combination of shape, coupled with presentation, informative and vivid strong; the second is the new media than traditional media compared to the use of low rates and quick and easy, via different platforms to achieve access to information; the third is on new media platforms, time-sensitive information dissemination, be the first to current events at home and abroad For a time through the new media to spread, so that students can understand the global News on campus. Based on the above three factors, the new media used in the ideological and political education of college students, you can quickly and easily publish all kinds of student practical information vividly the educational content into a readily accepted form of college students. 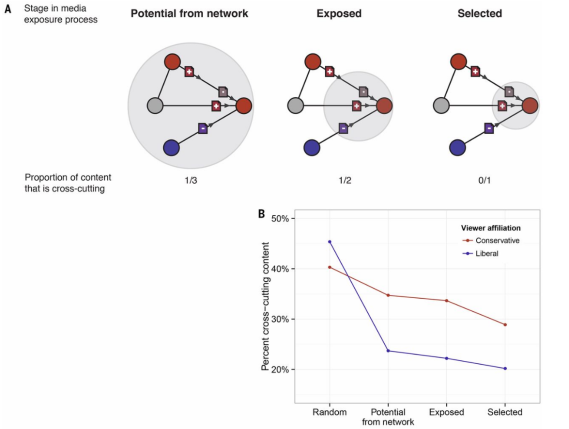 Students focus on new media literacy education.Media literacy curriculum mostly domestic colleges and universities to open in journalism or as a public elective appear, did not cause the school attention. Western countries in the school curriculum is very focused on Students’ media literacy. For example, in Germany, knowledge of media literacy is often high on the political, social knowledge and social studies courses taught, and as a college, regular lectures and promotion of adult education institutions, religious groups and community workers. Meanwhile, in order to further enhance students’ media literacy, the school will organize the appropriate media literacy education practice, to really learn the theory and practice of the use of the combination. Strengthening Student literacy cultivation of new media, in order to build a strong line of defense in college students, to ensure the orderly conduct of the ideological and political education.