The airline of our group research is Delta Airlines which is one of the most famous international airlines in the world. And this article is going to discuss the comparison and contrast with another famous airline, Singapore Airlines. Besides, it will also evaluate how they will get today business scale through analysis their growth strategy.

According to the web page of Delta Newsroom, Delta Airlines was a dusting services organization, which named Huff Daland Dusters, in U.S. in 1924. One of the Delta partners, C. E. Woolman bought it in 1928 and changed it to provide the air mail services and its name Delta Air Services. Moreover, after Woolman took over the company, it started to services the passenger in 1929 which just serviced 5 passengers with only one route from Dellas, Texas to Jackson, Mississippi (Delta Newsroom). In 1945, Delta was officially changed its name to be Delta Airlines (Delta Newsroom). Its services hub had become from 1 to around 11 and flying over 119 countries with 606 destinations in nowadays. Moreover, its annual passenger is around165 million with around 5400 daily flights (Delta Newsroom). Besides, its net profit is around US$10.54 billion in 2013 (Karp 2014). Delta Airlines has become to be today business scale which was mainly depend on its growth strategy of mergers and acquisition in pass few decades (Ireland, Hoskisson & Hitt 2008).

Although Delta Airlines and Singapore Airlines have a lot of difference of starting the business and its growth strategy, they also utilize the alliance strategy, Delta Airline is Sky Team and Singapore Airlines is Star Alliance, to enlarge its business network (Sky Team website and Star Alliance website). Moreover, Singapore Airlines has mergers and acquisition with 49% stake of Virgin Atlantic such as Delta Airlines, however it sold the 49% stake to Delta Airlines in 2012 (Singapore Airlines website).Besides, they also seem to face a similar macro environment. According to our research portfolio in Chapter 2, PESTEL and Porter’s Five Forces analysis that can refer to appendix 2 and 3 for simply analysis, they need to be threat by higher level of bargaining power of suppliers such as fuel and aircraft suppliers and rivalry competitive in the industry with other airlines. Moreover, they also need to face the impact of deregulation that causes the price war with other competitors. 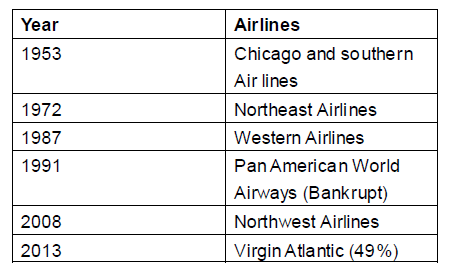 Besides, Delta Airline also use the differentiation strategy to make it different from its competitors to grow its business such as it is first to utilize radio frequency identification (RFID) Tag to check the baggage location through internet. That can help Delta Airlines to save the cost around US$100 million a year to avoid losing the baggage (Rosencrance 2014). Besides, it develops “Skymile” to the customers to earn the mile for rewarding the free travel to attract more passengers (Delta Airlines website). Moreover, it also utilizes the technology such as twitter and facebook to interact with the passenger, thus it also got an award of Top Tech-Friendly U.S. Airline in 2012 (Delta Newsroom).

Meanwhile Delta Airlines establish Delta TechOps to maintain its own fleet and to provide maintenances services to other company (Delta TechOps website). And it has reduce the threat by supplier and cut its operation cost as well. All of these strategies led Delta Airlines to reach today business scale. 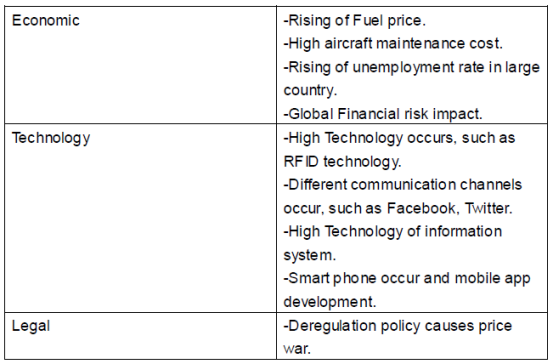 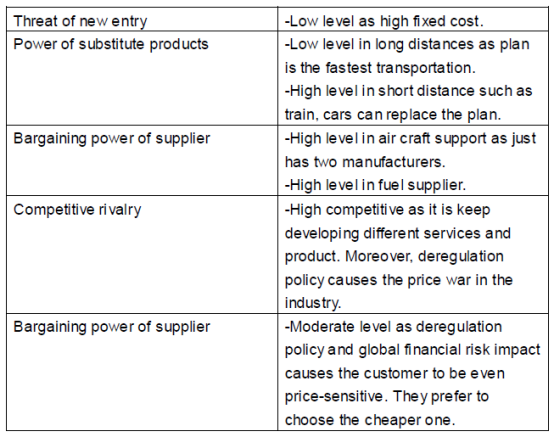