Functional brands are those that satisfy consumers’ “immediate and practical needs” (Bhat and Reddy, 1998). Thus, they reside higher in a consumer’s mind in terms of providing consumption solutions than giving symbolic value. According to Elliot et al. (2001), functional brands mainly comprise of low involvement products that do not require a thorough decision making process as they are relatively cheaper and pose less risks if a mistake is made. The level of involvement depends on how personally relevant the product is to the consumer and the depth of information required in making a decision. Lack of symbolism in functional brands are portrayed in the lesser ability to satisfy needs related to self-image and social identification (Park et al., 1986). The following section shall further explore this functionality concept based on a specific brand.

A brand that fills the functional realm is Kenco, a coffee brand originated from United Kingdom. The brand positions itself as a good tasting coffee, congruent with its tagline “Making great coffee”. The exceptional taste is what differentiates the coffee from its competitors. This is in line with Park et al. (1986) brand concept management that proposes enhancement in the practical performance of a functional brand to gain competitive advantage. Kenco also emphasises on the distribution of its products by making them available at most supermarket retailers in the country. Increasing intensity of brand distribution reduces time for information search, thereby increasing the brand perceived value (Yoo et al., 2000). Furthermore, the price is also set at a reasonable level that makes the product highly affordable for purchase. As asserted in Bhat and Reddy (1998), functional brands help to fulfil motivation of rational customers that aim at maximising their utility through attractive pricing. These marketing mix strategies help Kenco raise brand awareness and stimulate positive word-of-mouth (WOM), which are the main brand values that functional brands can leverage on to influence purchase decision (Elliot et al., 2001,Â  Delgado-Ballester and Sabiote, 2015). 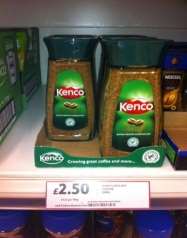 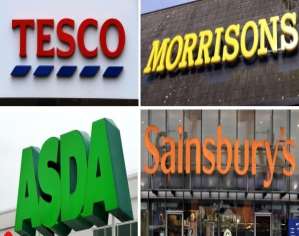 According to Bhat and Reddy (1998), brands can be positioned as both functional and symbolic since they are treated separately in consumers’ minds. Therefore, it is possible that there could be an overlap between both brand concepts. Kenco also seems to attempt at positioning itself in such a way by increasing its emotional appeal to customers through participation in corporate social responsible (CSR) activities. The brand uses fair trade coffee and supports various local communities in the coffee producing countries. However, involvement in CSR activities is becoming a norm among coffee brands nowadays that a consumer could be blurred by this image.Â  A finding by De Pelsmacker et al. (2005) showed that a fair trade label was the least important attribute in coffee purchase compared to brand and taste. Moreover, the positioning of the brand in the functionality or symbolic spectrum would depend on the strength of either concept to a customer.

Comparing Kenco’s website with Nescafe, the world’s leading coffee brand, there appears to be distinct difference in the message that both brands are trying to relay. Kenco is mainly focused on its product such as where and how the coffee is produced. There is a lack of user-generated content that could help customers relate or share their feelings with other customers. Their social media is also mainly used at attending to customers’ queries or feedback of their products rather than applying more interactive content marketing. In contrast, Nescafe emphasises on how the brand can be part of their customer’s lifestyle by showing pictures of real people enjoying coffee and telling customers that their coffee could even start a friendship. Thus, there is an emotional connection to it. The higher attention that Kenco gives on its core product rather than symbolic meaning shows that Kenco fills the lower spectrum of enactment dimension as described in Berthon et al. (2013), thereby largely fulfilling the functional attributes. 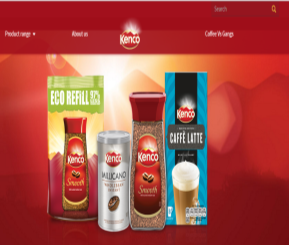 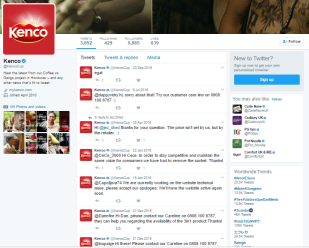 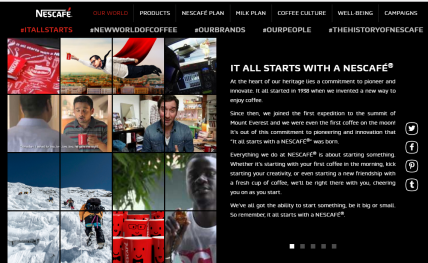 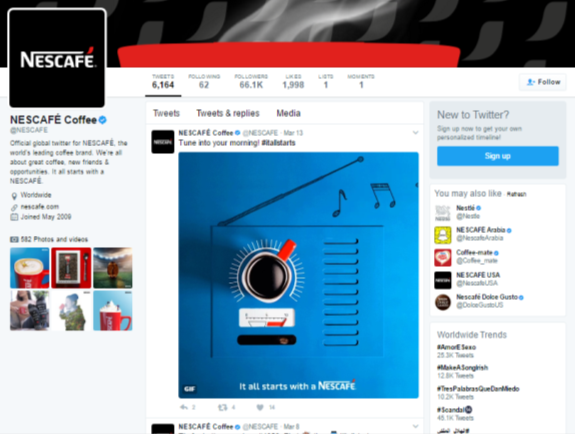 Delivering exceptional service and products are without doubt one of the key attributes to a strong brand (Aaker, 1991; Malai and Speece, 2005; Park et al., 1986; Porter, 1995). However, focusing only on functional attributes may cause a brand to be highly susceptible to competition as these attributes can be imitated (Hartmann et al., 2005), therefore unsustainable. Kenco seems to understand this brand concept based on the effort that it puts into its CSR campaigns. However, as mentioned, this attribute is common across coffee brands and shown to be least important in empirical research. The brand should focus more efforts at providing higher experiential value by associating the brand with real people such as opinion leaders, or strengthening brand community among its existing customers. Association with people could elicit feelings and self-symbolism in the brand (Delgado-Ballester and Sabiote, 2015), though care needs to be taken to ensure that the image chosen is in line with the brand’s persona. Leveraging on the existing customers by forming greater bond could further amplify WOM, which is seen as the biggest strength for Kenco.