Search on the internet using ‘Google’.

If you copy/paste into your text, use inverted commas, give references and credit at the bottom of your page. Copy and Paste should be a maximum of 10% of your final copy.

At the end of your assignment, give a complete bibliography.

Type in ‘Word’ using Calibri FONT. The main text should be font size 12. Use recto/verso printing if possible to save paper.

If using images or graphs, make sure they correspond to a point you wish to make in the text.

Globalisation is worldwide business. It is really important because businesses can get customers from all over the world.

In this assignment I will show you, why global business important and what types of business might be going to be global.

And I will explain how governments respond to an expanding global economy. I will outline the main government areas of intervention such as fiscal policy, monetary policy, privation and nationalisation, trading blocs, exchange rates.

Global business appeared because of 5 points.

Economics: Rivalry in which every seller tries to get what others sellers are seeking at the same time: sales, profit, and market share by offering the best practicable combination of price, quality, and service. Where the market information flows freely, competition plays a regulatory function in balancing demand and supply.

There are a lot of place of choice to locate the business in this world. You can choose the place by your needs (Low level tax, cheap labour, Warm place, cold place) For example it can be possible to Company A which produce swimwear open the main company in low tax country and build the factory in low wags country (like a china) then sell to tropical country.

Merger it’s a transaction where two firms agree to integrate their operations on a relatively co-equal basis became they have resources and capabilities that together may have resources and capabilities that together may create a stronger competitive advantage. The combining of two or more companies, generally by offering the stockholders of one company securities in the acquiring company in exchange for the surrender of their stock. Example: Company A + Company B = Company C

Global business has appeared in this 5 points (Competition, Consumer expectation, Economies of scale, Choice of location, Mergers). Globalisation appeared also because of company does have a lots of demand and so they cannot produce enough un less hey get support from other country. Also they need more cheap materials source from not only own country. For example, China is the one of the countries labour and cheap material. So a lots of business make factory in there.

Globalisation is the process of integration of economies, industries, cultures and policy-making around the world. It describes a process by which national and regional economies or cultures have become integrated through the global network of trade, communication and transportation.

In the past globalisation was mainly focused on the economic side of the world, such as trade, foreign investments and capital flows. Now it started to include a broader range of areas and activities such as culture, media, technology, socio-culture, political and even biological factors, e.g. climate change.

In this question I will talk about company “LADA”. It is not really famous company in the world but almost everyone knows about this brand in Russian. Lada it’s a sight of Russia.

Lada working on the company called “LADA Progress” when this company works on “Avtograd” which is really famous in Russia because they selling: Lada, Opel, Chevrolet, Kia and Lifan. When “LADA progress” join “Avtograd” its means what they trying to start working on global business level.

“Lada” start opening new shops and getting more and more customers. They can order you: Selling Lada cars, selling parts for car and accessories, Full certificate workers will do MOT test, Test drive, Trade in.

Long time ago Lada was a croup company and was doing really bad machines and was chip, which is kind of okay, because everyone can get it. But now they trying to do much better and make customers take they words back.

In my opinion Lada should keep on this line and keep progressing in this stage, getting more customers, getting higher reputation and grow up in it. As I say before about bad reputation. Secondly I would say what they should move to other countries and see how is it going. If it will be all right, it means what they will keep growing up in reputation. When they rich moment whn they will be famous company with good quality of product, while they growing up they should watch on other companies and see how they going, so they can get more experience from them. Also they can get other company workers which can be better than Russians, for example take designer from BMW company so they get better view of the car and may be take engineer from Mercedes so they get better engine in the car and etc.

Trading globally gives consumers and countries the opportunity to be exposed to goods and services not available in their own countries. Almost every kind of product can be found on the international market: food, clothes, spare parts, oil, jewelry, wine, stocks, currencies and water. Services are also traded: tourism, banking, consulting and transportation. A product that is sold to the global market is an export, and a product that is bought from the global market is an import. Imports and exports

Lets talk about company McDonalds. First time when they come to Russia (USSR) was January 30th of 1990, and in the first day they get 30,000 customers. They open they first restaurant in Moscow, which was also first in hall USSR. It was huge even for McDonalds to come to USSR; they were planning to come for over 20 years. “They say they were holding talks with Soviet officials about opening this venture for over 20 years – since 1976” That’s was told in news.

Every new day they start getting more and more customers. Russian people start liking this taste of American burgers, because it was cheap and god quality. The point is what, McDonalds moved to USSR they spend 50 million dollars to open factory and restaurant, but they get hell of a lot customers from doing it. They definitely overpay they expenses.

So, McDonalds made risky move to spend 50 million dollars to open they product in USSR, but it was successful risk. They overpay they expenses and open other culture what means American burgers.

When McDonalds moved to USSR it was shock for USSR people because they never tried it before, and they like it so much. That’s why when they (McDonalds) mover to USSR in opening day was 30,000 people.

Let’s talk about Starbucks. It was a huge problem to this company, because of tax revenue. They were moving around the word to don’t pay to government hell of a lot money for being in company and using they property.

When company was open they start working on first generator Model 200A. and when they finished It HP start selling it for $54.40 when all other company was selling this kind of product for more than $200. And the first big company which find about HP was really interesting and bought 8 generators Model 200A and each was sold for $71.50. That’s was the biggest step for that company, because of that they start being famous. 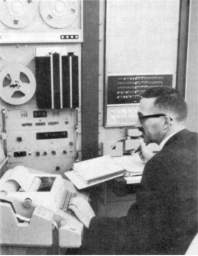 After this computer this company start getting hell of a lot profit and customers. Also at that moment they start known all round the world.