Today more than three billion people are using the Internet thus gaining access to information and communication technologies, according to a report from the International Telecommunication Union – a United Nation’s Agency (ITU, 2016). Thanks to this widespread adoption of information and communication technologies and the rapid rise of online social interaction, people now have more chances to interact, build trust and collect funds from the crowd, which is called “crowdfunding”. For the last decade, crowdfunding is a new concept that receiving attention in academic research and gaining ever wider use in practice. Even though crowdfudning is in its infancy, it is not only popular in developed countries but also becoming a global phenomenon.

Many researchers agree that crowdfunding was a societal response to the 2008 financial crisis and stricter business loan regulations (Antonenko, et al., 2014; World Bank, 2013). Since then, crowdfunding has attracted individuals and organizations (especially NGOs, SMEs and start-ups) to create public campaigns to fund their projects, whether for charity causes or for-profit ideas.

Crowdfunding has been receiving great attention from the developed Western world and now spreading to emerging markets too. According to a World Bank report on crowdfunding, entitled “Crowdfunding’s Potential for the Developing World” (2013), approximately 344 million households in developing countries can pool their money and they have the ability to contribute up to US$ 96 billion a year by 2025 to invest in community businesses (p. 10). Given this number, obviously, the developing world has a significant potential to facilitate crowdfunding.

Crowdfunding is a raising phenomenon in Vietnam for the last few years but is still progressing very slowly. There have been just handful projects successfully raised enough fund and created impacts on the development of the concept in the country. Most of them are artist start-ups projects (about comic books) or technology (mobile games). Mostly, the reward-based concept has been used in which, for instance, when pledging an amount of money, the investor will receive a pre-purchased hard cover book with author’s signature when it is available in the future. The successes of these projects stem from their initiative in the field (for example first historical Vietnamese comic book, innovative clean vegetables farm).

Table 1. Summary of the thesis 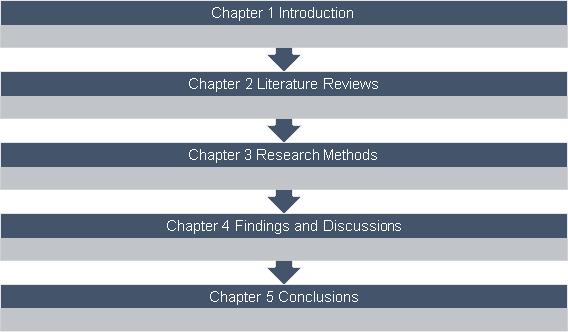 Crowdfunding is believed to be derived from the broader concept of “crowdsourcing” and “micro-finance” (Yao & Zhang, 2014; Mollick, 2014; Belleflamme, et al., 2014). According to Hossain & Kauranen (2015), the concept crowdsourcing was coined by Howe in 2006 in Wired Magazine referring to the practice of outsourcing company functions to a distributed network of individuals as an open call. Microfinance is a type of services that serving clients who have been excluded from the formal banking sector (for examples low-income households) (Morduch, 1999). In line with these, crowdfunding utilize the power of the crowd to finance small ventures, projects that are unlikely to get funded by traditional means, using crowdfunding platforms or social networks (Lambert & Schwienbacher, 2010). Despite being inspired from those concepts, crowdfunding represents its distinctive form of fundraising.

Literally, crowdfunding means collecting funds from the crowd. Each investor provides a relatively small amount financial support, acquiring physical product or equity in return as Mollick (2014) noted. As the astounding rise of crowdfunding over the last decade has raised awareness of and interest in its potential (Belleflamme & Lambert, 2016), a wide variety of its definitions has been given. Table 2 presents different existing definitions for crowdfunding. Even though researchers identify crowdunding in a similar way, there are still some slight differences in their definitions. Crowdfunding can be perceived as an approach (Bechter, et al., 2011), a process (Belt, et al., 2012), an effort (De Buysere, et al., 2012; Mollick, 2014), a capital formation strategy (Sigar, 2012) or a financial mechanism (Powers, 2012) and all of these are valid as crowdfunding covers many uses and span across many fields (Mollick, 2014). In addition, different researchers emphasize different aspects of crowdfunding. However, they still share the same insight: crowdfunding is an informal alternative way for individuals/ businesses to connect with funders or investors, an emergent source of financing, an opportunity for ordinary people invest a small sum of money and last but not least, it is internet-based.

It can be seen from the table that different researchers’ perception towards crowdfunding depends on their point of view towards the three parties involved in crowdfunding that will be introduced in the next section.

There are three main participants in crowdfunding projects, namely: Requesters, Funders, and Crowdfunding platforms. Researchers and crowdfunding platforms differ in their use of terminology, referring to people who request fund as “requesters” (Gerber & Hui, 2016), “project founder” (Yao & Zhang, 2014; Mollick, 2014), “project initiators” (Bouaniss, et al., 2016), “creators” (Gerber, et al., 2012) or “creatives”, “designers”, “inventors”, etc. depending on plaform’s focus (Lambert & Schwienbacher, 2010). People who pledge funds may be referred as “funders”, “fuelers”, “donors” “backers”, “investors” (Lambert & Schwienbacher, 2010; Bouaniss, et al., 2016). In this paper, for clarity, the author will refer to people who request funds as “requesters” and people who provide funds as “funders”. Crowdfunding platforms (websites) act as an intermediary, facilitating the transactions between the crowd of potential funders and the fund requesters (Bouaniss, et al., 2016). Platforms usually require fees which can be platform fee, processor fee as a given percentage of fund raised.

As demonstrated in Figure 1, first, requesters will apply to a crowdfunding platform to call for funds for their projects. Crowdfunding websites are online platforms which enable crowdfunding requesters to provide information for potential funders such as: introduction about the project, product function and features, project progress, customer participation (for instance, the cumulative amount raised to date and online identity of current funders) (Yao & Zhang, 2014), all of which are factors influence funders’ decisions and behaviors. When funders participate in the crowdfunding, they can interact with the requester and get information via the platform. At the same time, requesters can discuss with funders, update on the progress and possibly improve their projects. Then funders contribute an amount of money depending on their expected return by clicking on a preset quota button, completing online transaction. Within a specific time frame, the project should achieve or exceed their preset goal otherwise it fails and funders may get their money back. After that, requesters will distribute the rewards (if necessary) and update the results as a follow-up.

Crowdfunding utilizes social media, Big Data, and cloud technologies to considerably revolutionize the way small and mid-size enterprises (SMEs) and start-ups finance their projects, which is a more cost-effective method of collecting funds (Colgren, 2014). All crowdfunding platforms operate under the same principle of pooling small sum of money from the crowd to fund a project (Bouaniss, et al., 2016). Crowdfunding platforms provide tools for fund requesters to create and launch their campaigns, to market their products by engaging integrated marketing communications, to manage and adjust the campaign by management tools such as integrated analytics or even provide fulfillment and manufacturing support (Indiegogo, 2017) or make arrangements with micro-payment providers. Therefore, all participants involved in crowdfunding benefit from the process: requesters can raise more funds, funders can have better understanding of the project they are supporting, platforms can get more traffic and make more money. Hemer (2011) stressed the importance and the role of these platforms: “The rapid emergence of such platform is logical and crucial for this new market to be able to function properly”. In the last few years a variety of platforms have been founded all over the world, each attemping to offer novel features and specialize in different sort of activities, from art, humanity to venture capital. The next section will discuss four main types of crowdfunding platform.

The Crowdfunding Industry Report (2012) distinguishes four main types of crowdfunding based on the form of capital provision: donation-based, reward-based (pre-selling), lending-based and finally equity-based crowdfunding. As shown in Figure 2, depending on the chosen form, the complexity of transaction varies greatly, starting from the simplest form (donations) through a more complex and highly regulated form (equity) (Hemer, 2011).

The donation-based model is probably the simplest form of all crowdfunding models, which “placing funders in the position of philanthropists” (Mollick, 2014), who give money because they want to support a cause and expect no direct return or compensation for their contributions. It is most commonly used when the project or campaign is done by a non-profit organization or an individual for a cause such as: environment, humanity, children development and so on. It has become a quick way to response to global crisis such as earthquakes, floods, wars, etc. The tragic and traumatic earthquake in Nepal on April 25, 2015 drew an unprecedented relief effort by crowdfunding campaigns, which raised more than 10 million USD within first 10 days after the disaster struck the nation (Sigdyal, 2015). These campaigns have proved to be an efficient way to help people in need, in a timely manner.

Reward-based crowdfunding is the most prevalent as of the time of this writing. It happens when funders expect to receive a certain reward for backing a project. The reward can be either tangible (the product itself as a pre-ordered) or intangible (being credited in a movie or as simple as receiving a thank-you note). Using this approach as a means to introduce and sell new products, entrepreneurs can test the the products’ attractiveness as well as market the product to early customers, allowing them to purchase the product ealier, with better price or even involve in the development of the product.

Lending-based model relates to funds which are offered as a loan. It can be distinguished into two sub-categories: micro-financing (micro-lending) and peer-to-peer lending. In the case of micro-financed loans, the capital is pooled from the crowd to grant microloans to poor or underprivileged clients who usually do not have access to banking services. Peer-to-peer lending corresponds to individuals bid on micro-loans (to reduce the risk) sought by borrowers directly. The largest peer-to-peer lending website is Prosper.com. Prosper sets the rules, connects borrowers and lenders and handles servicing of the loan on behalf of the matched borrowers and lenders.