In this assignment, I will conduct an ethical analysis of companies partaking in random mandatory employee drug testing within the workplace. To support my findings, I will refer to both non-consequentialist and consequentialist theories which will enable me to put forward a non-bias argument both for and against this action. For the purposes of this report my primary focus will be on the non- consequential theory with particular reference to Deontology. To support my analysis, I will refer to multiple perspectives such as; political, economic and sociological. These tools will enable me to identify the moral fundamentals of random drug testing within the work place and to create a non-biased argument within in my findings as well as expressing my opinion to a degree. 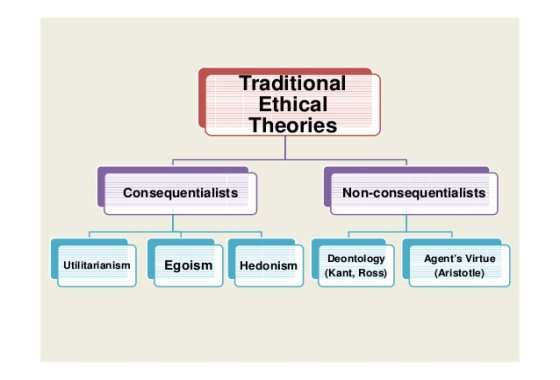 In relation to a non-consequential theory the consequences of an action are not the primary focus of the ethical justification. Instead the focus is solely on the impact of the actions carried out and whether the actions are deemed to be ethical right or wrong.

In relation to drug testing within the work place this action is ethically right. As per the SAFETY, HEALTH AND WELFARE AT WORK ACT 2005, employers hold a level of responsibility of the health and safety of their employees. Within this act it states that employers have the responsibility to ensure the employees are not under the influence of an intoxicant to the extent that he or she is in such a state as to endanger his or her own safety, health or welfare at work or that of any other person. If this is deemed the case employers should action drug testing accordingly. In my opinion random drug testing is an important part of an ethical working environment to ensure health and safety regulations are kept inline and thus providing a safe working environment for their employees. (SAFETY, HEALTH AND WELFARE AT WORK ACT 2005, 2005).

The Deontology theory is the study of duty and obligations. This theory considers that some acts are right or wrong independent of their consequences.

This theory which was later revised by the scholar Immanuel Kant offers significant ethical guidance when making a decision. Kant believed that morality is a key component when a decision is being made. A “moral maxim must be disconnected from the particular physical details surrounding its proposition and should be applicable to any rational being.” (sevenpillarsinstitute.org,2017)

Regarding the random drug testing within the work place in this instance, despite the action impeding privacy of a company’s employees, the employer has a duty of care to provide a safe working environment for their employees and therefore this action is deemed ethical correct. This will ensure all staff are safe in their workplace that they will not be under the influence of any substances that may endanger themselves or their work colleagues.

The political perspectives in this instance refer to the statue laws/ law of the land that are in place to protect people so that they are safe and well. This is a guide that companies must obey if they wish to set up in the country of choice. The idea behind drug testing would be that they wore aiming to make a safe work place for both employees and employers. Drug use is not a reflection of drug use in the work place because of your job it’s a reflection on drugs in society. A true drug user won’t leave their drug usage at the door and say I won’t do that inside my job they will do it either way. (Fay, 2010)

As mentioned above drug use and drug addiction may refer to prescription drugs also. In recent years, the number of deaths and instances involving prescription drugs has been on the rise within this society. don’t show up on some drug tests as they are legal and prescribed to a person. More people die from prescription drugs than what die from illegal drugs. Per the foundation of a drug free world, 45% of deaths are caused by legal drugs whilst 39% of deaths are relative to illegal street drugs. This shows that it isn’t only street drugs we need to be testing but also all the drugs available. This statistic also steers people away from the general stigma associated with drug addiction and street drugs. As legal drugs, may be prescribed to a person from their doctor. In this cases this opens many doors for not only indication to prescribed medication but also to illegal distribution of these prescribed substances. This I believe is another reason why drug testing in the working place is ethically the right action to take, not only to support a healthy and safe working environment but also to ensure staff are in a good place and offer help and guidance for people who are suffering once the problem has been identified. On the other scale of events some people need these types of tablets to function due to injury. This should all be considered when the drug testing is being done. That no adverse judgements are made on the employee. It is also important that when this is being done that prior to test employee gives full disclosure if none already given so it is expected to fail or so on.

Sociology perspectives within mandatory drug testing in employees comes as a sharp rise in drug use in modern day society. This is down the easy availability of drugs on our life’s you can get over the counter drugs and street drugs. Because of this many companies are bringing in enforcements at the work place like drug testing and dismissal for breach of contracts which I believe to be the correct option for companies going forward.

Whilst briefly assessing the Utilitarianism model it conveyed that considering the consequences of random drug testing may cause some negative moral and feedback within the organisation from employees. This is a result of the action of these random tests invading employee privacy whilst hindering the company’s fidelity agreement with their employees. In my opinion drug testing doesn’t invade people’s privacy it focuses on the protection of the people from others who may be on drugs or addicted to drugs to help them deal with a certain type of strain in their life.

Fidelity agreement between employee and employer. It is about the duty and good faith between employee. This is an underlying term in your contract that says employee must be faithful and honest it’s the fidelity agreement that is about duty the employee must its employer. In this agreement, it shows that you can be trustworthy person and what you say you are is what you are. Even though this agreement may be effected and deemed void once mandatory drug testing occurs, based on the deontology no consequential theory and my findings listed above this is the action which is ethical correct.

In this report, I have assessed the ethical nature of mandatory drug testing in the work place and weather it should or should not be carried out. Within my assessment above I have put forward both for an against arguments as to whether introducing random mandatory drug tests to the work place is ethically correct or incorrect. Throughout this report my primary focus was on the ethical value of introducing these checks in the work place. To support my findings, I focused on the non-consequential theory- Deontology. This theory focuses on the action rather than the consequences. Even though the consequences refer to the invasion of employee privacy and the breech of their fidelity agreement based on my chosen theory this is not important. In my opinion the action should be implemented to provide a safe working environment for employees per regulatory legislation and to provide a duty of care to those who work within the organisation. Unless they don’t do drugs and leave the problem at the gate they will end up bringing this into the workplace and end up bringing an unstable working environment for all other employees. The number one concern for employers is to make sure that a safe working environment is provided always.

Fay, C. (2010). Drug Testing In The Workplace: An Historical and Economic Examination. THE JOURNAL OF GLOBAL DRUG POUCY AND PRACTICE, pp.4-8.