Lactalis is a family-owned company based in Laval, Mayenne, in France. André Besnier started his cheese maker activity in 1933. It started with the name of Société Besnier when André Besnier collected 35 liters of milk and made 17 camemberts out of it. Since then, the company changed its name to Lactalis in 1999 and became the world leader of dairy products.

Lactalis is a private company owned by the Besnier family, with Emmanuel Besnier, the founder’s grandson, as its CEO. The company employs around 75 000 people. Lactalis owns 230 industrial sites in 43 countries.
Lactalis is the: ïƒ  1st dairy company worldwide

The commercialization of products in Asia, Africa, Oceania, the Middle-East and in DOM-TOMs (French overseas departments and territories) is managed by Lactalis International. 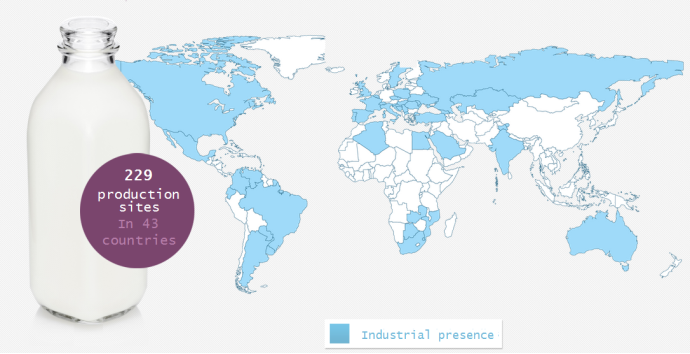 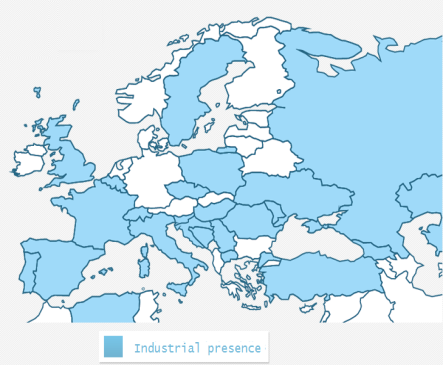 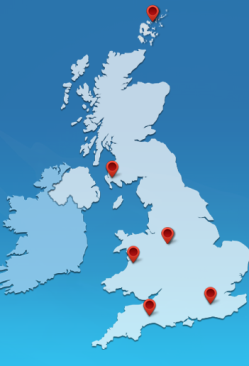 Location of offices and subsidiaries worldwide

Some brands and products 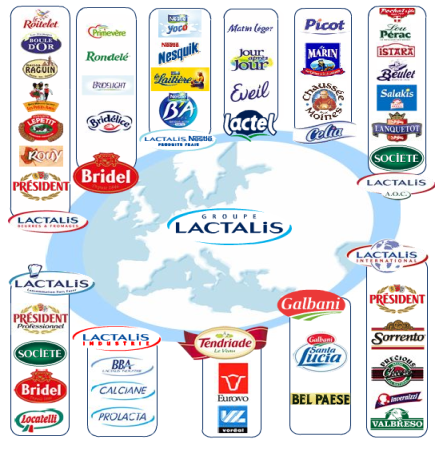 In France and abroad, Lactalis Group’s constant investments in industrial development and innovation are an insurance of the optimization of milk production.

Several conditions are necessary to guarantee the production of milk in quantity and in quality: favorable climate, availability of water, extensive agricultural areas, good diets, and technical skills.

Lactalis Group has been able to draw the full potential of its dairy tradition and is now the world’s third largest milk collector with more than 18 billion litres collected annually (5.6 billion in France) and is also working in the sheep and goat milk sectors.

More than fifty technicians and salespeople of the Group are in contact with milk producers to provide advice and technical assistance. This ensures milk quality, respect for the environment and animal welfare.

Lactalis is committed to the environment with the adoption of a charter called “Cap sur l’avenir” (“Heading for the future”). This commits the firm to good animal husbandry practices, respecting animal welfare; but also to better environmental practices and the limitation of greenhouse gas emissions.

Lactalis also deploys energy diagnostics producers to improve its facilities, limit gas emissions, control the temperature of heating, or improve other parameters in order to save energy, such as installing pre-coolers for milk or heat recovery units.

Lactalis has been involved in organic production for more than 20 years. With the growth of the organic market, products are more and more diverse: UHT milk, cream and butter. Lactalis became the leader in the market of organic milk with their brand “Lactel”. The collection of organic milk is of 135 million litres of milk, which represents 2.5% of the group’s collection. Over the last five years, Lactalis has been accompanying 265 dairy farms engaged in a process of organic conversion.

Lactalis is in partnership with Valorex to help producers to optimize the feeding of cows and thus improve the quality and properties of the milk produced. The composition of the cows’ diet contains less soy, more grass, flax, clover, peasâ€¦

This change in diet results in more than 500 less tones of imported soybeans, almost 500 new hectares of flax. (Flax seeds are rich in Omega 3 and antioxidants), 400 new hectares of grass and alfalfa, and 156 hectares of peas, fababeans, rapeseed, and lupine. This gives an enriched milk of Omega 3, with less saturated fat. It also impacts the cows’ metabolism and the number of tons of CO2 produced by their digestion is also reduced.

Lactalis’ strategy is about professionalism, which can be seen in its wide range of products, as in its will to give the best quality of products to its consumers.;;;;;;;;;;;;; They also support their brands abroad by organizing several marketing and commercial actions.

Their main strategy is diversification. They already have a wide range of different dairy products, owning a big share of the market. Their diversification is based on large-scale milk processing in all its forms, placing stress on quality production. They aim for better breeding practices, a certification of producers, a monitoring of milk quality and sustainability.

Another main point of their strategy is market expansion. Buyout of other companies is their way to reach more markets and consumers locally and worldwide.

They entered the ultra-fresh market by doing a joint venture with Nestlé, called “Lactalis Nestlé Produits Frais” – LNPF, owned 60 % by Lactalis. They made the acquisition of Puleva and Forlasa in 2010, which have a dominant position in Spain. They also acquired Galbani in 2006, Italy’s first cheese producer, and Parmalat in 2011. These are only some examples of Lactalis’ expansion.

The capital structure of Lactalis shows that the Besnier family owns 100% of the firm. Emmanuel Besnier, its CEO, is the majority shareholder. 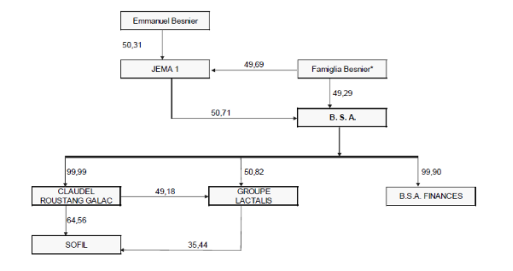 Capital Structure of Lactalis, propriety of the Besnier family

Turnover of the company and its distribution 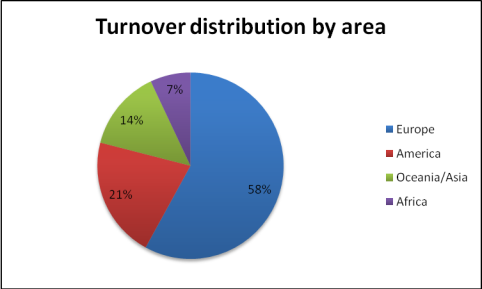 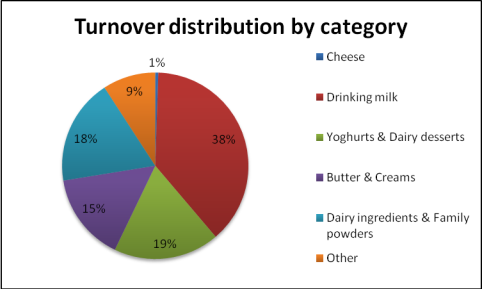 The Commercial and Marketing Graduate programme allows young graduates to work as a Product Manager or Sector Manager.

The Maintenance programme allows to work at several of their production sites to develop potential and broaden knowledge.

The Industrial programme is designed to transfer French dairy expertise to foreign students. It is a sandwich course programme at the Higher School of Agriculture in Angers (ESA), combining periods at school with work experience in two production sites in France with an offer of work placement after two years.