For most people, buying a new car is a very important thing to do in our life. Even it is the amount of money that we have to spend to buy them is largest ever. Even if we already own a car, we also have to pay for so many other costly expenses such as: parking costs, insurance, etc.

In some cases, we live in the big city with the public transport system development. Instead of having to use a car to move around, we can take the subway, bus to move easily. In addition, the cars we own may become unnecessary when we rarely use them to move in urban environments.

To solve that problem, Enterprise Car club (ECC) was founded in 2005 with rental cars and vans. In this essay, we will discuss the challenges that companies are facing through the analysis of competitors, target customers and appropriate place to do business. 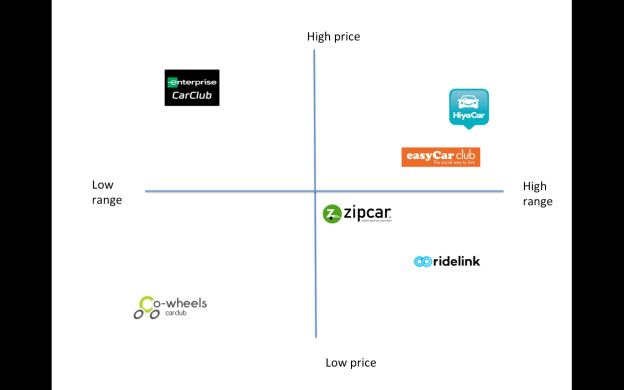 According to the competitor map, we can easily see that Hiya Car, Easycar club and Ridelink have high range of car compare to the others because these companies operate in peer to peer model. With this model, the private ownership of cars that can be rented their cars to people in need, which is why the company is in the diversification of the types of cars. For the price, it is difficult to determine the general price level for companies operating under peer to peer model, but in general, Hiyacar will cost less than the Easycar club and Ridelink due to focus more on the small car segment and car for the family category.

Additionally, car rental price and abundance of vehicles of Zipcar belonging to the average sector on competitor map. Meanwhile, opponents of the Zipcar- Co-wheel has better price for customers, but the abundance of cars less than Zipcar. ECC has the highest price, but the diversification of car types is lowest on the competitor map. But if we are membership of ECC, the price may be lower.

ECC is the origin of the company City car club, founded in 2000, with more than 840 vehicles, is one of the most powerful companies in the field of Car club and owns large segment of the UK market. In April, 2015, Enterprise car holding conduct purchase City car clubs and renamed ECC. 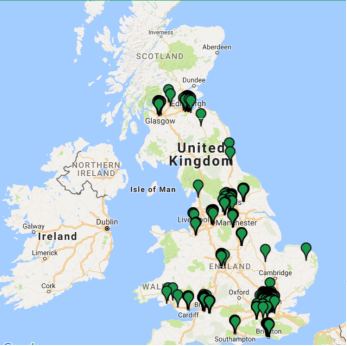 ECC currently operating in more than 19 cities around the UK. Mainly concentrated in the London area, ECC have 24 establishments (Fleetnew, 2016). In addition, ECC are still expanding in the south of Scotland, southern England and the area of around East Midland (Manchester, Liverpool). 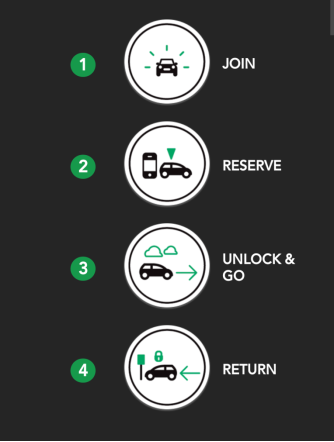 4 steps to use ECC (source: www.enterprisecarclub.co.uk)

The photograph shows four simple steps to use the services of the Enterprise Car club :

In terms of companies, people who under 22 years old is paid £6/month. Those aged over 22 have to pay 7 pounds a month and can save up to £ 24 each year if become annual members (service fee of about 60 pounds a year).

3.2/ The comparison between car club and car rental

Difference between Car club and Car rental through the following points: 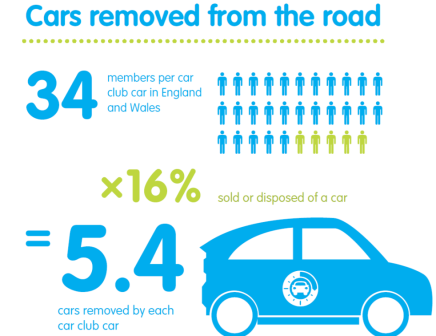 According to the picture, on average, each car club company in England and Scotland owns 34 members, about 16% of them being a member of the company has decided to sell their vehicle. Thereby leading to just a vehicle owned by a company car club could remove 5.4 privately owned vehicles. 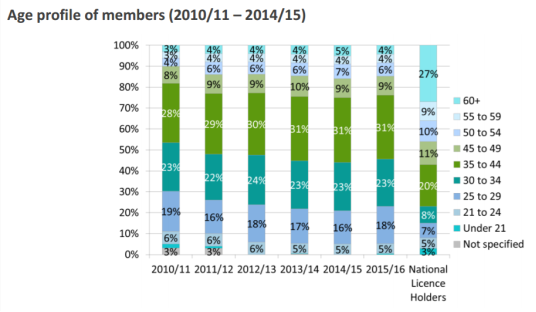 Overall, we can easily see that the age group 35 to 44 accounted for more than 30% average total number of members of car clubs. It is followed by the group of 30 to 34, ranging from 22% to 24%, but quite surprisingly only 8% of them have a license. Student age group is from 21 to 24 now account for only a low percentage (5%-6%), but certainly in the future if the company car club use reasonable policies may attract more new potential members from this age group.

Additionally the development of the car club is also reflected by the numbers below:

The people for various reasons, cannot own a private car. This group of customers often do not use cars regularly so they will not spend money to own a car. If the customer needs only to move under 8000 miles per year, the ECC services is a cost saving solution which still feels that customers still have their own car. In addition, if customers are young people, joined the ECC is an easy way to find the independence and freedom on the road, the customer group to pay 6 pounds a year.

Customer who owned the car but do not use it. More and more members of the ECC have sold their cars after using the company’s services. For them, the ECC is a cheaper alternative and still create a sense of freedom and comfort.

The family needed a second car in a few cases. If a family has owned a car but in some extraordinary cases, they need to a second car to the other specific job, using ECC services is a viable alternative use while investing a new car is too expensive, but you do not use it often. Also, not only it cut owning multiple cars but also environmental protection.

Focus on business segment is the core strategy of the ECC, that business group includes: 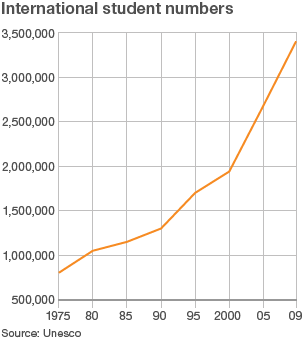 From the data above, it can be seen that students are a very potential market for Car club companies, especially the number foreign students is more and more increasing. In this demographic analysis will focus on two cities as Oxford and Coventry, where the focus of a lot of students. 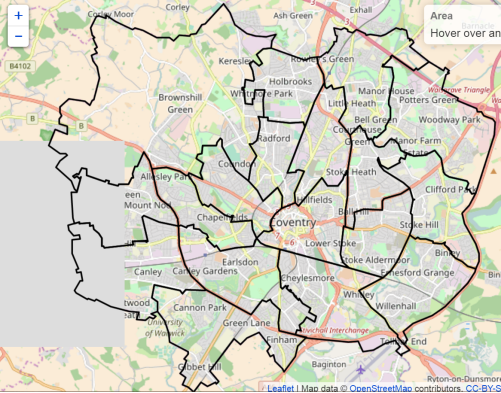 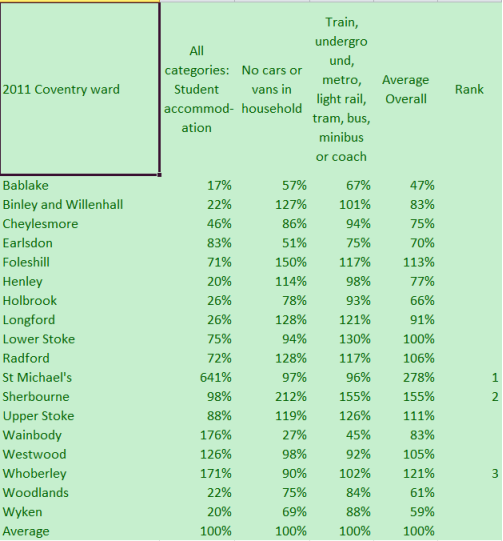 According to data from NOMIS, St Michael is the most potential ward for locate the office of ECC, where the number of students has more than 6 times the district average. Also, Sherbourne and Whoberley respectively are 2nd and 3rd among the most promising ward.

Currently, there is not obvious significant competitor in Coventry, with the exception of peer to peer services like Drivejoy and Easycarclub, but only a very small market share. ECC has a lot of opportunities in the city when focused on the potential students segment. 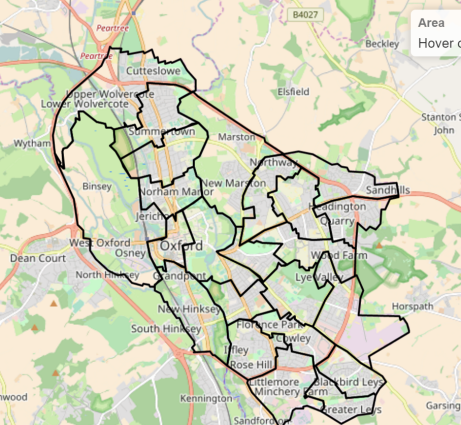 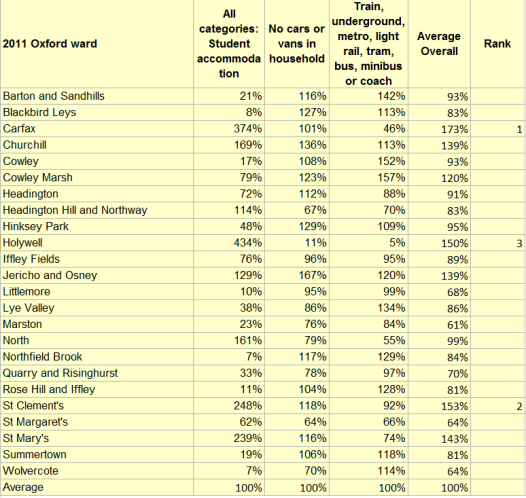