Cartoon Saloon is an animation studio, based in Kilkenny city, Ireland, formed in 1999 by three college friends Paul Young, Tomm Moore and Nora Twomey. They produce shorts, feature films and TV series that are very popular in Ireland and worldwide.

Cartoon Saloon became internationally famous after their two Academy Awards, BAFTA and Oscar nominations for their feature films “The Secret of Kells” and “Song of the Sea”. Their award winning show “Puffin Rock” is currently being broadcast around the world: UK (NickJr), Ireland (RTE), Australia, Sweden, Iceland, Norway and Denmark, and has exclusively premiered on Netflix globally including the U.S. and Canada.

Cartoon Saloon partner with a lot of international artists and companies to tell new unique stories on the screen. Recently they have joined forces with the Canadian company Mercury Filmworks to create a new full service animation studio that will be based in Kilkenny, Ireland and will create 140 new jobs in the region. 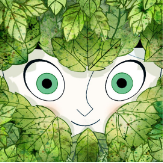 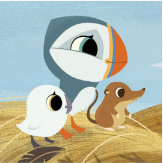 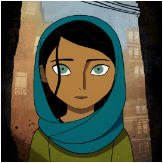 1.b. Description of 4 departments in Cartoon Saloon

Company’s department structure can be divided into two main sectors: PRODUCTION and MANAGEMENT. Management sector include all departments that support the work of the Production Department.

Production department in the animation studio has the prevalent numbers of employees and is in charge of the whole process of creating visual products (films, series, commercials, illustrations etc.) and include: Pre-production, Production and Post-production processes.

Pre-production is a stage when the team comes up with a concept and genre, develops a story, creates a storyboard and sketches layouts, chooses camera angles and prepares all pieces to start the Production process.

Production itself include such activities as drawing, creating illustrations, texturing, colouring, shading, lighting, voice and music recording, sound effects etc. based on the guidelines established in the Pre-production stage.

And the final Post-production step of film creation is when everything is being brought together: music and voice combined with the graphics, scenes being cut and the whole film being edited.

Administration department links all sectors in the organization together, maintain the smooth flow of information from one part to another and supports activity and processes happening in the office so the work to be fast, efficient and professional.

Marketing department in the company carries out essential market analysis and promotional support for the product. To get and stay on the top in such a variable sphere where it’s hard sometimes to predict people preferences and market flows, to come up with new and unique ideas that will meet and elicit the right public response, marketing team should be extremely sensitive to media trends and constantly study social media channels.

IT department is responsible for the technical support of the office. These are a lot of special software, cameras and workstation computers being used in the Production department of the animation studio that need specific knowledge from the IT team.

Main functions of IT Department:

*See the next page for Organisational Chart Picture.

Among the large number of team members, there are following workers:

CARTOONIST (PRODUCTION DEPARTMENT) – a visual artist who specialises in drawing animation (cartoons). Knows how to operate special computer software, can work in many formats and basic duties include creation of:

PR & MEDIA MANAGER (MARKETING AND PR DEPARTMENT) is responsible for external communication activity of the company and duties include: 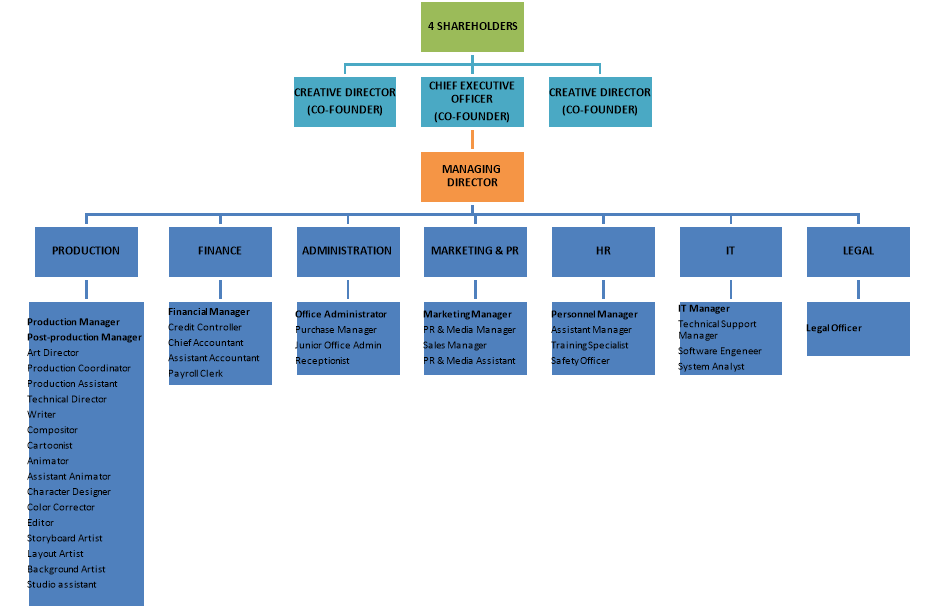 2. Administration functions of an office and 3 pieces of equipment used to carry out these functions.

Office of the studio is a big living organism that needs all processes inside to be synchronised, linked and maintained. To organise this and progress as a business administrative work is very important.

Administration functions of an office include:

Equipment that helps to do these duties:

3. Key aims and objectives of 3 pieces of workplace legislation.

This act regulates relationship between people in terms of prevention of discrimination by race, age, religion, gender and sexual orientation, marital and family status, disability or being a member of Traveller community at the work place. Replaced the version of year 1998. For example, this act forbids publishing job offers that specify particular gender and age. As well as person can’t be refused on the job position only by reason being a member of the Traveller community or a certain church.

This act regulates equal treatment of temporary agency workers and directly hired personnel in organisations by working times and rest periods, night work, public holidays, annual leaves and wages. Though the right for equal salary came in action in the end of the 2011. For example, being hired by Cartoon Salloon temporary from the agency for a specific project going can’t oblige you to work weekends or public holidays, or restrict you from having annual leave.

Regulates National Minimum Wage level. Since January 2017 the National Minimum Wage is ¬9.25 per hour for an experienced adult worker. The rate is lower if employee is under 18 or in the first two years of work straight after turning 18 years, also minimum level is lower for workers in a course of study or training. All employees, including part time, full time and temporary are covered by this act with the exception of close relatives of the employer and certain apprentices.

Not following these legal acts is a criminal offence. Cartoon Saloon Company employs staff from all over the world and constantly hires people for different projects on the temporary basis. So knowing and following these acts is especially essential for the company.