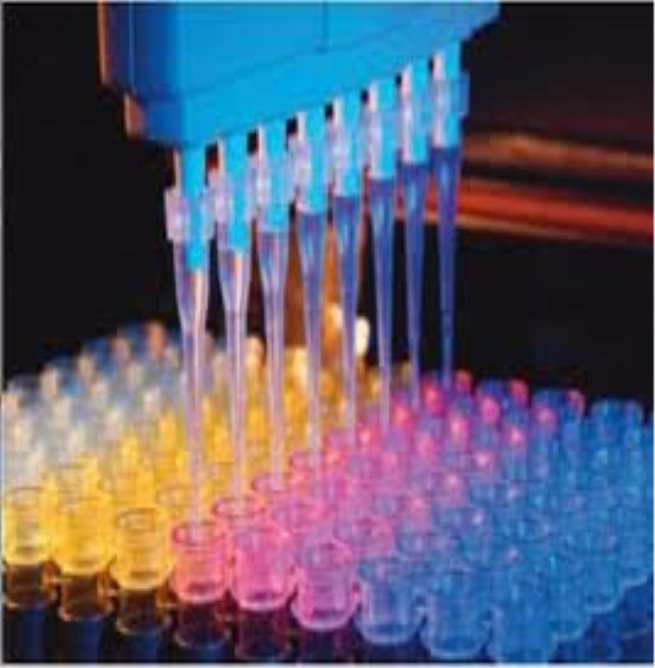 During the ancient times drugs were discovered by studying and identifying active material from traditional remedies. Later many techniques have been developed to screen the synthetic small molecules, natural products, extract in the cell or whole organism to identify whether the specific molecule or drug shows its therapeutic effects on target, this process is known as classical pharmacology.

Effect of drug in the human body is associated with the specific interaction of the drug molecule with the biological macromolecules like proteins. HTS especially used in the drug discovery but also helpful in the field of biochemistry and biology Many biotechnological companies use High throughputs Screening method and it plays its central role in drug discovery. These companies are highly relying on High Throughputs Screening method. HTS method is for scientific experimentation and it is significant to the field of biology and chemistry. HTS helps in many research works; it helps scientists to carry out quickly number of chemical, genetic or pharmacological tests. With the help of this method we can identify active compounds that may initiate any biological pathways.

It is necessary to take care while doing any assay or screening by using High Throughputs Screening method to make it successful and steps like target identification, reagent preparation , assay development should be carried out with high care and precision.

There is a primary screening and secondary screening. Compounds are only tested in duplicates but many companies uses singlet. They take compounds with very low concentration such as molar concentration in the range of 1 to 10 micro molar. If positive results obtained or hit (desired compound with positive effects) the secondary screening is carried out with more accuracy and then quantification is done. These assays are much similar like any biochemical assay for e.g. ELISA.

Reagents play a major role in High Throughput Screening while discovering any drug or testing any chemical compound. Reagents must be checked, characterized and optimized before using in assays. It was found that Aptamers were used as versatile reagent in HTS assays to identify small molecule bind to the protein target. Aptamers are small structured RNA or DNA molecules. Aptamers have high affinity towards protein target just like antibodies. The major advantage of using this aptamers are , they bind to protein with great affinity, large Aptamers-protein interaction and high speed if identification. Many enzymes can also be used in HTS as a reagent for e.g. is Tyrosine kinases to find its inhibitor.

Dimethylsufoxide is widely used reagent in HTS. It is colourless reagent that dissolves both polar and non-polar compounds. 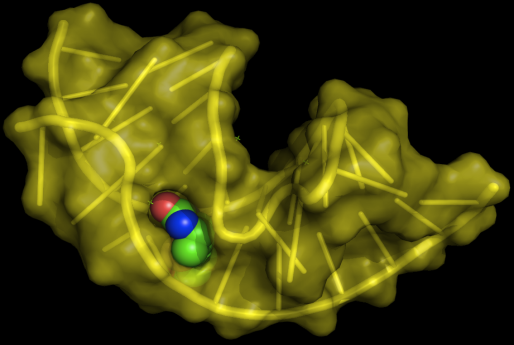 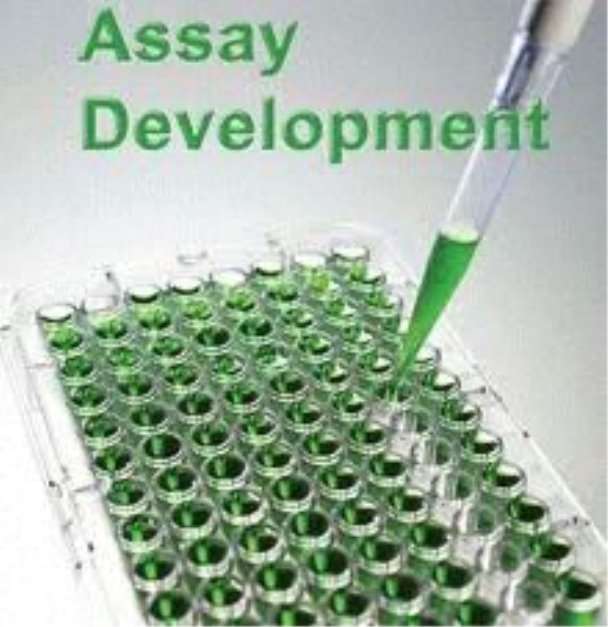 While preparing the assay plates, wells of the plates are filled with the substance upon which the experiment is going to conduct. For example embryo, protein. Then these plates are kept for the incubation and allow the biological matter to absorb or to react with the chemical compound added during the step of assay plate preparation.

After incubation they measure it either manually or by machine. If it is manually then microscope is used to observe changes or any defects in the embryonic development or in the protein structure. Specialized automated systems also can be used for analysis such as shining polarized light on them and measuring the reflectivity which can indicate the proper protein binding. High capacity analysis machine can measure number of plates in very few period of time. Depending on the results obtained researcher follow-up the assay within the same screen by pipetting out the solution from the stock plates which will give the interesting results ( they called it ‘Hits’ ) into the new plates and they rerun the experiment to get the further data to confirm the observations.

Automation and robot system in HTS

Automation and robotic system plays very important role in HTS to get more précised results. It has integrated robot system for transport of assay plates from station to station for addition of sample and reagents, mixing, incubation and reading and detection. A modern robotic HTS system has a central robot with a gripper that can pick and place the assay plates around the platform. This system can make, incubate and analyses number of plates simultaneously. This robot system can make around 100 microtiter plates in a single run within a short time (time depends upon the assays). The HTS robotic system also has humidified CO2 incubators. Automatic colony pickers can pick around 100,000 microbial colonies for HTS genetic screening. 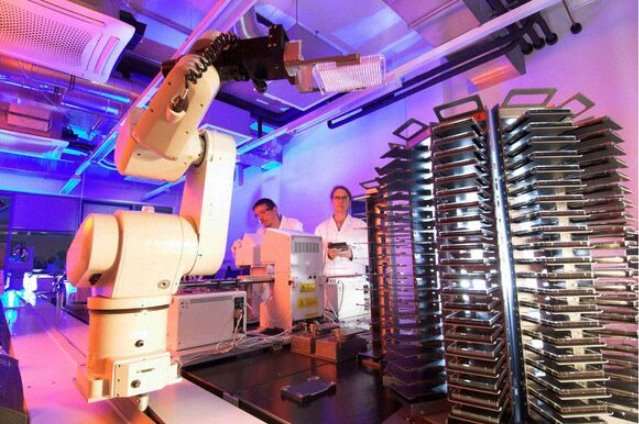 Means and Standard deviations can be calculated by using positive and negative control data. In High Throughput Screening controls are also made in duplicate or triplicates and therefor they take the means of controls. We get the dynamic range of assay by calculating difference between the means of positive and negative control. These means and standard deviations can be affected by the assay method that used and chemical and physical properties of compound. In inhibition or antagonist type assay, means and SD of samples should be near to the positive control and in activation or agonist type assays, values should be near to the negative control.

One of the important parameter in HTS is Z factor. Z factor is a measure of statistical effect size which assures that the specific assay is effective and the desired compound that showing its maximum activity can pass on to the further trials or testing. It can be defined in terms of four parameters –means (µ), and SD (σ) of positive (p)and negative (n) controls.

In HTS large amount of data is generated so that efficient data management is required. It includes –

In High Throughput screening experimental data is usually analyzed by automated system that could be a plate reader or any other kind of detector. Some trims an instrument that can take multiple reading; some initial calculations are done by instrument itself. Initial data is then automatically passed on to the data management software. The data is translated and the software give final information by calculating results. While performing the assay , plates that are failed to give results are discarded.

Around 1000 compounds were synthesized from which Maraviroc was selected for further clinical trials.

Maraviroc is an antiretriviraldrug used in HIV treatment. It antagonizes CCR5 (CC motif Receptor) receptor which is necessary for entry of HIV into the human cells. Maraviroc binds to the CCR5 receptor and blocks the gp120 of HIV. So that HIV unable to enter into the human body cells.

High Throughput Screening method requires quite expensive chemicals. To run the number of assay plates at a time it needs Robotic system that increases the cost.

Development of any drug against particular diseased condition takes huge period of time and it also requires highly précised work and skill. High Throughput Screening method involves all the steps right from the assay plate preparation, incubation till observation and data analysis which is very essential for specific chemical compound to become a drug. Automated Robotic system of HTS runs few thousand plates per day that enhances the speed of experiment. Therefore, by studying the High Throughput Screening method I can conclude that although the HTS is highly expensive method, it has a great importance in drug discovery.