Subcloning of the PstI fragment from pMB into pUC19

DNA should never be treated of considered as a static molecule since those molecules have a significant dynamic movement. It is constantly changing, and one mechanism by which this change is brought about is recombination.

Recombination is the ability to transfer a specific gene from one organism to another resulting in offspring differ from either parent. It is a DNA re-arrangement between

two molecules of DNA having homologous sequences. The main objective of doing recombinant DNA technology is often to create a beneficial product or commercial ones.

Recombination provides the tools through which genetics information is reformed. This, of course, provides an evolutionary advantage to eliminate the unwanted

mutations and to maintain the spreading of the desired mutations. Moreover, it has a significant role in conferring each individual a unique group of genetic information. Recombination must be taken place between precisely corresponding sequences to ensure no loss or addition for any base pair.

After the recombination has been done, in order to identify the recombinant vector from non-recombinant ones, two techniques must be used (Bolivar et al, 1977). First, growing the E. coli on the antibiotic-containing medium, which contains ampicillin. This one used to distinguish the recombinant bacteria from the non-recombinants. That can be determined easily since recombinant bacteria carry plasmid that has the ampicillin-resistance gene (AmpR), and in which can grow on ampicillin based medium, however, the non-recombinants cannot grow on the growth media since they have no resistance to the ampicillin (Smalla, Jechalke and Top, 2015). The problem, not all the plasmids transformed into cells may contain the inserted gene. Some of the cells do have the plasmid but without the inserted gene.

The second technique is the LacZ a-complementation (Fig1), which is a screening technique that allows the detection and distinguishes recombinants bacteria with insert DNA fragment from the one with only the plasmid but without the inserted gene by using blue/white selection to identify recombinant plasmid clones (Tolmachov, 2009).

β-galactosidase is a protein produced by E. coli strain that carries the lacZ gene. In its active state, if bacteria are grown on an agar plate that has a substrate known as X-gal. when β-galactosidase is produced, X-gal is hydrolyzed(Tolmachov, 2009). Consequently, they produce an insoluble blue pigment. However, when Insertion of foreign DNA from pMB into the plasmid at the MCS region, which is located within the lacZα sequence (which can be cut by restriction enzymes),that would cause insertional inactivation(Smalla, Jechalke and Top, 2015). That would create a non-functional β-galactosidase enzyme,

thereby it will stop the gene that produces α-peptide from working. Consequently, in cells that contain the plasmid with an insert in LacZα sequence, no functional β-galactosidase will form (Smalla, Jechalke and Top, 2015).

Therefore, The E.coli that has plasmid with no insertion appears blue in color since LacZ is functioning while the recombinant ones with insertion foreign DNA appear white. Consequently, it’s easy to pick the desired recombinant colonies from the culture. 1.1 Aim of the experiment

In this experiment, five different bacterial samples (Table1) have been tested for antibiotic resistance against three different antibiotics (Ampicillin, Kanamycin, Tetracycline). They are commonly used as selective agents in various cloning vectors.

For the first antibiotic Ampicillin, only bacterial who contain Puc19 plasmid and pMB were resistant to Ampicillin, and the rest showed no growth. these suggest that pUC19 and pMB have the antibiotic-resistant gene in their plasmid (AmpR) against Ampicillin.

However, for the Kanamycin, only bacterial that contain pMA plasmid were able to grow; these suggest that pMA plasmid has Kanamycin resistant gene.

*Because of poor gel preparation (overheated and that increased the concentration of the gel) gel image has been obtained from group 4, everything below will be explained based on the date that has been obtained by group 4. FIGURE  3. Restriction endonuclease digestions and electrophoretic separation of fragments of pMA and pMB

with a ruler to indicate the precise size of the fragment in centimeter. (refer to Fig 2, for the legend, since they share the same legend) 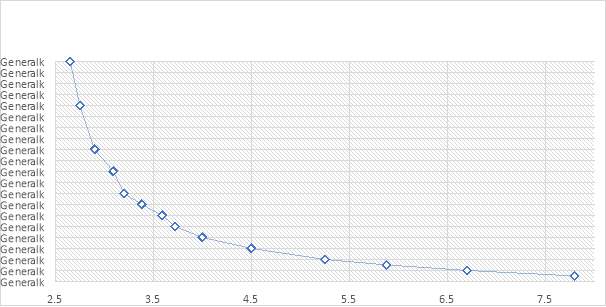 Table 3. Shows what has been electrophoresed on each lane from lane 8-14 (Fig 2) and what Restriction enzymes had been used on pMB plasmid, and the Size of the fragment that has been obtained. the numbers denote the lengths of the digestion products (fragments) in base pairs.

Table 2. Shows what has been electrophoresed on each lane from lane 1-7 (Fig 2.) and what Restriction enzymes had been used on pMA plasmid, and the Size of the fragment that has been obtained. the numbers denote the lengths of the digestion products (fragments) in base pairs. 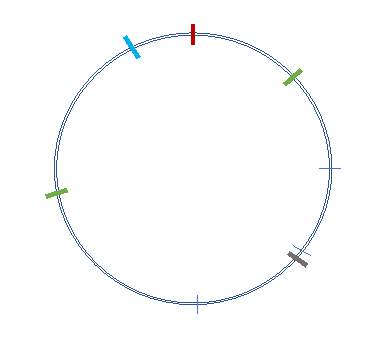 With the data obtained for pMA (Table 2),the deduction of a restriction digest map for the pMA plasmid is as follows.

However, when double digest performed with (EcoRI + PstI), (EcoRI + BamHI) and (BamHI + PstI) produced two fragments. which suggests that EcoRI, PstI, BamHI each one of them has only one restriction site on the plasmid.

In general, the double digest of each of (EcoRI + PstI), (EcoRI + BamHI) and (BamHI + PstI) separately produced length, which roughly resonates with a length of the pMA plasmid.

With the data obtained for pMB (Table 3),the deduction of a restriction digest map for the pMB plasmid is as follows.

The first single digestion (Fig 3/Table 3, lane 14) with XhoI produced one fragment, which is about 5.05-kb. The suggest the length of plasmid pMB is 5.05-kb.

Also, BamHI + XhoI (Fig 3/Table 3, lane 11), the double digestion of BamHI + XhoI, produced two fragments. That indicates XhoI, BamHI, and EcoRI cut at one site, and each one separately produces one single fragment.

However, for the PstI restriction enzyme, when double digest performed with EcoRI (Fig 3/Table 3, lane 9), three fragments have been produced 3-kb, 1.3kb, and 790 bp. Moreover, when double digested with PstI + BamHI (Fig 3/Table 3, lane 12),three fragments also have been generated with different 2.55-kb 1.275-kb and 1.15-kb. Based on that, the date obtained for the gel electrophoresis image (Fig3) suggests that pstI cuts in two sites on the pMB plasmid. pstI has two recognized restriction sites inside the plasmid.

The similarities and differences between the two plasmids.

After the double digest and based on the data, the following similarities and differences between pMA and pMB plasmid have been observed:

First, the length, based on the restriction maps obtained from the gel electrophoresis (Table 3, Fig 3) pMA, is shorter than pMB (Fig 5) since pMA is about 3.6-kb whilst pMB is about 5.05-kb. That resonates with () that pMB derived from pMA.

As shown and indicate in the restriction map above (Fig 5), XhoI doesn’t cut pMA plasmid, which indicates there is no restriction site for XhoI in pMA plasmid. However, with pMB, XhoI produce a single fragment during endonuclease (Fig 6/ Table 3)

For the PstI enzyme, based on the result that has been obtained, PstI has one site when digest pMA plasmid and produced only one fragment, which indicates that it has only one restriction site on the pMA plasmid. However, when pMB double digested PstI with EcoRI or BamHI, it produced three fragments, and since  EcoRI and BamHI cut only once based on the data ( fig 4,5 table 4,5) that indicates and suggest that PstI has two restriction sites in pMB plasmid.

For some restriction endonuclease mapping experiments, the sum of the fragments of some multiple digestions is less than the total length of the starting DNA because the fortuitous locations of some sites produce fragments of the same size. Under these conditions, two different fragments

often stain more heavily than a band with only one kind of fragment.

This difference in staining intensity gives an indication that

coincidental fragments have been produced by restriction endonuclease

The resolution of fragments for restriction endonuclease mapping can

be enhanced by labeling the pieces of DNA, usually at the 5’ends, with a

radioactive compound or fluorescent dye and determining their lengths

after electrophoretic separation with autoradiography or fluorography,