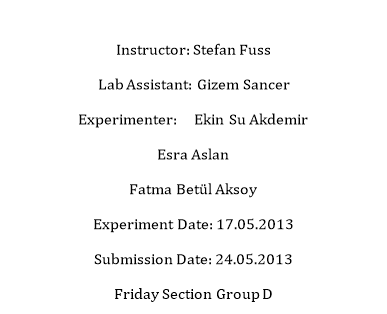 Stereopsis is the capability of assessing the depth of objects in the visual field, using the relative positions of the objects visualized by each eye.1 The difference in the right eye’s and left eye’s views in terms of the location of an object is defined as binocular disparity.2 The acquirement of the depth concept is a direct consequence of having laterally placed binocular visual system.1 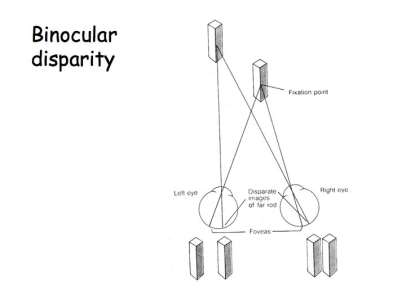 Stereograms, also called Single Image Random Dot Stereograms (SIRDS) are visual illusions that make it possible to get three dimensional images from two dimensional figures via looking at different parts of the image with each eye and copying the acquired images on top of each other.3

As perception of the vision is a phenomenon in which eye and brain work in harmony where eye is to see and brain is to process and correlate the incoming information. As it is light that makes the vision possible via being absorbed and converted into electrical impulses by photoreceptor cells, the quality and also the quantity of light coming to the eye play determinative roles in visual perception.4

Pulfrich effect is one illustration of the significant role of acquired light for visual perception. In this specific phenomenon, a low contrast object is perceived as slower whereas a higher contrast object is perceived as faster comparing the two objects moving with the same speed. The contrast difference is provided via attenuating one eye’s light acquiration using filter glasses. Pulfrich’s pendulum is constructed to express this effect in quantitative terms via calculating the pendulum’s period. It has been assumed that the subjective slower perception of the filtered eye contributes to the depth perception and the binocular disparity in a way, creating a so thought elliptical movement perception.5,6 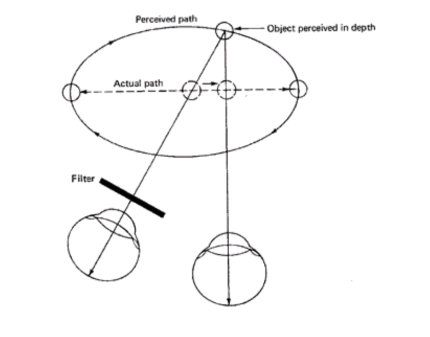 Figure 2: The diagram of the Pulfrich pendulum5

Another example of the depth concept in light of data known about visual perception is Ames room. In this particular illusion,if two person stands in the opposite edges of the room, one is perceived as gigantic compared to the other. The reason is that the walls and the windows or any other decorative elements are located in a trapezoidal way with one end of the room is far away located compared to the other with respect to the eyes. In the end, the cues on which the binocular vision depends to interpret relative features of visualized objects were mislead.7 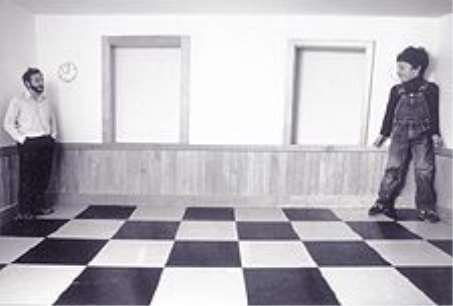 A small cube with three rods inserted in was observed by experimenters and the position when the relative distance between the rods could be perceived was discussed.

Using the website “http://www.blelb.ch/english/blelbspots/spot16/exspot16_en.htm”, the Pulfrich effect was observed and the perception changes along with the adjusted parameters was determined.

A cube with 3 differently sized rods are given. It is observed that when the cube is hold horizontally all three rods are seen in the same depth while when it is hold vertically it was clearly seen that one of the rods are not on the same axis with the other two.

From a website, movement of black dots is observed with using filtered glasses. It is observed that looking with a filter adds a depth of the movement, which is actually happening in two dimensions. The darker the filter is the more deep the circulation occurred; an elliptical path is observed. When the left eye is closed, the dots appear to come close to observer. The dots looks bigger when the degree of filter increased too.

A pendulum is fixed and set in motion, while eye of the observers is closed with a filter. Pendulum appeared in an elliptical path with a diameter. The results are shown in Table 1. P is the distance between right eye and left eye. When the left eye is closed, clockwise motion is observed while when the right eye is closed counter clockwise motion is observed. The object looks smaller when it seems to get closer to observer.

It is observed that Fatma and Esra’s results are not very consistent with the expected result but Ekin’s values were consistent except the last part of the experiment. The calculations will be made on Ekin’s results.

The period of the pendulum is found with

The calculations are shown in Table 2. The final part of the experiment is excluded because Ekin didn’t see the pendulum in that one.

In first experiment, it is understood that orientation of objects affects the depth of the object in the brain. When rods are vertical, it was seem deeper than rods are horizontally orientated.

In second experiment, Pulfrich Effect is observed. the light coming to our one of the eye was delayed somehow relative to the other one, we saw moving objects in 2-Dimension as if they were moving in three dimensional.

In third experiment, the classical demonstration of the Pulfrich Effect by a swinging pendulum was examined in order to learn the relationship between retina position of corresponding object and depth perception .The pendulum is swung back and forth,when viewed normally with both eyes, it seemed swinging back and forth. When a filter is placed in front of one eye, the pendulum suddenly seemed as swinging in an ellipse parallel to the floor. The background information of this depth perception relies on a reduction in retinal illumination which results a corresponding delay in signal transmission, imparting instantaneous spatial disparity in moving objects. This seems to occur because visual system latencies are generally shorter for bright targets as compared to dim targets. This motion with depth is the visual system’s solution to a moving target when a difference in retinal illuminance, and hence a difference in signal latencies, exists between the two eyes.

As it can be seen from the results part, changes in amplitude ,number of filters,distance from the objects leads to the differences in time delay results.For example, when we increase the size of amplitude, the time also increases because the more amplitude means the more in size of the eliptical pathway.Also, the increase in the distance from a real object results in an increase in the deviation of time. In Ekin’s result, the relationship amplitude and pendulum is the most close one to expected result. In Esra’s and Betül’s result, it was expected to increase the pendulum with the amplitude but it did not so. And also, time differences increases when the number of filters increase and with double filters ,higher optical density leads to more eliptical observation of pendulum.