All living things are made up of small blocks known as cells. These cells play a big role in the existence of all living things even though we cannot see the cells with our naked eyes. After we have a good look at the functions of a cell and all the organelles found in them we will have an understanding on the big role played by these minute organelles.

Small blocks known as cells make up all living things. The cells that we will be looking at today are the eukaryotic cells. In the eukaryotic cells are tiny cellular structures known as organelles that perform unique specific functions in order to keep the cell alive. To help us better understand and explain what really happens in a cell we can look at a country like the UK. In the UK they are different government departments, organisations and sectors that work together for the good of the country. UK in this case may be likened to a cell and the organisations, departments, sectors will represent the organelles.

In order to separate the inside of a cell from its environment the cell is surrounded by a membrane that acts as a protector for the organelles. All membranes are permeable to regulate the transport of materials in and out of the cell through small pore (Sue Hocking,2008). The largest organelle in the cell is called the nucleus and it is surrounded by a nuclear envelope which is a double layered structure made of two adjacent membranes. The envelope has pores which enable communication between the nucleus and the cytoplasm. The nucleus is the control centre of a cell where all instructions are passed on to other organelles. Just like the parliament of the UK we could agree that it also has a similar duty to pass all legislation of the land and assess all laws to ensure a good and safe life for its citizen. The nucleus contains coded genetic information in the form of DNA molecules which are involved in the synthesis of proteins (Ann Fullick et al.,2015). The DNA detects what the cell is going to do and how it will do it. Inside the nucleus is a dense ,spherical structure known as the nucleolus which is responsible for the production of ribosomes. The nucleolus is like a factory.

We also have some organelles that were first observed by the Italian scientist Camillo Golgi. These organelles are known as golgi, they appear as stacks of flattened sacs. Assembling glycoproteins such as mucin by combining protein and carbohydrates. The golgi also produces digestive enzymes and the formation of lysosomes. Lysosomes are spherical sacs surrounded by a single membrane and they contain some powerful digestive enzymes that help in breaking down materials(Micheal Kent 2000).

Organelles in a Eukaryotic cell 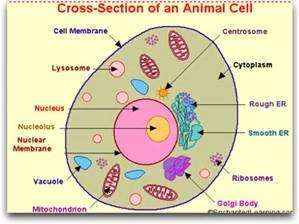 As evident in fig 1,we also have the mitochondria organelles which are important in the synthesis of energy in the form of ATP by a process called Respiration. This energy is made available to the cell in molecular structure. Active cells will normally have a lot of mitochondria available. C J Clegg(2000) says the mitochondria are relatively large organelles and has a double membrane, the inner forms many folds called cristae. Entry and exit of all materials is controlled by the outer membrane , as the movement of people is also controlled by the boarders that are in place.

Cell membrane are present in all cells and they facilitate the movement of substances into and out of the cell. It also goes on to provide protection for the cell. According to Ann Fullick(2000) all cell membranes are made up of two main molecules which are the lipids and proteins. These molecules react differently as the head is hyrophilic(water loving) while the tail is hydrophobic (water-hating). Cell membranes are selectively permeable meaning they let in some molecules and keep others out

Below is a diagram of a phosopholipid bilayer in Fig 2

AN IMAGE OF A PHOSOPHOLIPID BILAYER 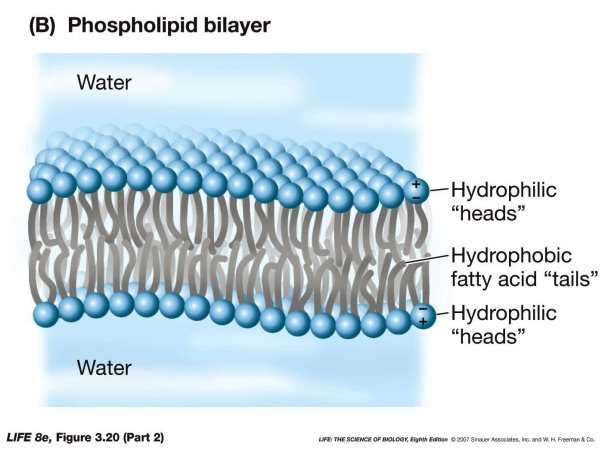 The second type of transport is called active transport(cell needs energy ). In active transport energy is needed as the molecules will be moving from an area of low concentration to an area high concentration. Endocytosis is the movement of large particles or fluids through the membrane into the cytoplasm of a cell(Bill Indge,2000). Exocytosis is the movement of particles from inside the cell. Finally we have protein pumps that are integral membrane protein that are capable of transporting protons across membranes.

The cell plays an important role in all living things despite the fact that it is so small and also we have seen that the cell has many organelles which are present to carry out different and unique functions in order to keep the cell alive. Without cells there is no life.

1a) The cell is a eukaryote because the cell has a nucleus that contains DNA.

The actual width of the cell is = 18µm