Decline in the quality of soil by the act of human and nature is called soil pollution or soil contamination. The main factors of soil pollution include excessive erosion, excessive use of soil fertilizers, pesticides, insecticides, herbicides, urban and industrial wastes, forest fires, water logging, leaching and drought etc. Studies have shown that soil contamination is increasing day by day in rural and urban areas. Faulty disposal of industrial and urban areas wastes and use of urban sewage for irrigation badly affect the physical and chemical properties of the soils. Some researchers have found that excessive use of chemical fertilizers and dyes and their improper disposal have increased the alkalinity of soils in the fringe areas of the city. Nature has an amazing ability to cope up with small amount of water wastes and pollution, but it would be hazardous if billions of gallons of waste water and other products produced everyday are not treated before releasing them back to the environment. The quantities and characteristics of discharged effluent vary from industry to industry depending on the water consumption and average daily product. Dye effluent mainly contains large amount of total dissolved solids limiting the industrial and agricultural use of water and high levels of chemical oxygen demand and biological oxygen demand.

Soil is also one of the vital resources on living planet Earth. It is heterogeneous in nature. Many scientists have documented adverse effects of different industrial effluents on the growth of plants and dye waste water has also been found toxic to several crop plants. One of the main sources with severe pollution problems worldwide is the textile industries and its dye containing wastewater. 10-25% of textile dyes are lost during the dyeing process and 2-20% is discharged as aqueous effluents in different environmental components. Waste water from any industries is often rich in color, containing residues of reactive dyes, organic chemicals and bleaching agents. Heavy metals like zinc, copper, manganese, iron etc. are present in the dye effluents. The present investigation was aimed to know the effect of dye industrial effluent on water and soil quality. It have been reported that the major problem associated with textile processing effluents is presence of heavy metal ions, which arise from material used in the dyeing process or in a considerably high amount, from metal containing dye. Most of the heavy metals are essential for growth of organisms but are only required in low concentrations. The present study was carried out to characteristic dyeing industry effluent in turn to their physicochemical properties and to evaluate the impact of industrial effluent on the soil near small dyeing industries in Sanganer industrial area, Jaipur (Rajasthan). Jaipur is situated in the eastern part of Rajasthan, surrounded on three sides by the rugged Aravali hills and is located at 26°55′N 75°49′E (26.92°N 75.82°E).

Various sites of capital city of Rajasthan (i.e. Jaipur) were checked and analyzed to collect the suitable samples for the analysis of physiochemical analysis of dye soil and after testing many samples three soil samples were collected from nearby agricultural field receiving textile effluent in Sanganer area Jaipur, Rajasthan. These samples were collected in the month of February 2015 in sterile polypropylene zip lock bags from a depth of 10-15cm. Samples were collected from three different sites in which two were from industrial land and were termed as Polluted Sample-A and Polluted sample-B respectively while one sample were collected from the same site but of normal soil and termed as Controlled Sample. Samples were allowed to dry for one week in sun light under constant study and care was taken to prevent addition of any of other pollutant while drying. When particles of soils shattered from each other after proper drying many experimental analysis were conducted in the laboratory with the help of various modern lab equipment. The collected soil samples have been analyzed for physicochemical parameters like pH, organic carbon, electric conductivity, nitrogen, calcium, magnesium, potassium, phosphorus, water. 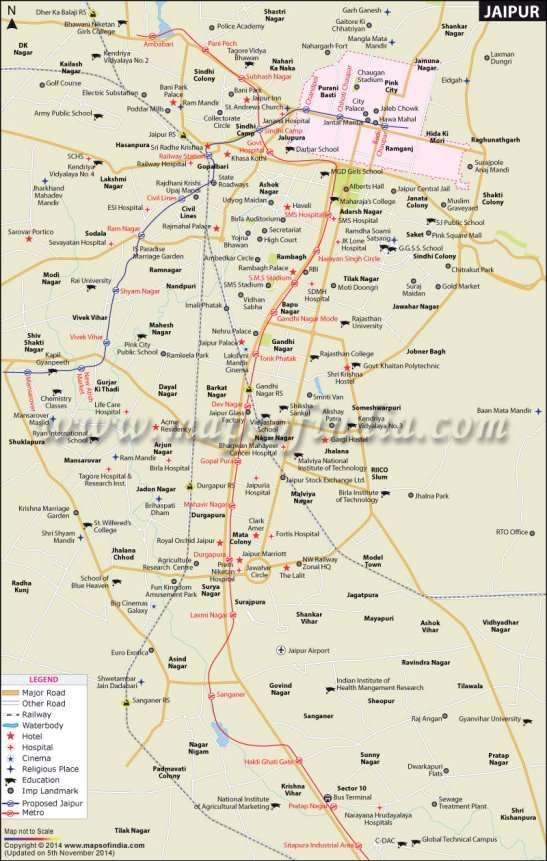 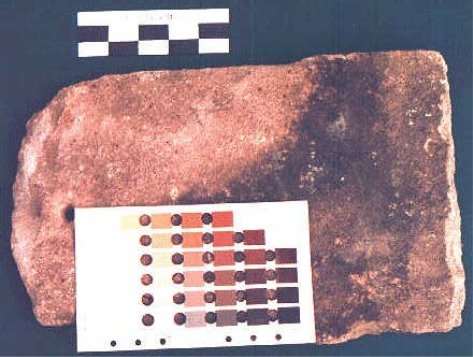 Color of soil is varying from one environment to another and this soil color is usually expressed in terms of symbols as given in Munsell’s chart. Compare the particles of soil with Munsell’s standard color chart. The chip with which the soil color match is taken out and symbols indicate on the chart is noted which gives the color of soil. Procedure: All the three samples were collected and compared on the Munsell’s soil chart with the help of chip. Three different colors were observed of three different samples. Observations:

Procedure Soil samples were gently crushed and passed successfully through a series of sieves of different mesh size. Different size minerals particles obtained are weighed. Now, based on the relative sizes of sieves and by comparing with the soil texture principle three sizes was considered as mentioned in the below table. Observations

Nature of the soil reaction is measured on a scale of 0 to 14. This scale is actually the negative logarithm of hydrogen ion concentration and therefore, as the pH value increases from 1 to 6.9, the acidity or actual H+ Ion concentration decreases. pH 7 is represent the natural condition and beyond it is alkaline For determination of pH prepared a soil water suspension made by mixing soil sample in distilled water (1.5 ratios). The suspension was shaken thoroughly. The supernatant liquid was tested for pH using an electricpH meter. Observations:

Soil moisture is a measure of soil water available to plant root. Moisture content is very much related to size and shape of mineral particles and the amount of pore spaces. It is an useful parameter to measure plant’s soil-moisture relationship.

Soil moisture content was generally measured by gravimetric method. In this method a soil was sampled, put into a container, weighed in the sampled condition and oven dried to constant weight (kept in oven at 105C – 110C). The samples were weighed again after drying.

It was generally estimated as per sent moisture content on oven dry weight basis. First of all the container weight was subtracted to get weighed of moist and dry soil.

Moisture content was observed and it is found that there is a ver little difference found in the three samples whether it is of polluted sample or controlled.

5. Study of conductivity of soil

6. Study of organic carbon in soil

The determination of organic carbon by Walkley and Black’s Rapid titration method, which is also known as Wet-digestion method Involves in the estimation of organic – carbon in soil. A known weight of soil is treated with an excess volume of K2CR2O7 the presence of concentrated H2SO4. The soil is digested by heated by heat of dilution of H2SO4 and organic carbon was thus oxidizedto CO2. The excess of K2CR2O7 is not reduced by organic matter is titrated back against a standard solution of ferrous ammonium sulphate in the presence of phosphoric acid and diphenylamine indicator.

1g of soil in a 500ml conical flask was taken, 10ml of 1nK2CR2O7 and 20 ml of concentrated H2SO4was added. The flask was shaken and allowed to rest for 30min. 200 ml of water was added to dilute the suspension, 10 ml of 85% phosphoric acid and 1ml of diphenylamine indicator was added. Titrated the solution with ferrous ammonium sulphate. Similarly blank titration was carried out.

B & S = the value of 0.5N ferrous ammonium sulphateused in the blank and sample titration, respectively;

7. Study of available phaspate in soil

The term available- P is refers to inorganic form , which is almost exclusively ‘orthophaspate’ , which access the p fertility level.

It can be extracted with 0.5M NaHco3 in the presence of activated charcoal. phosphorus is treated with ammonium molybdate which is result in the formation of phaspomolybdate. Addition of reducing agent produce character sticks blue color. The intensity of blue color is proportional to the quantity of P.

1gm of soil in a 100ml conical flask was taken. A pinch of activated charcoal was added and 20ml of 0.5 NaHCO3.The flasks was shaken for about 1 h and filtered the suspension through the Whatmen filter paper.

Pipetted out 5ml of soil extract in a 25ml volumetric flask and added 5ml of ammonium molbdate. Shook gently and add 1ml of SnCl2 in the working solution and to make the volume with distilled water. Measured the intensity of blue light at 660nm with the help of spectrophotometer.

A = concentration of P as read form standard curve and 100 is the total dilution. Observations:

Carbonate is the important soluble salts in soil can be estimated by simple acidimetric titration in the presence of phenolphthalein (pH>8.5) indicators. Phenolphthalein gives color so long as carbonate remains in the sample. It is discharge as soon as all the carbonate present in the soil sample gets converted into bicarbonate.

40gm of soil sample was taken in a conical flask. 200 ml distilled water was added and shaken on shaking machine for one hour. Filtered the suspension and used soil extract for further estimation.

5ml of soil extract was taken. 2-5 drop of phenolphthalein indicator was added. Titrated with 0.01N H2SO4 until pink color appeared. The titrated value was noted. Observations:

Biarbonate is the important soluble salts in soil can be estimated by simple acidimetric titration in the presence of Methyl orange (pH<6) indicators.

40gm of soil sample was taken in a conical flask and 200 ml distilled water was added and shaken on a shaking machine for one hour. The suspension was shaken and soil extract was used for further estimation.

Results Table at a glance: