Classification is the act of placing objects in groups based on characteristics which involves naming and describing different kinds of organisms and species. Historically, this was done by using physical characteristics which is known as the Linnean System. The modern system, the PhyloCode, uses a variety of different techniques which are DNA and RNA sequences in the proteins and genes.DNA is Deoxyribonucleic Acid that is present in nearly all living organisms this is the molecule that is the carrier of genetic information and assists with identification (Genetics Home Reference, 2017). RNA is a Ribonucleic Acid that is a nucleic acid found in all living cells, this relays messages from the DNA and controls the proteins (What is RNA, N.D.).

Using Classification throughout biology is critical as it assists scientists to group together and give organisms the correct names as they are to be identified based on DNA and RNA. There are several characteristics such as genetics, physical appearance and background. It is important to use classification so as any unknown organisms can be correctly identified (SOCRATIC, N.D.). 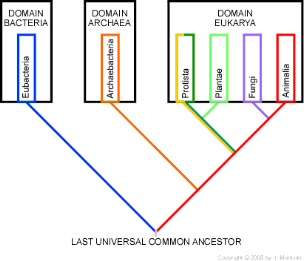 The Linnean System was developed by a Swedish scientist by the name of Carolus Linnaeus. He discovered that it was easier to create a standard system for naming species, as there was to many names for different species which were too long. He developed the two-part system called Binomial Nomenclature, these names are all scientific and written in the language of Latin. For example, a cat is Felis Catus and humans are Homo Sapiens. Carolus introduced Taxonomy which was a system used in assisting the grouping of organisms, after many years this system is still utilised today. He used this Linnean System to identify living things and give them a classification; this was an easy system to be able to sort the organisms using the names under headings of Life, Domain, Kingdom Phylum, Class, Order, Family, Genus and Species. The species that are the same can reproduce; where as organisms from the same Kingdom may not be similar (Study.com, 2017).

The advantage of the Linnean System was that changes could be made to this classification system and many years later other additions were added and updated, although there are limitations where this system is limited to groups that must be named with suffixes that signify their rank in this hierarchy, by reclassifying existing species this can make changes in rank and many taxonomic groups would need renaming (The Linnean System, 2016).

The set of rules for controlling Phylogenetic Nomenclature is called PhyloCode, which is designed to name the parts of the tree of life which branches out into three different categories; bacteria, archae and eukaryotes. This is classed as an evolutionary tree which displays the relationship between different groups of organisms. Their differences are genes and characteristics. The PhyloCode doesn’t name individual species but a cluster or group of species also known as a clade which share a common ancestor. The advantage of the PhyloCode is that it allows naming the ranks and avoids name changes that are made from non-scientific decisions. This also reduces errors made by taxonomists. PhyloCode has many benefits as it doesn’t name an individual species name but instead a cluster or group of species (American Scientist, 2017).

The Linnean system has been used by scientists since the mid 1700,s and is still current, this is the governing body and rules for classification and has been favoured by scientists for many years, whereas the PhyloCode is unsure on how to convert names of species and controls only clade names. As scientists do further study, organisms may be placed into two different species as all organisms where identified as belonging to a single species, they were grouped together as they may have been similar in appearance, with the invention of DNA and technology, there can be changes in classification (American Scientist, 2017).

The PhyloCode is more beneficial system for the future as the Linnean System has been used for many years (since mid 1700’s). By creating a new system, the world of science will revolutionise as PhyloCode is more straightforward and simple system for modern day scientists and students. New information can be implemented as it is researched.

Both, PhyloCode and Linnean System are ways of classifying organisms and biologists spend time on identifying and naming these organisms, this is very important for scientists so they can be grouped properly and as there are still unknown organisms, they need to be identified correctly as well. Planet earth has many different species.