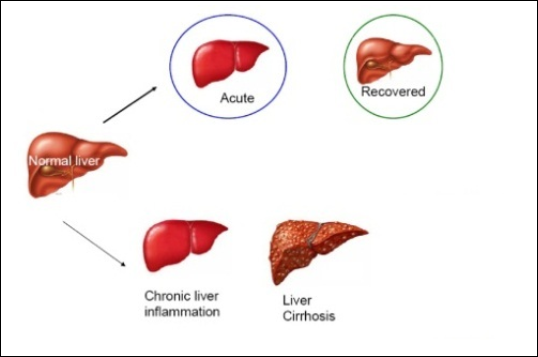 Figure 1 show the stages of liver damage which eventually lead to cirrhosis.

Hepatitis means inflammation of the liver. Hepatitis B and hepatitis C is the most common hepatitis which can lead to the liver damage caused by their chronic forms. Viral hepatitis is cleared from the body in a period ranging from weeks to months, by the immune system but when it is not as seen in chronic hepatitis, the disease must be managed medically [5].

Hepatitis can also be brought on by excess alcohol consumption or inherited (congenital hepatitis)[5]. When hepatitis left untreated, it can damage the liver over many years, eventually resulting in cirrhosis [5].

Cirrhosis is a condition in which normal, healthy hepatocyte are damaged and replaced by nodular and fibrotic tissue. A cirrhosis-damaged liver can cause decreased hepatic function and widespread disruption of many body functions [3].

For cirrhosis, the biliary channels become obstructed and caused portal hypertension. The hypoxic necrosis is developed as a result of blood circulation is shunted away from the liver (due to neovascularisation) [4] 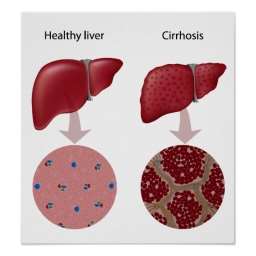 Figure 2 shows the normal appearance of the cells of the liver, compared to cells of cirrhotic livers.

Hepatopulmonary syndrome is the clinical relationship between hepatic dysfunction and the existence of pulmonary vascular dilatation which can result in a range of arterial oxygenation abnormalities [6].

HPS is defined by the presence of chronic liver disease; abnormal arterial oxygenation or an arterial partial pressure of oxygen in the absence of an alternate cause; and evidence of intrapulmonary vascular dilatations (IPVDs) [7]

Hepatopulmonary syndrome occurs mostly in patients who have established cirrhosis and portal hypertension [8]. From a pathophysiological point of view, abnormal intrapulmonary vascular dilatation is linked to portal hypertension, which in itself leads to altered bowel perfusion and an increased rate of enteral translocation of gram-negative bacteria and endotoxin.

This process in turn stimulates the release of vasoactive mediators, which include tumour necrosis factor, haem-oxygenase-derived carbon monoxide, and nitric oxide. The increased production of nitric oxide in the lung plays a central part in the pathogenesis of the hepatopulmonary syndrome [8].

Increased concentrations of exhaled nitric oxide are positively correlated with the increase of alveoloarterial oxygen difference. The constitutive and the inducible isoforms of nitricoxide synthase have been implicated in this process. 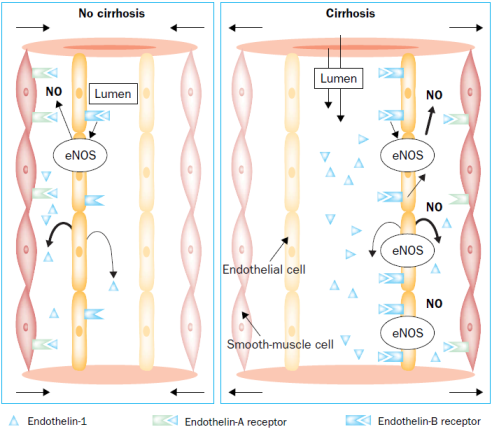 Below is how defective synthesis and metabolism of pulmonary vasoactive substance lead to intrapulmonary Vasodilation. 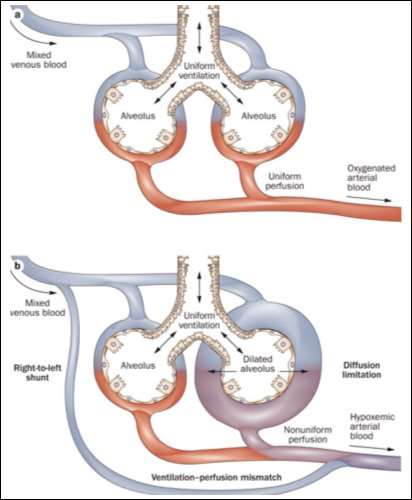 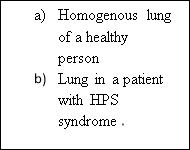 Figure 4: Ventilation-perfusion mismatches the oxygen reach the capillaries and blood.

Hepatorenal syndrome (HRS) is generally occurs in patients with cirrhosis and portal hypertension [10]. HRS is characterised by major disturbances in circulatory function and renal failure [10]. Intense vasoconstriction of the renal circulation has resulted in renal failure [10].

The HRS is the final consequence of extreme underfilling of the arterial circulation secondary to arterial vasodilatation in the splanchnic vascular bed [10, 11]. The principle abnormality in the systemic circulation is low arterial pressure caused by greatly reduced total systemic vascular resistance [11]. The prognosis remains poor, particularly when there is rapidly progressive renal failure [11].

HRS occurs in the setting of cirrhosis predominantly, but it can also be developed in other types of chronic liver disease like alcoholic hepatitis. 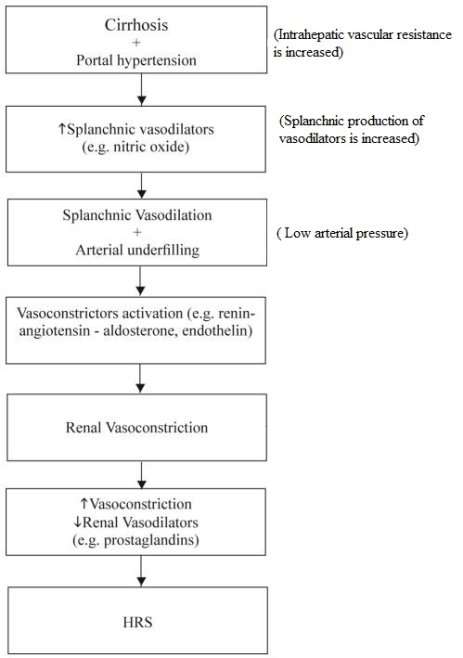 Figure 6: Proposed pathogenesis of HRS in cirrhosis, according to the arterial vasodilatation [13]