Bacteria are microscopic, single-celled organisms that can be found in all kinds of environment, that includes inside and outside of other organisms. They are the most diverse and successful group out of all prokaryotic organisms. The goal of this lab is to identify the unknown bacteria by traditional cellular and biochemical tests and by DNA sequence-based methods of species identification.

The first step of identifying the unknown bacteria is to determine the shape, size, color, and other characteristics of it. These characteristics help us determine if the colonies are bacteria, yeast, or mold. Bacteria will appear flatter and liquidity compared to yeast which will generally be puffier. Mold will look fuzzy and has a volcano-like elevated center. Bacterial colonies have multiple shapes such as circular, rhizoid, irregular, or filamentous. The colonies can also differentiate with different edges such as entire, undulate. Lobate, filamentous, or curl. Bacterial cells can vary in shape. For example, round (cocci), rod-like (bacilli), or helical (spirochete).

The next step of identifying the unknown bacteria is to determine if enzyme catalase is present in the bacteria or not. Catalase is an enzyme that is produced by microorganisms that live in oxygenated environments that neutralize the bactericidal effects of H2O2. The catalase will break down the H2O2 into oxygen and Water. In order to find out if the bacteria can produce catalase enzyme, a small sample of the bacteria will be mixed with 3% hydrogen peroxide and observed for bubbles.

An oxidase test will also help identify the unknown bacteria. The oxidase test is used to reveal whether the bacteria can produce cytochrome c oxidase, an enzyme for the bacterial electron transport chain. Which means bacteria that test positive for the oxidase test are aerobic, which means it can use oxygen a terminal electron acceptor in respiration. Bacteria that test negative either cannot use oxygen as an electron acceptor or utilize a different cytochrome to transfer electrons to oxygen. For this test, we will be observing for color change on the oxidase slide.

Then a Mannitol Salt Agar (MSA) test is performed. This test is used to test for salt tolerant. Because MSA contains a high concentration of sodium chloride, only the salt-tolerant species can grow on it. Non-salt tolerance species cannot survive to reproduce on this medium. And the fermenting species would change the color of the medium from red to yellow or orange.

To make the live culture, we scraped a colony of the unknown bacteria and transfer it to a PCR tube containing 295 μL of sterile water. Then we vortex the tube for 2-3 seconds to uniformly distribute the cells in the water (Holbrook and Leicht, 2019).

Once the live culture has been created, we set up the PCR tube. We made two PCR tube; one with bacterial DNA and the other for control which contains no DNA and both containing 25 μL of 2X PCR Master Mix. We added 5 μL of live bacterial culture and 20 μL of 16S rRNA Primer Mix to the tube with bacterial DNA. In our control tube, we added 5 μL of sterile water and 20 μL of 16S rRNA Primer Mix. Then both tubes were briefly centrifuged in the microcentrifuge. Once mixed, the DNA was amplified by the following procedure (Holbrook and Leicht, 2019):

To conduct the catalase test, we obtained a microscope slide and place it in an empty Petri dish. Then the unknown bacterial were collected and smeared onto the microscope slide. We added one drop of 3% hydrogen peroxide onto the smeared bacterial and watched for bubble formation (Holbrook and Leicht, 2019).

For the MSA test first, we added the unknown bacteria to a tube containing sterile water. Then, using a micropipette we added 50-75 μL of the liquid bacterial culture and 5-10 sterile glass beads to MSA containing Petri dish. The Petri dish was shaken up and removed once the liquid bacterial culture is evenly distributed. They were incubated for 2 days at 37oC before we could observe the growth on the dish (Holbrook and Leicht, 2019).

A liquid culture containing unknown bacterium and 300 μL of sterile water was added to EMB-lactose, PEA, and vancomycin containing agar. The 5-10 sterile beads were also added and remove once the liquid culture is distributed evenly. The Petri dishes were incubated for 1-2 days at 37oC before we could observe the growth on the dish (Holbrook and Leicht, 2019).

50 μL of 3% KOH were added to a microscope slide with the unknown bacteria. The solution was stirred for about 60 seconds. Then using a sterile toothpick, we test to see if the solution has a “string” appearance (Holbrook and Leicht, 2019).

Preparing the Gel for Analysis of Purified PCR Product

To prepare the 40ml of 1.5% agarose solution we added 0.6g of agarose and 40ml of 1X TBE buffer into a glass flask. Then we microwave the solution for 45-60 seconds until the solution boiled. While the gel is cooling, we set up the gel tray. After the flask has cooled to the point where it is warm but not hot, ethidium bromide was added to the flask. Then we gently swirled the flask to mix the solution. Once mixed we poured the liquid into the gel tray and leave it to set completely. When the gel has solidified, we removed the comb and placed the tray with the gel onto the electrophoresis chamber and filled the chamber with 1X TBE buffer until the gel completely covered with buffer (Holbrook and Leicht, 2019).

First, we added 6 μL of purified 16S rRNA PCR products and 4 μL Loading Dye into the microcentrifuge tube with the bacterial sample. As for the control microcentrifuge tube, we added 12 μL of the control PCR reaction and 4 μL of the Loading Dye. Then both tubes were spin for about 10 seconds in the mini centrifuge. Next, using the P20 micropipette we load 10 μL of bacterial DNA into wells 2, 5, and 7 (three different groups shared the gel, so each well had a different bacterial DNA), 10 μL of the controls were added to wells 3, 6, and 8, 10 μL of DNA Size Stand were added to well 4, and leaving well 1 empty. The lid was placed onto the electrophoresis apparatus and was set at a high voltage. Then we ran the gel until the blue dye moved about ¾ of the length of the gel. Once the gel had finished running, it was removed and photographed with the Fotodyne UV illuminator and camera (Holbrook and Leicht, 2019).

To create the dilution, we mixed together 2 μL of purified PCR product and 6 μL of sterile water. Then to get to the concentration of 3-10 ng of PCR DNA, we used 4 μL of the dilution and 6 μL of Big Dye mix. The tube was mixed and placed into the thermocycler. The following program was used (Holbrook and Leicht, 2019):

Once the DNA is sequenced, we used Chromas to analyze it. The poorly read ends were trimmed out, and the “N” basses are changed to whatever base had a peek at that location. Once edited, the sequence is copy and pastes into the BLAST database to determine the species of the bacteria (Holbrook and Leicht, 2019).

When observing our petri dish containing the unknown bacteria, it was slightly raised with a yellow tint color throughout the colonies. All the colonies were circular with a smooth and glistening surface. When observing our live culture under a microscope, we observed the bacteria shape to be rod-like.

When we performed the catalase test with our unknown bacteria, the hydrogen peroxide reacted strongly with the bacteria. There was an immediate formation of bubbles which was created by the conversion of H2O2 to O2 and H2O. As for the Oxidase test, the bacteria reacted strongly on the oxidase slide. When the bacteria were smeared onto the slide it turned blue indicating that the bacteria possess cytochrome c oxidase.

Figure 2: Results of the MSA test.

Figure 3: Classification of Unknown Bacteria as Gram-Positive or Gram-Negative. 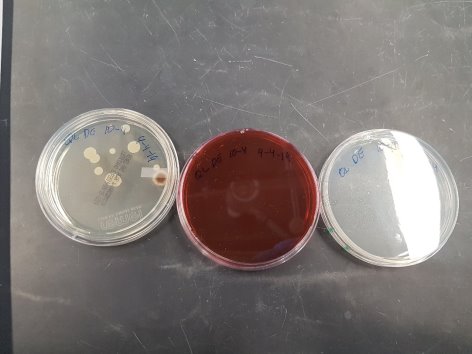 Figure 5 is the results of the gel electrophoresis of the unknown bacteria. Figure 7: Top 5 Match from the BLAST database for unknown bacteria

With the sequenced DNA, we were able to edit it and submit it to the BLAST database. With this, we found out that our bacteria stand was Aeromonas shown in figure 7.

The unknown bacterial DNA sequence of 16S rRNA gene matched up with the sequence of Aeromonas. Aeromonas is rod-shaped bacteria. Their colonies are smooth, convex, rounded and are tan/buff-colored. It is also Gram-Positive, Oxidase positive, and Catalase Positive. Aeromonas can exist in both aerobic and anaerobic environment. Aeromonas is also salt tolerance but up to a certain concentration.

The characteristic of Aeromonas is consistent with our finding. We observed the same morphology to what was described of Aeromonas. The colonies were smooth, with a glistening surface. As the for the bacteria cell itself, it is a rod-like shape. Our catalase test and oxidase test shows that Aeromonas can produce enzyme catalase and possesses cytochrome c oxidase. Aeromonas is a Gram-Negative bacterium.  It is consistent with the other test we have done, for example, growth on the Vancomycin, growth on the PEA, and the string test. With the similarities in the physiology and morphology, we can conclude that the DNA sequence was accurate, and the unknown bacteria is Aeromonas.

The tests that were not consistent with our finding is the EMB-lactase test. There was no growth on the EMB-lactose medium. A reason why could have occurred is that while making our live culture, we did not put enough of the cells into the solution. Another inconsistent is the MSA test. There was no growth on our MSA medium which indicates that the bacteria are non-salt tolerance. Aeromonas is a salt-tolerance bacterium but only to about 6%. MSA contains about 7.5% – 10% concentration of salt. This could have been a reason why we had no growth in our MSA medium.

Overall, most of our results were consistent with the sequencing and the BLAST results. We conclude that the unknown bacteria was Aeromonas, a gastrointestinal pathogen that can

cause food poisoning and diarrhea.